Nigerians Reacts; As this Beautiful lady Announced Her Conversion To Islam Today. 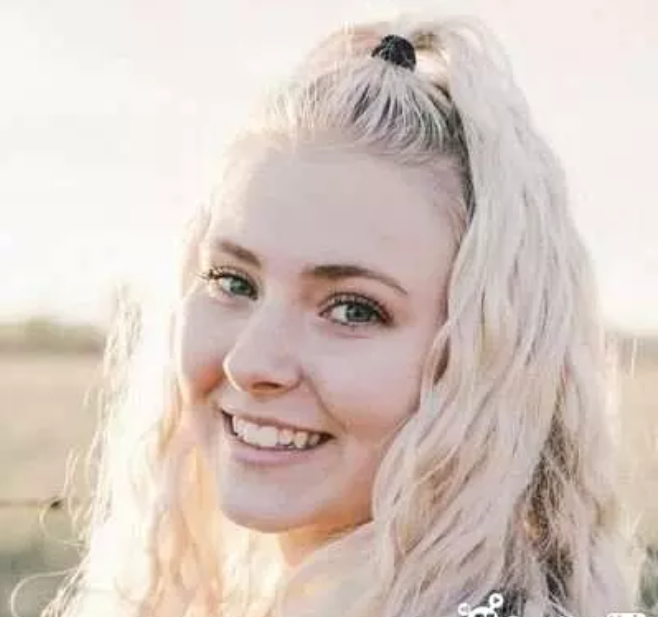 The religion Islam is spreading across the world faster than we think, thousand of people are joining the religion.

Recent research shows that Islam is the fastest-growing religion in the world, because of the beauty they believe to have found In it. There is now a greater percentage of Muslims in Europe than ever before.

Despite the controversy attached to the religion Islam, in recent times it has been linked to terrorist attacks and terrorist activities like the ISIS. yet it doesn't stop the spread of the Religion, as more thousand people still run into it. 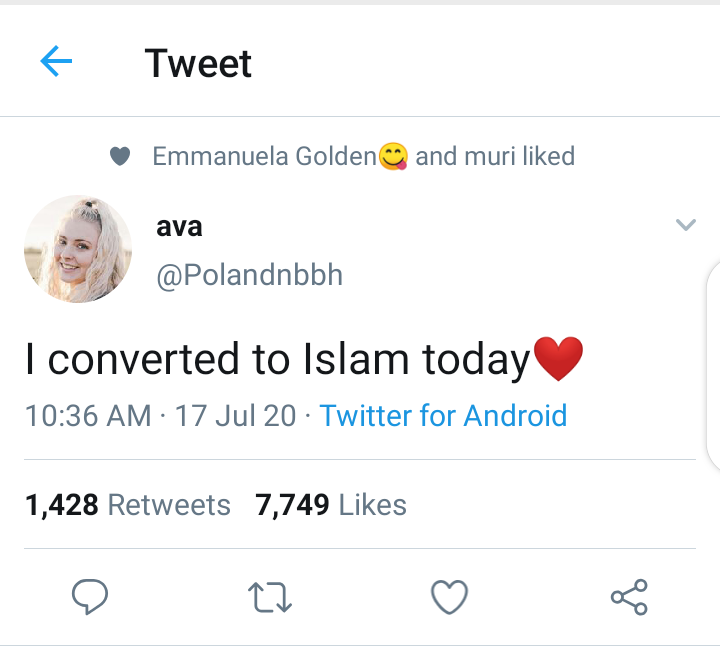 A white lady identified as Ava Poland recently announced her conversion to Islam today. The lady didn't state the reason for her conversion or the Religion she left for Islam

However, many social media users have reacted to her conversion into the religion of Islam.

"I'm Christian but congratulations. No one knows the real deal, just be a good person and be kind to humanity."

"Welcome to the religion of peace

"Welcome to the religion of peace, my sister. it is not easy to accept what the whole world seems to be portraying the wrong image of. May Allah bless and grant you happiness from a source you could never imagine. We love you."

"Congratulations on ur choice. Life and death is a choice but make it wisely. After all, "Jesus is the only way, truth, and life. No one comes to the Father except through him"

I pray for u dear that Jesus happens to u at last..."

Congratulations, Sister. You have found the straight path to life in this world and the hereafter. You are very lucky. Let us bow and repent. Intimate greetings from Indonesia ..."

"Good for you. The Lord continue to guide and protect you. May He adds more to ur knowledge of Islam. And accept it from u."

"Congratulations. May Allaah strengthen your faith in Him and May He continues to guide you through." 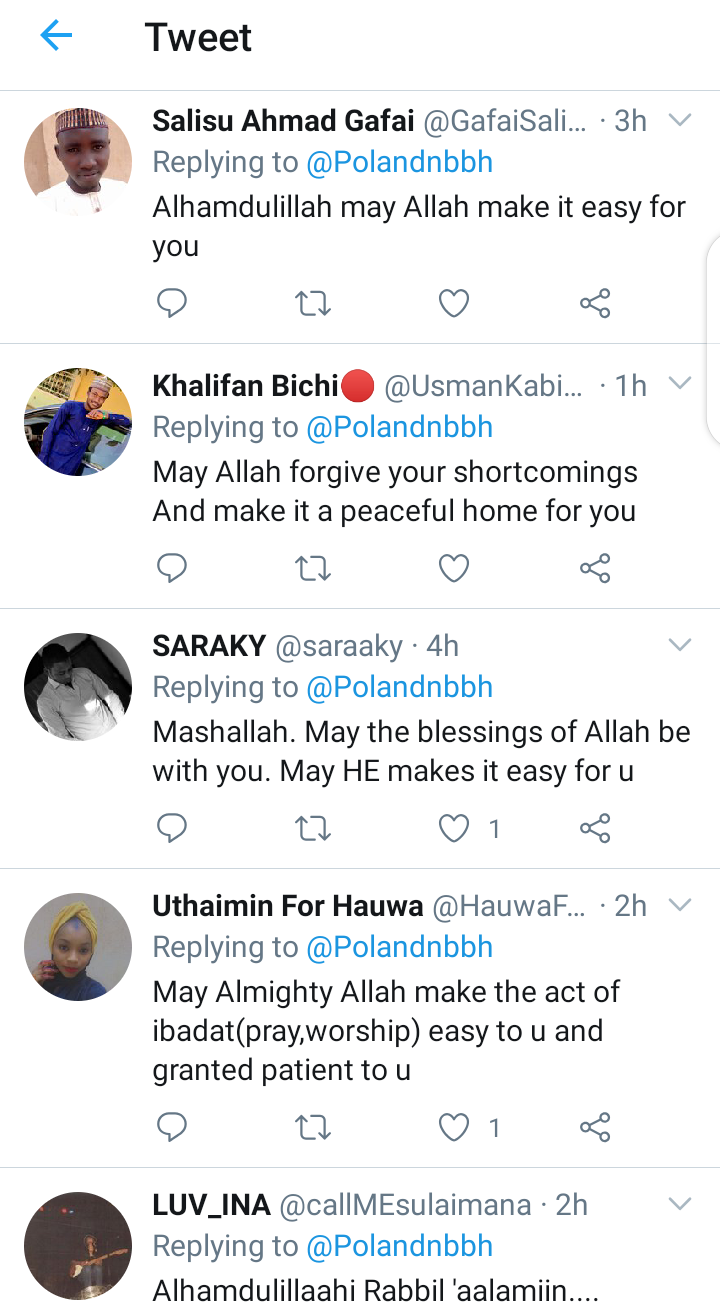 Many supported her and wish her good luck in her new religion while many others blasted her for taking the ultimate decision. They argued that she will regret the decision in the hereafter.

What can you about her decision?