By Bigmoses (self media writer) | 2 years ago

It is no longer news that Nigeria was a British colony with both beautiful and ugly history. It is an undeniable fact that the giant of Africa gained a lot from the British rule ranging from knowledge to dressing and a very decent style of leadership. It will be an act of wickedness not to mention that we lose more that we gain/benefit.

British system of ruling started in Nigeria from the mid-nineteenth century and ended in 1960 when the giant gained independence. Though the Europeans have been in West Africa for a while they were well recognized when Lagos was annexed as a Crown Colony in 1861 through the Lagos Treaty of Cession. The British style of ruling expanded after then which led to the establishment of Oil River Protectorate in 1884. Establishment of the southern protectorate and northern protectorate also took place respectfully.

The Naming and Amalgamation

In 1897, Flora Shaw named the British territory as "Nigeria" after river Niger. The name Nigeria simply means "Niger area". The nation has over 500 local languages, but English was generally recognized as lingua franca for all of them. The Yoruba, Igbo and Hausa were the main tribes in Nigeria, these people have different culture, religion, history, language and even mode of thinking. 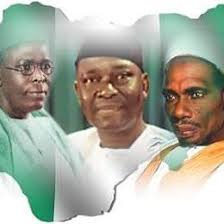 The heterogeneous groups of people who don't really trust each other were amalgamated in 1914 by Lord Fedrick Lugard for the purpose of convenience in terms of administration and economy. The Northern protectorate is mainly devoted Muslims while the Southern protectorate is largely Christians. It is crucial to note that the two merged protectorates were culturally different, in fact, they speak a different language yet the togetherness was sealed by Lord Lugard.

It is about 60 years Nigeria has gained independence (1960) and ended British ruling in 1963 but things are not really sweet for Nigerians, there have been poverty, insecurity and political troubles ever since then but that is not the deal of this article, in this write-up, we will list 6 major things Nigeria gained and 20 things we lose from the colonial administration.

1. Togetherness: Nigeria wouldn't have been regarded as the giant of Africa if not for our togetherness. The northern and southern protectorate of Nigeria were merged in 1914 making Nigeria the most populous and the most heterogeneous nation in Africa. 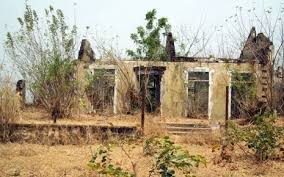 (Photo of the building were Nigeria was amalgamated)

2. English Language: back then, there was serious tension among different groups concerning the language which will be official. The Hausas wanted their language to be used likewise the Yoruba and Igbos but there can only be one official language, so the English language fills the space that could have caused trouble. Today, the English language serves as lingua franca for all, either good or bad English, many Nigerians can speak.

3. Western Education: Before the colonial era, the set of people now known as Nigeria were full-time farmers, many cannot read or write but during the colonial era, many universities were established. Giving western education to the people and facilitating easier communication among the tribes. The University of Ibadan is the first Nigerian university, established in 1963.

4. System of governance: it is an act of wickedness for anyone to say Nigeria does not have a system of the ruling before the Europeans came. Though we were ruled by traditional leaders then, the old Oyo empire has Alaafin as the King ruling with the help of a council of Obas and the Oyo Mesi.

Before the holy war of 1804 the Hausa/Fulani people were under the control of Emir who ruled according to the doctrine of Islamic law with the assistance of others like :

* Sarki fada - is the leader of palace officials

* Sarki Ruwa - is the leader of fishers

* Galadima - he administers the palace

The Igbos were controlled by the council of elders which were made up of chiefs and elders in the town.

The system of governance we gained from the British is no doubt a big gift as it makes leadership easier.

5. Civilization and Development: those days, our forefathers dress locally and prepare their meals using firewood. Back then, there was nothing like gas cooker or stove, no electricity no civilization, all thanks to Colonialism. During the colonial era, many bridges, railway station, hospitals, schools and other basic amenities were constructed. I understand that Nigeria is not developed till date but at least, they introduced the development and we must appreciate that. 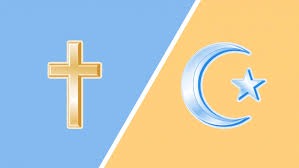 Anything that has an advantage will surely have demerit too. The giant of Africa is a product of colonial decision which has been really beneficial to all but its negative impacts seem to be more than positive. Below are 20 elements Nigerians lose to Colonialism:

1. Self-esteem - we were forcefully colonized

2. Our culture is no longer popular

3. Our language is fading, many youngsters don't understand their native language while they speak English fluently.

4. Political peace: all regions have their way of governance before the colonial era but not now.

5. Political pressure: every region wants to be in the apex of the nation's politics

6. The traditional system of the ruling was abandoned

7. Happiness: some region is not happy with the togetherness for some reason best known to them.

8. Nigeria was named by a non-Nigerian (Flora Shaw)

10. We were exploited by our natural resources. British empire exported a large portion of Nigeria's resource during their era

11. We were made to abandon our traditional religion

12. Many people were kidnapped and sold into slavery in their era 13. Homemade technologies were forgotten after British shipped in theirs (you know ours cannot compete with theirs)

16. We treat them like God by carrying then on our shoulders but they treat us less. 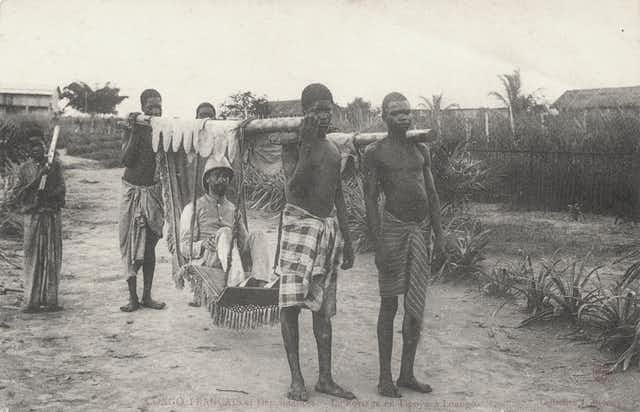 (Picture of black men carrying their white master on their shoulders)

17. Dependency: we gain independence but we still depend on them for the purchase of certain commodities.

18. We lose the love of ourselves - things made in Nigeria is not always the best for some Nigerians, they want imported good and that is the mentality planted in us.

19. Manipulation - the colonialists were expert in manipulating the truth, they condemn our ways using words of mouth and our politicians learnt that from them.

20. Finally, we lose ourselves: gather 20 Nigerians, give them one-year visa to the UK and a million naira to stay in Nigeria, you will surely be amazed when 15 of 20 will choose to travel to the UK.

Well, the colonial masters are gone, we are independent but still grossly underdeveloped, I wouldn't give that credit to colonist but to our politicians who are full of themselves instead of the people.

Do you think the list of our loses to Colonialists is completed? If not, feel free to add yours through the comment section.

Please be sincere, if you were given 1 year Visa to the United Kingdom and a million naira to start a business in Nigeria, which of them will you choose?