After Calling For Removal Of The 26 Verses of The Qur'an That Promote Violence, Supreme Court React

According to a report from The IndianExpress, The former chief or leader of the Shia Waqf Board, Waseem Rizvi have field a petition calling for the removal the 26 verses of the holy Qur'an which promote violence and claimed that does verses were not part of the original Qur'an but was added by the Caliph after the death of prophet Muhammad. 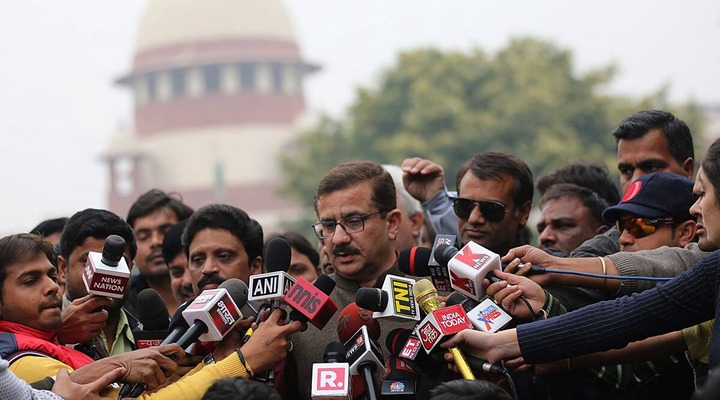 Mr Rizvi filed the petition on the 11th of March 2021in the top court of India which have led to a lot of backlash from Islamic clerics and even the organizations in Uttar Pradesh and a lot of protest has against the cleric have being going on in several cities around the world.

In the Early of Monday 12th of March 2021, the Supreme court of India which the petition was filed to, dismissed the PIL that ask for the removal of the 26 verses from the Quran alleging that they violate the law of the land and promote extremism as reported by Bar & Bench reported. and the court also ask the petitioner Waseem Rizvi to pay the sum of Rs. 50,000 as a fine.

The former Union Minister Syed Shahnawaz Hussain who condemned the move by Waseem Rizvi stated that "he strongly object and condemn the petition asking for the removal of the 26 verses of the Qur'an and that his party stand against the removal any religious texts including the Qur'an.

Ladies, Glam Up Your Nails With These Stylish And Beautiful Nail Designs

Ladies, Be The Centre Of Attention With These Stunning And Jaw Dropping Aso Ebi Styles

You Can't Give What You Don't Have, Reno Omokiri Tells Buhari After He Pledged To Stabilize Chad