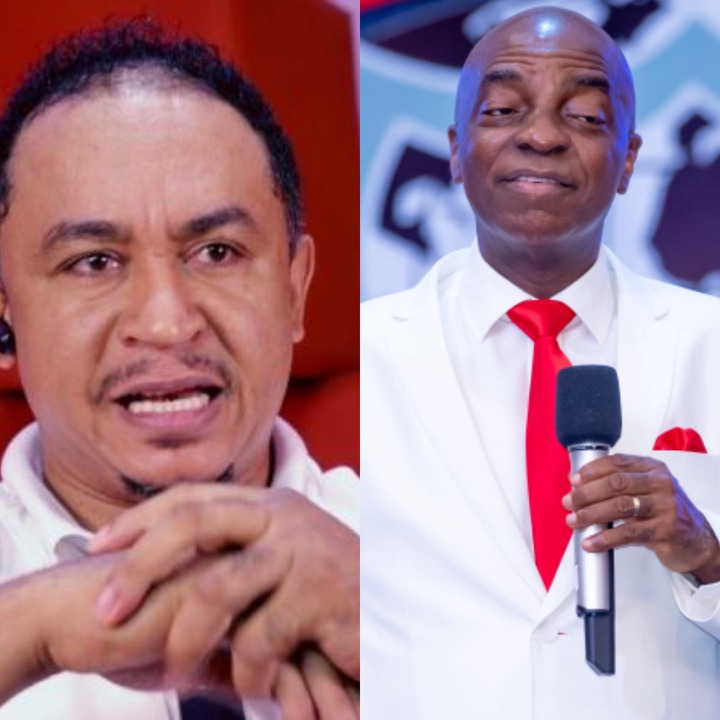 Since the release of the tithe teaching on the official page of Bishop David Oyedepo that says “Tithing is an inescapable covenant obligation. Prosperity not just wealth is impossible without tithing, because when you're not paying your tithe, you're under a financial curse.” Many people have been reacting to the tweets including bible scholars and many public figures, among which Reno Omokri and Daddy Freeze are among those who reacted to the tweets. 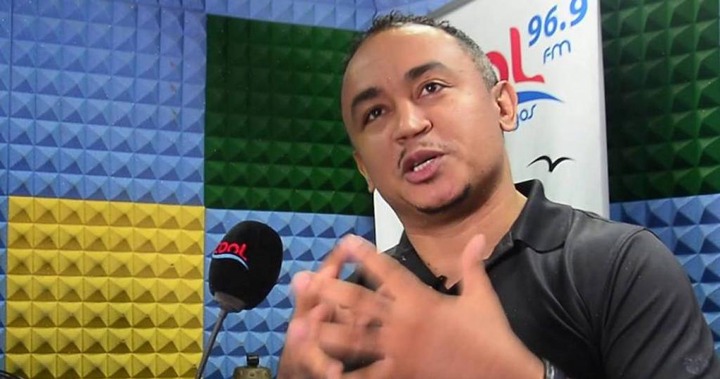 Daddy Freeze who was reacting to the tweets today first reacted to it on his Instagram handle saying “Utter nonsense!🙄‬ Are you one percent as prosperous or as wealthy as Jeff Bezos, Bill Gates and Warren Buffet who don’t tithe?‬ I personally find this unscriptural statement manipulative and cruel.‬” “Christ didn’t collect tithe neither did the disciples, yet no one was cursed!‬ Tithing is the old law, obeying the old law partially, without obeying all the 613 laws of Moses is what carries a curse. That’s why to us Christians, it’s referred to as the law of sin and death!” before he later went to his YouTube page to say he has been trying as much as possible to neglect many teaching concerning tithe for some times now, as he doesn’t want to have anything to do with them. But he was forced to reply base on the fact that someone directed him to see the tweet and he finds the tweets very weak and shallow. To him he believes that teaching is very manipulative and illusory, as it doesn’t find its roots in the New Testament doctrine. 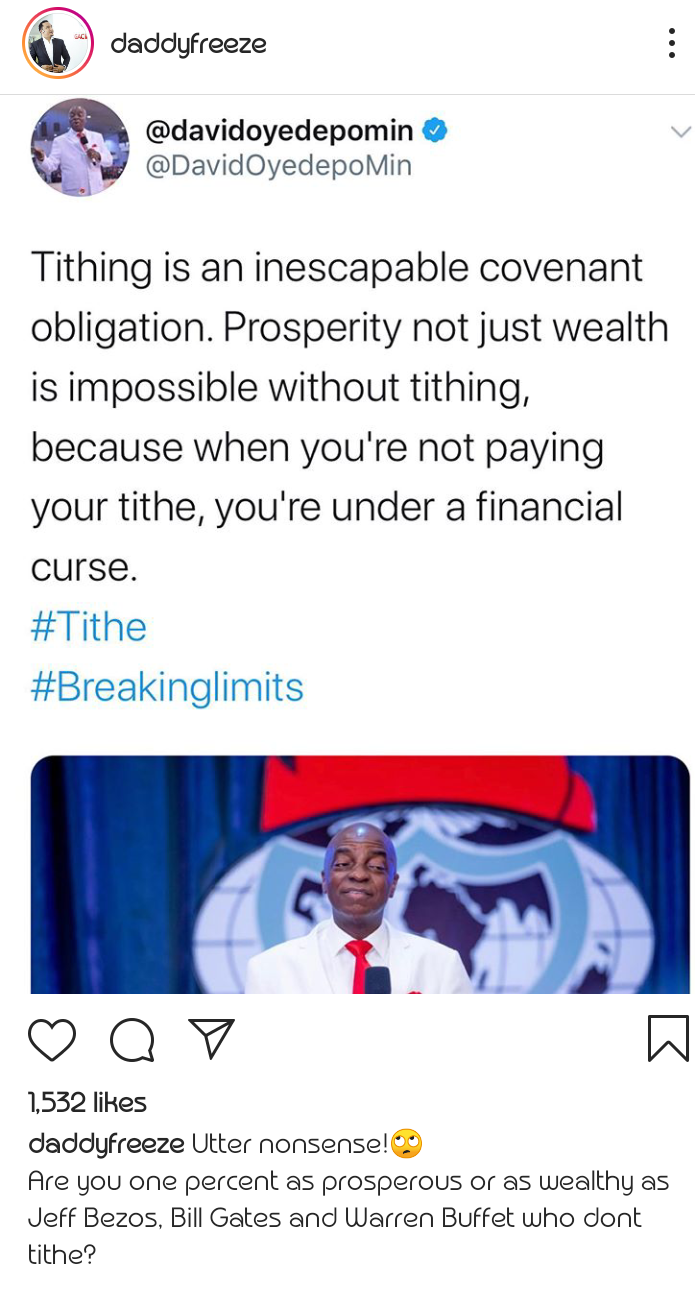 According to him he asked what does “prosperity not just wealth is impossible without tithing” means? People like Jeff Bezos who worth $178 billion and Bill Gate who worth $112 Billion and are not Christians does that means they are not prosperous? He went ahead to say that the annual revenue of Nigeria from Oil as at 2019 was ₦4.62 trillion and that’s about 10% of Jeff Bezos assets, in which Jeff Bezos doesn’t tithe and he’s far richer than Nigeria. He said he wished be under the financial curse that Jeff Bezos, Bill Gate, Mark Zuckerberg and the likes are because they are not tithing. 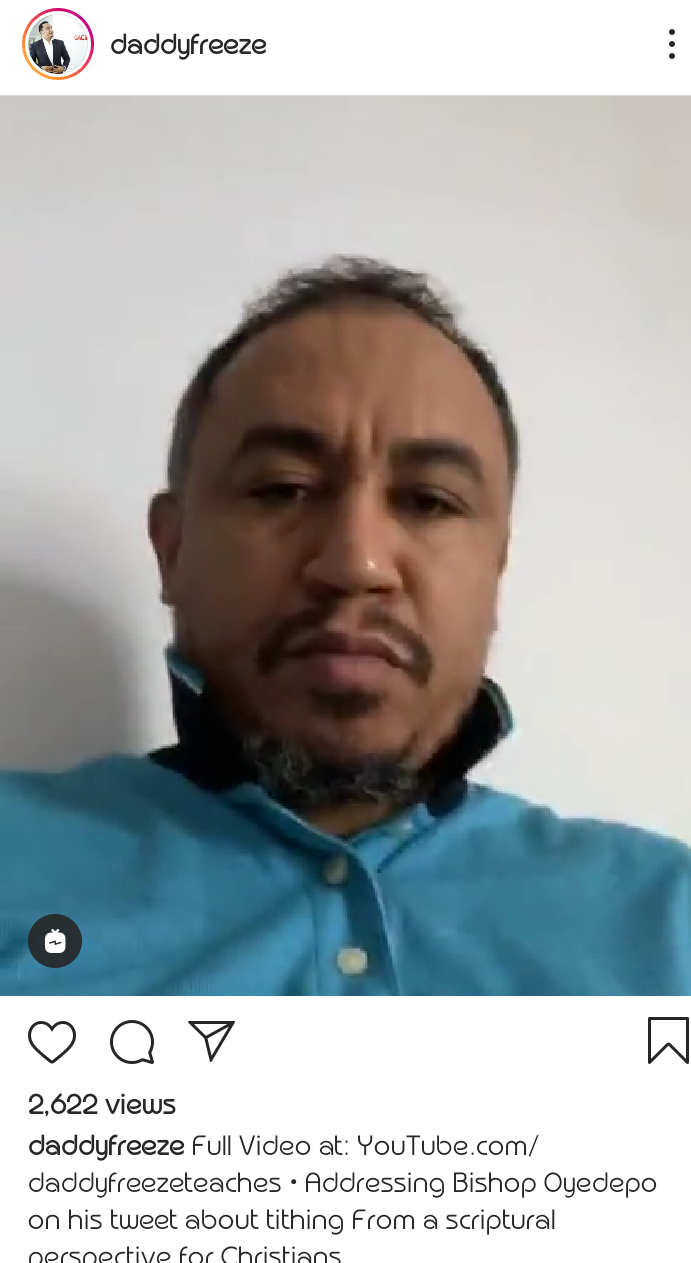 He then went further to say that Tithe or tithing is not a New Testament doctrine and that Jesus and all the first Apostles including the first churches didn’t Pay or receive tithe for or from anybody. And that the only time tithe came up from the New Testament was during Hebrew 7 where Apostle Paul was teaching about the Correlation between Jesus Christ and Melchizedek and not tithe. 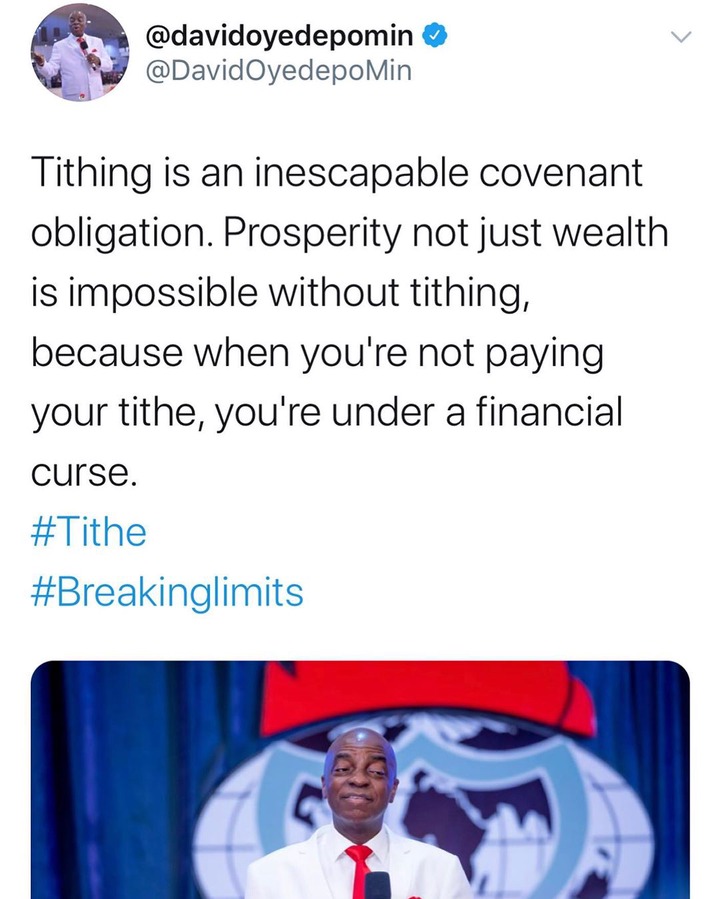 He went ahead to state that Abraham was already wealthy before he met Melchizedek and even the spoils he took from the battle when he went to rescue Lot and his family that he didn’t touch it, he gave 10% of the spoils to Melchizedek and 90% to the King of Sidon. He then revealed that there are 613 laws in the Bible and Christians are just keeping 1 for there selfish interest and that’s tithe. And that whoever is trying to please God by keeping the laws is not under Christ Grace, he backed it up with Romans 4:15, Hebrew 7:5, Galatians 3:10, Roams 8 :2.