The Story Of Jesus Of Kitwe, Who Was Beaten And Why The Beaten Led To The End Of His Ministry 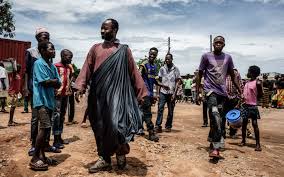 So is the story of Mupeta Chihimba, who resided in the Mindolo township of Kitwe in Zambia.

Mupeta claimed to have descended from heaven in 1999.

He said this just to relate it to what the biblical Jesus Christ said about his second coming, but his aim in coming was to abolish political rule and establish judgment on all mankind. 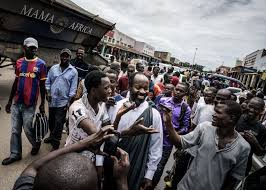 This was his proclamation, and he began to have followers from the land, whilst other people who heard about him from several areas were visiting him.

However, he suddenly changed his motive for the sermon and began to criticize the sermon of the pastors and prophets, saying they were deceiving people by saying Jesus Christ was coming back while he was already there.

In a nutshell, he went to a marketplace to proclaim that he was the real Jesus Christ that people should follow and jettisoned all that their pastors were saying. That got the people around exasperated and they pounced on him to the extent that the people don't want to let him go by beating him ruthlessly; some even suggest they crucify him while others jeered at him that if he was the real Jesus Christ he should save himself. 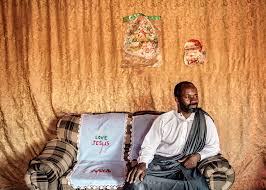 After he was let go, many of his followers were disappointed to see their savior molested. The shame that he sustained eventually dissuaded him from his mission.