Check Out What The Quran Teaches About Ruqya(Incantation)

By FlagOff (self media writer) | 8 months ago

What is the meaning of Ruqya? 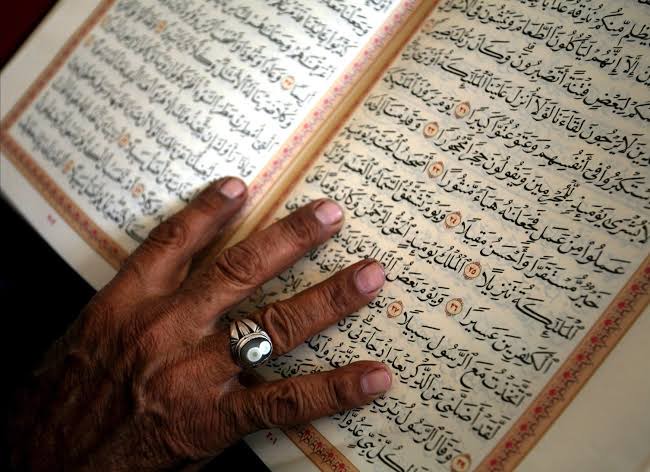 Ruqya is the practice of exorcising Jinns or evil spirits from a person's body by reciting the Quran. Perhaps there are a few things that most jinns despise, such as Musk and Habbatus sauda. Ruqya can, however, be used on someone who is suffering from the effects of black magic or evil eyes. Ruqya is not the same as bid'a.

Ruqyah is frequently translated as "incantation" in English, which has a negative connotation because incantation is usually connected with sorcery, spells, and witchcraft. Ruqyah, on the other hand, is the recital of the Qur'an, seeking refuge, remembering, and supplications that are used to alleviate illnesses and other issues in Islam.)

There are two varieties of Ruqyah:

1. Ar-Ruqyah Ash Shar'eeyah: As previously stated, it is subject to three circumstances. According to Ibn Hajar (rahimuhullah), there is agreement on employing Ruqyah if three conditions are met which are;

* It has to do with Allah's utterance (Qur'an), as well as his names and traits.

* It must be written in Arabic, or

* it must have a known meaning in other languages.

This sort of Ruqyah is allowed, and it is the focus of this discussion.

2. Ar-Ruqyah Ash Shirkiyah: This defies Ruqyah Ash Shar'eeyah's criteria and contains Shirk, associating partners with Allah. It leads to a person's demise in this life and the next, as well as an increase in disasters and illnesses.

According to the Prophet's word, this form of Ruqyah is forbidden and these Ruqyah can be described as Magic (whether learned, practiced, or taught), fortune telling, horoscopes and superstitious belief.

Content created and supplied by: FlagOff (via Opera News )