Opinion: Why The Osu Caste System Still Exists And The Way Forward

By Petruslasky929 (self media writer) | 2 years ago 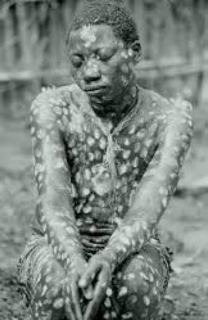 Every human society has cultural and traditional practices that were handed over from one generation to the other. Hence, there is that proclivity of the individuals, group or community to cling firmly to those idiosyncrasies.

This is the case, especially, with the religious traditions due to their ambivalence toward the sacred. Due to civilization and transformation of different cultures and societies, the contemporary world no longer hold tenaciously to those practices especially the outrageous ones that threaten human existence; like killing of twins, beheading the heads of virgins for the funeral rites of a king, etc.

However, in the Igbo cosmology, there are other practices that are still observed with fear. One of these is the Osu Caste System. One could ask why there is still the relic of this caste system. The interrogative therefore, constitutes the theme of this write-up.

In the first place, it would be pertinent to know who an osu is in order to understand the meaning of a caste system. In his Things Fall Apart, Chinua Achebe (1986:111) defined the osu as, “a person dedicated to a god, a thing set apart – a taboo forever and his children after him.

He could neither marry nor be married by the free born. He was in an outcast living in a special area of his village, close to the great shrine wherever he went he carried with him the mark of his forbidden caste-long, tangled and dirty hair”.

Caste, according to the Oxford Advanced Learners’ Dictionary 8th Edition is, “the system of dividing society into classes based on differences in family origin, rank or wealth”. It is a mentality based on superiority and inferiority due to skin colour, religion, economic status, etc. The Indian and Osu Caste Systems are typical examples.

Speaking of the origin of this caste system, Uchegbulem presented that some of the gods in Igboland demanded for human sacrifices during their festivals.

In order not to face their wraths, the people contributed money called utu aja which was used to purchase or kidnap a slave either a man or woman depending on the gods’ prescription (cf. Uchegbulem, C.O. The Ethical Implication of Osu Caste System in Igboland, 1994, p.27).

This person becomes an osu with all the qualities stated in Achebe’s definition. There is this contrasting view also originating from the Nri kingdom in which the Nri people possessed cleansing powers to purify any kingdom.

Any community then, that does not meet the requirement needed from the Nri spiritualist, is regarded as osu. Emeka Ogbonna also pointed out that parents of twins who run into a shrine of any deity to avert their killing for having desecrated the land are in most cases, consecrated to be osus (cf. Emeka O. Dismantling Osu Caste System in Igboland, 2009, p.15).

Also, one can become osu by marriage when a Diala (free-born) marries osu and vice versa (cf. Christian O. “Osu Caste System: The Need for Abrogation and Way Forward” in The Light Magazine Our Cultural Heritage: The Root of Human Authenticity, vol. 7, no. 1, 2013, p.22). 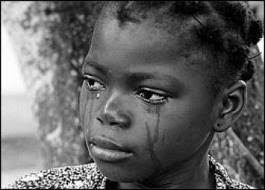 EFFECTS OF THE OSU CASTE SYSTEM

The Osu Caste System flourished in the Igbo primitive societies due to a lot of factors. In the Igbo contemporary societies, there are also factors that would make it unfeasible like; civilization, modernity, acceleration in science and technology, proliferation of religions, etc.

Despite the fact that it excelled in the primitive stage, it had effects that threatened human existence, communality and unity hitherto. It caused discrimination and segregation among the people, killed lives, dehumanized human beings, war, hatred, inequality, etc.

Due to these unhealthy consequences, the need therefore, to abrogate it becomes urgent.

The historic address of Nnamdi Azikiwe in 1956 which tried to elucidate the need for the abolishment of the caste system and place every one as equal before the law remains a landmark.

However, it is still practised in some parts of Igboland, such as Oba in Anambra State. Those affected due to its stigma in Igboland migrate to another place for a communal living. Why the Osu Caste System perdures till today in Igboland is because the ideology hinges on supernaturalism.

Even though Christianity is preached and people have received enlightenment, there is still an inherent theophobia (fear of gods). Some still believe that the whims and caprices of these deities are still powerful, therefore, not adhering to the stipulated laws guiding the osus could bring curse upon them.

The fear and belief hence, that these gods are still potent makes Osu Caste System difficult to annihilate and obliterate.

Four years ago, according to the Vanguard, it was noted that the Osu Caste System was abolished in Irete community in the Owerri West Local Government. It was stated as well that the Eze Nri Enweleana II, Obidiegwu Onyesoh declared the same during the 1019th celebration of the New Yam Festival in September, 2018.

Taking such bold steps by every Igbo community would be making a way forward. There can be organized Seminars, Conferences, Public fora, Symposia, etc, by the government and Christian institutions that would discuss ways of abolishing the caste system amidst evangelization on the dignity of the person.

Hence, if we should conscientiously and tenaciously hold to our faith in the supremacy of One God who created us in his image and likeness (cf. Gen. 1:27) both in equality and dignity, we would not only be regaining a loving, just, peaceful and communal Igbo cosmology but be bequeathing such to posterity.

Content created and supplied by: Petruslasky929 (via Opera News )