Why you shouldn't go to hell 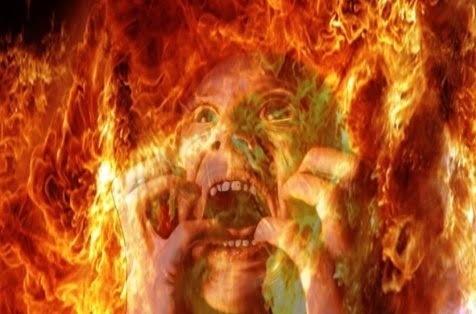 is an afterlife location in which evil souls are subjected to punitive suffering, often torture as eternal punishment after death. Religions with a linear divine history often depict hells as eternal destinations, the biggest examples of which are Christianity and Islam, whereas religions with reincarnation usually depict a hell as an intermediary period between incarnations, as is the case in the dharmic religions. Religions typically locate hell in another dimension or under Earth's surface. Other afterlife destinations include Heaven, Paradise, Purgatory, Limbo, and the underworld.

Hell is real. Jesus, the Son of God, came from heaven to teach us the way to heaven. He promised that he would give eternal life and raise from the dead everybody who believes in him (John 6:34-40). At the same time, nobody in the Bible warns so often about hell as Jesus does.

Jesus taught in the story about the rich man and Lazarus that immediately after death unbelievers go to Hades. There they are “in torment“, and the rich man complains that he is “in anguish in this flame” (Luke 16:23-24). Of the believing Lazarus Jesus says that he is “at Abraham’s side” (Luke 16:22). Later Paul writes that after death believers are “with Christ” (Philippians 1:23). These are the states that we often think of as hell and heaven, and that we go there immediately after death. That is not totally wrong, but we should realize that these are temporary states, waiting for the judgment of the last day, when Jesus will return. Only then the full glory of heaven and the full terror of hell will be revealed.

Content created and supplied by: Pope_chris100 (via Opera News )

How to Build a Capsule Wardrobe

4 Cute Ways to Style a T-shirt

How to manage bedbug bites in children