How Profound an Impact can the Gospel Have on a Society?

By Olatunde72 | self meida writer
Published 7 months ago - 0 views Reading Acts 19:1–20, it is clear that the gospel made a tremendous impact on Ephesus. Paul’s two years of ministry here along with “unusual miracles,” the very public deliverance of a man from an evil spirit, and burning of magic books had left their mark. “So the word of the Lord grew mightily and prevailed” (v. 20).

So much so that Demetrius, a silversmith, took action against them. He was a maker of “silver shrines of Diana” (v. 24), the goddess Diana (also known as Artemis). These shrines were used as household idols and in the worship at the temple of Diana. Worship of her, centered at the great temple of Diana at Ephesus (one of the Seven Wonders of the Ancient World), was widespread throughout the Roman Empire. It is likely that the riot described in this passage took place during the annual spring festival held in her honor at Ephesus. The statement “brought no small profit” suggests Demetrius may have been the head of the silversmiths’ guild—which would explain his taking the lead in opposing the Christian preachers.

Demetrius cleverly played upon his hearers’ fears of financial ruin, religious zeal, and concern for their city’s prestige. The Christian preachers, he argued, threatened the continued prosperity of Ephesus. His audience’s violent reaction shows they took the threat seriously (v. 28). That was the impact of the gospel on their daily lives. The frenzied mob gathered in the theater clearly threatened the lives of Gaius and Aristarchus because of their role in the delivery of the Christian message

price of samsung a20 in nigeria result checker jamb 2019 sanusi lamido sanusi education travis greene songs 2019 virgin hair styles
Opera News is a free to use platform and the views and opinions expressed herein are solely those of the author and do not represent, reflect or express the views of Opera News. Any/all written content and images displayed are provided by the blogger/author, appear herein as submitted by the blogger/author and are unedited by Opera News. Opera News does not consent to nor does it condone the posting of any content that violates the rights (including the copyrights) of any third party, nor content that may malign, inter alia, any religion, ethnic group, organization, gender, company, or individual. Opera News furthermore does not condone the use of our platform for the purposes encouraging/endorsing hate speech, violation of human rights and/or utterances of a defamatory nature. If the content contained herein violates any of your rights, including those of copyright, and/or violates any the above mentioned factors, you are requested to immediately notify us using via the following email address operanews-external(at)opera.com and/or report the article using the available reporting functionality built into our Platform

See What Davido is Holding With Qdot That Got Mixed Reactions 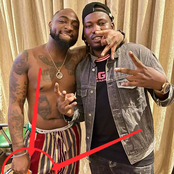 Thank You For Tattooing My Name On Your Body, But That's All You Get For Faking Suicide - Ka3na Says 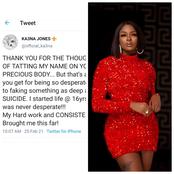 8 Steps To Win Over A Girl Who Rejected You 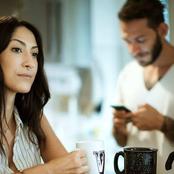 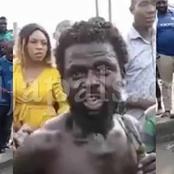 Just A Bite From This Spider Can Cause An Erection In A Man For One Hour. 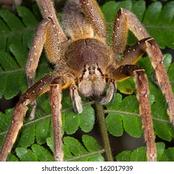 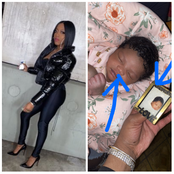 Check Out These Hilarious Pictures Than Can Make You Laugh And Forget Your Sorrow. 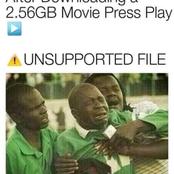 See Pictures Of People That Were Buried With Their Riches (Photos) 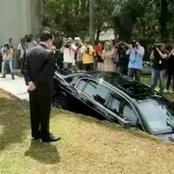 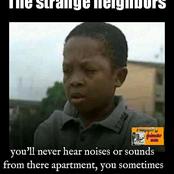 "My Father, Why Hast Thou Forsaken Me", This Is Why Jesus Made That Statement On The Cross 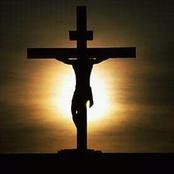