All praise be to Allah.

There is no favour and blessing bestowed upon mankind and all that is created from Allah than sending the prophet Muhammad (saw) as mercy to mankind. 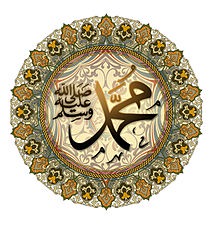 Prophet Muhammad (saw) was from whom the true definition of Islam, humility, patience, perseverance, tolerance, piety, magnanimity, respect, justice, honesty, freedom, unity, love, worship, mercy and God fearing to mention just a few was derived. He is indeed a man like no other. In his appearance and character he is the best of creation.

However, this article focuses on prophet Muhammad's habits and character that defined what he is with particular emphasis to magnanimity.

The prophet Muhammad (saw) normally kept his eyes down, never looked at others side ways as did people who are proud and arrogant, always face people directly, he didn't speak unnecessary. He never opened his mouth wide while speaking but his speech was always clear and understood. He spoke few words with wider meanings. He spoke to people with such respect that a person felt like he was the most respected in the prophet's eyes.

He lowered his head while walking and never drag his feet, he walked with long steps as if someone who was descending from some height.

He greeted first whoever he met, while shaking hands he never withheld his hand before the other person. He gave equal attention to his companions and never showed any superiority. With smiling face he always met people and a show of love and kindness, people never experienced any discomfort in his company neither was he rude nor harsh in his dealing with people.

His high nobility of character earned him such unmatched respect from his companions. When prophet Muhammad (saw) was speaking in a meeting his audience used to be so attentive and motionless as if birds perched on their heads which they did not want to be disturb.

His attention was always on attending the need of others guiding them on what benefit them and society as whole. It was part of his gathering command to always tell people who were present to convey the message to those absent. He never saw the problem of others and ignored them. His gathering always began and ended with Allah's remembrance.

The prophet (saw) divided his hours at home into three parts : a part for worship, apart for his wives and a part for himself. His own time was utilized by others without reserving any time for personal use.

His humility is incomparable. Once a village woman came and saw that the prophet (saw) was dining on the floor. She exclaimed: " O Messenger of Allah! How is it that you sit and eat like slaves?" The holy prophet (saw) replied: In the sight of Almighty Allah which slave can be lowlier than me?

Despite all that Allah has done to the prophet of blessings and miracles in the entire history of his life there is no where he showed an iota of arrogance. Entire creation used to honor him, earth used to hide his excrement, the clouds used to shadow him, he spoke to the creatures other than humans, the animal on which he rode never became old, flies and insects never sat on him, forgiven for his past and future sins the list is endless yet this world has and what is in it has no value for him.

One day angel Jibreel came to the prophet (saw) and said: " The almighty Allah has authorized you and now it is up to you to be either a Messenger slave of Allah and a man of humility or a prophet king. Your rank will not be lower in any case. Then he offered the keys of earthly treasures to the holy prophet (saw). Allah says you may take them and open the treasure of your choice and use the same.

The holy prophet (saw) replied: " I prefer to be a slave of God and His Messenger and a man of humility. I don't like being a king. Then angel said: By God who made you a true Messenger, when these keys were given to me. I heard the words which you uttered from an angel speaking on the fourth heaven.

He never saw any wrong and kept quiet. Once the prophet (saw) entered to Aisha (ra) and saw a piece of bread lying on the ground and it was likely someone may step on it so the prophet (saw) took it up and put it in his mouth and said: " O Humaira, you should appreciate God's blessing because if that blessing is withdrawn, it returns never." 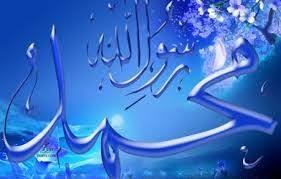 What always leaves me in awe any time I thought about prophet Muhammad (saw) was his magnanimity. For a period of 13 years while the prophet (saw) was still in Makkah, the polytheists would rebuke, taunt and mock him, and abuse him both physically and mentally. They placed the after birth of camel on his back while he prayed, they boycotted him and his tribe until the social sanctions became unbearable. They plotted and attempted to kill him on more than one occasion, and when the prophet migrated to Madinah, they rallied the majority of the Arab tribes and waged many wars against him yet when he entered Makkah victorious with an army of 10,000, he did not take revenge on anyone.

His mercy extended to those who brutally killed and then mutilated the body of his uncle, Hamza (ra), one of the beloved of people to the prophet (saw). Hamza was one of the earliest to accept Islam and, through his power and position in the Quraishite hierarchy, diverted much harm from the Muslims.

An Abyssinian slave of the wife of Abu Sufyan Hind, sought out and killed Hamza (ra) in the battle of Uhud.

After Hind had killed Hamza (ra) she mutilated his body by cutting his chest and tearing his liver and heart into pieces. When she quietly came to the prophet (saw) and accepted Islam, he accepted her and did not say anything. She was so impressed by his magnanimity and stature that she said " O Messenger of Allah, no tent was so deserted in my eyes than yours, but today your tent is more lovely in my eyes than yours."

Ikrama son of Abu Jahal was a great enemy of prophet (saw) and Islam. He ran away after the victory of Makkah and went Yemen. After his wife embraced Islam, she brought him to the prophet Muhammad (saw) under her protection. The prophet (saw) was so pleased to see him that greeted him with the words: " O emigrant rider, welcome."

Safwan bin Ummayya, one of the chiefs of Makkah was also great enemy of the prophet Muhammad (saw) he promised a reward to Umar Ibn al Wahab if he managed to kill Muhammad, when Makkah was conquered, Safwan ran away to Jeddah in the hope of finding a berth that would take him to Yemen by sea. Umar Ibn Wahab came to the prophet (saw) and said: " O Messenger of Allah, Safwan Ibn Ummayya, a chief of his tribe, has ran away from fear of what you might do to him and threatened to cast himself into the sea.

The prophet (saw) sent him guarantee of protection and when he returned he requested that the prophet (saw), to give him two months to come to a decision, he was given four months after which he became a Muslim by his own will.

Habir Ibn Al- Aswad was another vicious enemy of prophet Muhammad (saw) and Islam. He inflicted a serious injury on Zainab, daughter of the prophet (saw) when she decided to migrate to Madinah. She was pregnant when she started her migration, and the polytheists of Makkah tried to stop her from leaving. Habir Ibn Al- Aswad, physical abused her and intentionally caused her to fall from her camel. Her fall has caused her to miscarry her baby and she herself was badly hurt. He had committed many crimes against Muslims as well. And when Makkah was conquered, he wanted to flee to Persia but when he decided to the prophet (saw) instead the prophet (saw) magnanimously forgave him.

The night before the victory of Makkah, Abu Sufyan accepted Islam, fearing the vengeance of prophet (saw), and the prophet (saw) sought no retribution for his years of enmity and forgave him.

Upon all that, on the day the prophet (saw) conquered Makkah he gathered all and said:

" O people of Quraish! What do you think I will do to you?"

The prophet then said: " Then I say to you what Joseph said to his brothers: " There is no blame upon you, Go! For you all free!"

Don't forget to like and and feel free to drop your view on this article and as you share, you also get the reward of good deeds.

" O Allah increase your blessings upon the prophet Muhammad (saw), his family, his companions and all those who followed them ."

www.arabnews.com Prophet Forgave Even His Archenemy