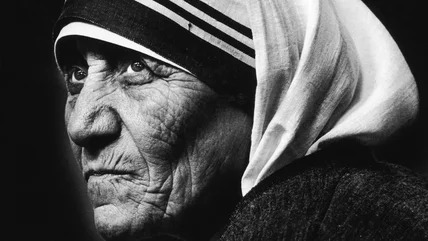 Agnes Gonxha Bojaxhiu is the woman whose name later entered the books of history as Mother Teresa of Calcutta the woman who was born in Macedonia in 1907, was the woman many believed to have changed the world in her own capacity.

Though born in Macedonia, Mother Teresa spent most of life in India, and in 1948 she founded the order of the Missionaries of Charity, an order she dedicated to taking care of children, especially the poor and less privilege. The order was basically a Roman Catholic congregation of women, they simply went from place to place ensuring the care of children and the old who have been displaced by war of may have lost their loved ones in terrible attacks. Her actions, as noble as they are earned her the Nobel Prize for Peace in 1979.

Even as weak as she becamw before her death, as the old age and it's weakness set in she still was active, working tirelessly in ensuring that her job as one lf the foremost care-taker of the poor whereever she found herself is not left without attention. 6 months before her death, she was still said to have been working tirelessly in the effort to ensure the poor and children are taken care.

In 2016, Pope Francis canonized her after a long time of debate that had gone under whether or not she should have been, or that of those who claimed it should have happened earlier. However, Mother Teresa was in no doubt one of the most famous people alive at some point but though her works, were known to all she still stood as one of the most controversial people in the world too. 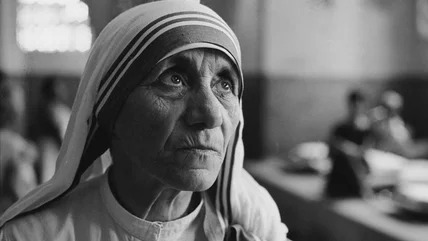 For instance, while they laid dying, Mother Teresa was said to have baptized dying people, under the guise of trying to cool them off with a wet cloth. Some believed that it was an attempt to force her believes on them, hoping that this will help them to be saved before they died. There were also issues of hygiene that surrounded the care-taking of children in some of her facilities. However, these things are nothing compared to the last few moments of her life, a period many consider to be the most controversial.

While the great charitable mother Teresa was described by some as a good and wonderful human being, it was believed that at the last few moments of her death, her life or "soul" was almost taken over by the devil. Her closest friend and the Archbishop of Calcutta mentioned this while speaking about her life and death. He said, "She and I were in the same hospital when I noticed she got very agitated at night, although she was very peaceful during the day. When there was no medical explanation for it, I concluded it could be the tag of the devil."

According to Sébastien while it was a few days to her death, he helped the mother perform an exorcism. The arch-bishop claimed mother Teresa was well aware of the exorcism he performed on her stating that "She was quite happy about it. She thought she might be troubled by the evil one. It so happened that she slept really well afterward."

Arch-Bishop Sébastien made this known while speaking about Mother Teresa on the fourth anniversary of her death back in 2001. He gave expressive details about how it happened claiming that he wasn't alone, as he called a priest called Rosario Stroscio who he said recited exorcism prayers over Mother Teresa as she laid on the bed.