The first time the Second Death was mentioned in the Bible was in the Book of Revelation. Jesus spoke about it a few times as the final fate of the damned.

The doctrine of everlasting punishment in the Lake of Fire is arguably the most saddening, pathetic, heart-wrenching and horrific message in the entire Bible.

That God will cast people into an everlasting fire forever, because of the sins they committed while they were alive is insanely preposterous.

What would God gain from such endless torture? How can one enjoy the bliss of heaven knowing some of their friends and relations are burning in hell? And this punishment has no end. It will continue forever: for as long as God lives.

If the doctrine of everlasting punishment in the Lake of Fire does not make Christians rethink some of what they've been made to believe, nothing else will.

Some Christians and even preachers justify unending everlasting punishment in hell. They support their argument by saying sin against an eternal God shall be punished eternally.

The Bible never said that.

Others try to exonerate God by saying God does not send people to hell, but people send themselves to hell by disobeying His commandments. 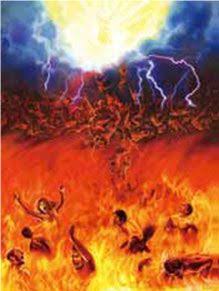 Certain Biblical passages have been used to validate the doctrine of Everlasting Torment. But if we are really sincere in knowing the truth we should look at scriptures as they are related to other verses in the Bible.

The everlasting punishment doctrine, I believe is one of the greatest lies of Satan against the character of God. God is the only righteous and perfect judge and He judges right.

I believe one hundred percent in hell and the Lake of Fire because Jesus said so. But I don't believe the damned will be tortured forever. The Lake of fire shall consume all therein until they are no more: it will culminate in the Second Death. Jesus said so.

People sometimes refer to passages where it is written the damned will be tormented in the Lake of fire forever and ever.

Others refer to the words of Jesus that says in the Lake of fire the worms and maggots die not but live forever. But kindly look at Jude 7. Here, Jude used Sodom and Gomorrah as an example of what is coming. He said they suffered the vengeance of eternal fire.

Let's ask ourselves: Are the cities of Sodom and Gomorrah still burning now? Are the flames still going up today? Of course the answer is no.

When scripture says the damned shall be tortured forever it simply means their torment will continue until they're completely burnt into extinction. And the worms and maggots too. While the fire is still burning they will be alive until the fire goes off. It shall be an everlasting punishment from which there is no coming back. The reason Jesus referred to it as the Second Death.

For there to be a Second Death it means there is a First Death. The First death is a death every human has to go through until the resurrection when they are called forth to receive the reward of their actions while in this body.

Those who are counted worthy of eternal life shall receive immortality. Those who are damned shall be thrown into the Lake of fire. They will burn until they're no more.

Mind you, there is no hell anywhere now; never mind the claims of some that they went to hell. Revelation 20:9 states clearly that the fire that will destroy Satan and all his works shall be sent by God out of heaven. It is a future event. No one is in hell now.

But on that great day of Judgment God will rain fire down from heaven. It shall cover the whole wicked world. It will break out into a Lake of Fire.

To say people will burn forever is saying they are immortal. No one is immortal except Jesus. 1 Tim.6:16. He alone has Immortality.

If not for the Resurrection, we are no different from animals. Once someone dies it's over. But because we are created in God's image we are superior to animals. So everyone shall give an account to God of their lives.

For souls to become beings that shall burn forever what kind of body do you think they will have? Where will their immortal bodies come from that will make them live forever, when only those that are saved shall receive immortality at the coming of Christ.

In Genesis the reason God chased Adam and Eve out of Eden was not just because they disobeyed God. The main reason He chased them away was so they will not eat from the Tree of Life and live forever. Gen. 3:22.

Allowing them to be alive in their corrupted sinful nature means God has to behold iniquity for all of eternity. He chased them away so as to die.

As God did not allow Adam and Eve to live forever by shielding the Tree of Life, so Christ will not give immortality to the damned so that they might die.

Prophet Ezekiel says the soul that sins it shall die. Again, death is the end of the wicked. Also, Roms. 6:23 says the wages of sin is death; how it comes is secondary

Why didn't both Prophet Ezekiel and Apostle Paul say those who sin shall be tortured in hell forever? Because it's not the truth. They simply stated the end of the torment which is total obliteration: Death.

Jesus elaborates by calling it the Second Death.

Malachi 4:1 also explain what will happen to the damned.

In every nation around the world there are laws that guide the people. Breaking those laws require punishment. It could be time in prison, life sentence or even death by execution. The judge who passed judgment is not seen as wicked. He's only doing his duties.

The same way those who break God's laws shall be punished by Him. It is what justice demands.

God said His mercies endure forever. How can both His Mercy and Everlasting Punishment be forever at the same time as He pours out His wrath forever on the damned?

This doctrine of portraying God as a sadistic tyrant is one of the reasons many don't want to serve Him.

Life is bad enough as it is. We face health issues, poverty, starvation, wars and so on. Yet all the pains of this life are nothing compared to what awaits those that will be tortured forever.

I asked someone why God decided to create humans when He very well know most will perish in hell. The fellow replied God did not bring people into the world; their parents did so no one should hold God responsible.

So I thought, in that case Christians shouldn't complain about abortion, since God has nothing to do with it.

In other for people to justify the doctrine of eternal torment they inadvertently ridicule God.

What if people start living anyhow because they believe they won't be punished forever, someone asked?

Do you really understand what will happen on Judgment day? The damned will see their fellow humans inherit the glory of heaven; something no pen on earth can fully describe. They will be with God forever and all. 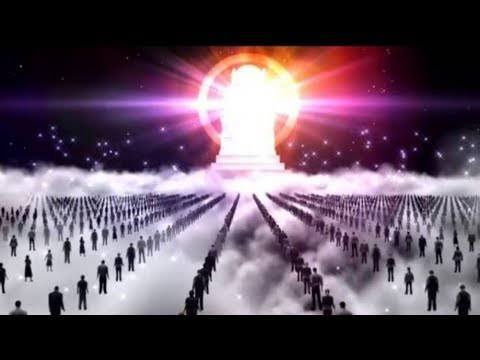 While they, the damned, will be rejected by God, their maker. Shame and misery shall cover their face. They shall gnash their teeth in horror as the penalty of death is pronounced on them. Imagine the terror that shall engulf them as they are cast into the Lake of Fire to be consumed as though they never existed.

If that is not enough punishment I wonder what is.