Originally founded in 324, the church is the oldest and highest ranking of the four papal major basilicas, holding the unique title of ''archbasilica". It is the oldest public church in the city of Rome, and the oldest basilica of the Western world. It houses the cathedra of the Roman bishop, and has the title of ecumenical mother church of the Roman Catholic faithful. The building deteriorated during the Middle Ages and was badly damaged by two fires in the 14th century. It was rebuilt in the late 16th century during the reign of Pope Sixtus V. The new structure's interior was renovated in the late 17th century, and its faQade was completed in 1735 under Pope Clement XII.

The large Latin inscription on the facade reads: "Pope Clement XII, in the fifth year [of his Pontificate, dedicated this building] to Christ the Savior, in honor of Saints John the Baptist and [John] the Evangelist".The inscription indicates, with its full title that the archbasilica was originally dedicated to Christ the Savior and, centuries later, co-dedicated to Saint John the Baptist and Saint John the Evangelist. Christ the Savior remains its primary dedication. As the Cathedral of the Pope as Bishop of Rome, it ranks superior to all other churches of the Roman Catholic Church, including Saint Peter's Basilica. 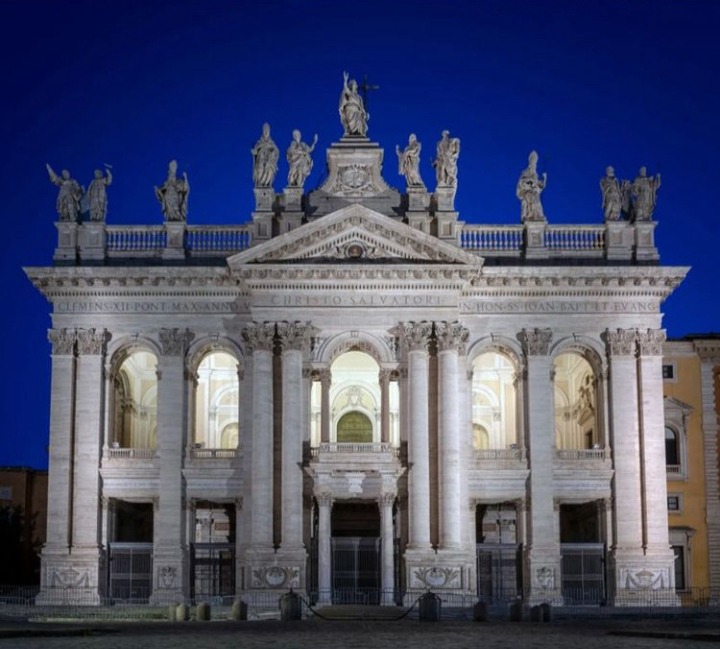 Content created and supplied by: Chommy1 (via Opera News )