History: how the Catholic Pope lost his whole power and influence in the world.

An astonishing fact many do not know is that the Pope himself was once the most powerful man in the whole if Europe, the question now is how did the Pope's influence and power in the world fall, let's take a look at that. 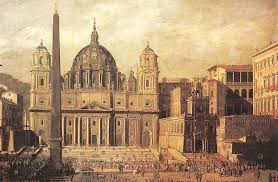 In the year 1870, a king called Victor Emmanuel matched across all Italy and started conquering and uniting all the nations in Italy under one authority, he managed to unite them and then he got to the Papal states ( Pope's territary). For the first time in history since the origin of the Roman empire, Italy was United. Due to this evening, the Pope and his papal forces were swept back directly back to Rome and then years later, the territories of the Pope got smaller. King Victor Emmanuel who conquered the Papacy and United Italy is know as Italy's hero but to the Pope and the Papacy, he was only a disaster to them.

After this, the Pope who was once the ruler of all Italy had fallen, the Pope had to retreat into the Vatican walls. The Pope became a prisoner in his own Vatican city. The Pope who had ruled the whole world ruled it no more. It was later in 1929 that Italy's government allowed the Vatican to exist, they also paid the Pope a total of $92 million dollars for loosing the papal states which in today's currency is $1.1 billion. That was how the Pope lost his power and influence over the world.