By Tundekorede (self media writer) | 2 years ago

There are pastors with deep islamic background. Tunde Korede takes a look at them in order to get us informed. However, this article was not written in order to stir dissension between Muslims and Christians but to inform.

Apostle Johnson Suleiman is the founder of Omega Fire Ministries Worldwide, with its headquarters in Auchi, Edo State.

His father, Imoudu Sule was a Muslim, while his mother was a Christian: The difference in faith, along with other issues eventually led to the separation of his parents.

More so, his dad is a renowned Edo born multimillionaire businessman and the current APC Leader in Auchi as well as the APC Deputy Leader, Etsako West, Edo State, Nigeria

He was destined to be a preacher: A few days after Suleman was born, some prophets from Warri in Delta state visited them and said he would grow up to be a minister. 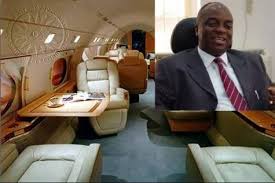 He was raised in a mixed religious family. His father, Ibrahim, was a Muslim healer. His mother, Dorcas, was a member of the Holy Order Of The Cherubim and Seraphim Movement Church (C&S), a branch of the Aladura movement in Nigeria. 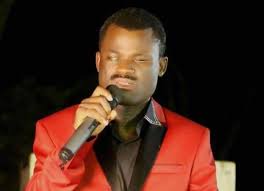 Prophet Muyideen Kazali is the founder of Hour of Mercy Prayer Ministry International, near Moniya, Ibadan, who became blind at the age of 3, as a result of measles outbreak in his town. He sees Apostle Timothy Obadare, as his mentor. The man who was also a visually impaired prophet before he died.

When he was interviewed by Vanguard Newspaper, he was quoted as saying;

''One day I was in the bush to gather firewood when the hand of God found me and from the bush I was taken to a mansion where an angel taught me the Word of God, secrets of life and many other things.

Jesus Christ appeared to me in that mansion. He anointed me and told me that I will be an evangelist to the world. The oil Jesus poured on my head flew for seven days physically. One of the angels took me back to our village and my father was surprised seeing the anointing oil flowing.

I was the first to accept Christ in my family. My encounter with Christ was unique because nobody preached to me. Even as a Muslim, my father loved Christianity. Every year he brought the best of his farm produce to the church. He said he had a dream where he saw me in the midst of a large crowd preaching the gospel. Before I was born, there was another prophecy that I was going to be a Nazarene from God.''

Pastor Tunde Bakare is the founder of Latter Rain Assembly International, with its headquarters in Lagos, Nigeria.

He was born in a family steeped in very rich islamic heritage on November 11, 1954. He was born a Muslim but converted to Christianity in 1974. As a matter of fact, he is versed in the Quran because he attended an Islamic school where he graduated on April 16, 1967.

Content created and supplied by: Tundekorede (via Opera News )