Three Communities in Nigeria where eating snail is forbidden 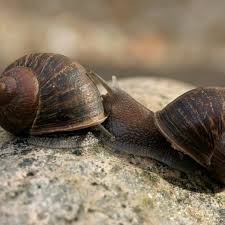 Land snail is the common name for terrestrial gastropod mollusks that have shells. Typical garden snails are usually safe to handle and eventually eaten by many, but forbidden by many depending on the reasons which majorly stern from traditional believe and general concept of the importance attached to it.

Not everybody finds the snail spirit animal pleasant, but it symbolizes deep and powerful things that can bring you good tidings. This group of animals are often completely misunderstood and now endangered, and at the same time it is an example of how we are dealing with our environment.

When they think about snails, many people associate them with the endless fight against the seemingly invincible protection it has for the people due to popular traditional instinct of it been used during war period to protect and safe people from enemies as it was used to prepare charms for protection.

In Nigeria today, there are many communities that eating snail is forbidden for different reasons and with different side effects. Among those communities are these three villages below:

The mystery behind it is not known to many as many in the community grew up to meet the tradition without making any efforts to know the reason for tradition. No one in this community knows or understands the reason why. For those who paid a deaf ear to the instruction, they have always paid the ultimate price with their life; it has nothing to do with Church or religion. 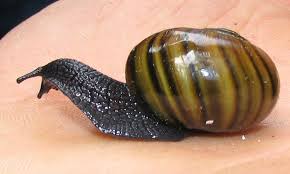 In Isoko Land, when they think about snails, many people associate them with the endless fight against the seemingly invincible protection it has for the people due to popular traditional instinct of it been used during war period to protect and safe people from enemies as it was used to prepare charms for protection.

The relationship with this interesting and extremely diverse group of animals is often reduced to that of invincible protection against enemies. Snails can cause feelings of disgust in many people because of traditional believe.

Many communities in Isoko, particularly Ozoro, Isoko North local government area of Delta State, believes that the snail protects against enemies, because during the war period, it was used by a female traditional doctor as sacrifice to the gods of the land known as “Odimodi” to protect the people from enemies. 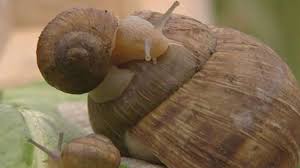 They might not be wealthy in terms of material things, but they are rich in hospitality and hold their tradition in high esteem. The people of Kagini, a community situated between Kubwa and Dei-dei, is known for its members' favourable disposition to visitors.

When Aso Chronicle visited the community recently, Alhaji Isah Gbegbe, the traditional ruler of Kagini gave the meaning of the name of his 203-year-old village to mean, 'saving lives.