10 Countries With The Highest Muslim Population. Checkout No.5 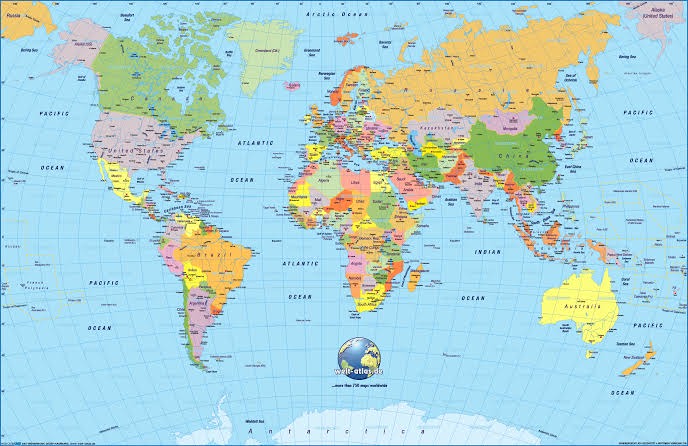 Islam is the second-highest religion in the world with over 1.8 billion people. The primary scriptures if Islam is the Quran. Muslims consider the Quran to be the unaltered word of God.

So here are the top ten countries with highest Muslim population;

The Republic of Sudan is a country in Northeastern Africa. It's official language is Arabic. Sudan has the 10th highest muslim population with over 39 million Muslims.

Algeria is a country in North Africa. It got independence from France in the early 1960s. It has the 9th highest muslim diaspora with over 41 million Muslims, most of them being Sunni Muslims.

Turkey is a Eurasian republic in Asia minor and the Balkans. It is the eighth on the list with 79 million Muslims.

Iran is a theocratic Islamic Republic also called Persia in the Middle East in western Asia. With a total of 82 millions muslims Iran is 7th.

Egypt is a republic in Northeastern Africa known as United Arab Republic until 1971. It is also the site of an ancient civilisation that flourished from 2600 to 30BC. It is 6th in the list with 87 million muslims

Nigeria is a country in West Africa. She is the 7th most populous country in the world, she also the highest Christian and Muslim diaspora in Africa as her population is roughly divided between the two religions. Nigeria is home to 99 millions muslims.

Bangladesh is located to the east of India on the bay of Bengal. With a population exceeding 162 million people it is the 8th most populous country as well as the 4th highest muslim diaspora with over 153 muslims.

India is the second-largest country by area, the second-most populous country and also has the 3rd highest muslim population, which is over 195 million muslim.

Pakistan is a muslim republic that occupies the heartland of ancient south Asian civilisation, it achieved independence from the UK in 1947. Pakistan is the 2nd on the list with over 200 million muslims.

Indonesia is a republic in southern Asia on an Archipelago including more than 13,000 islands. It gained independence from Netherland in 1945. Indonesia has the largest muslim population in the world with 229 million muslims.