By Flashentertainment (self media writer) | 8 months ago

Sultan sends a message to Muslims 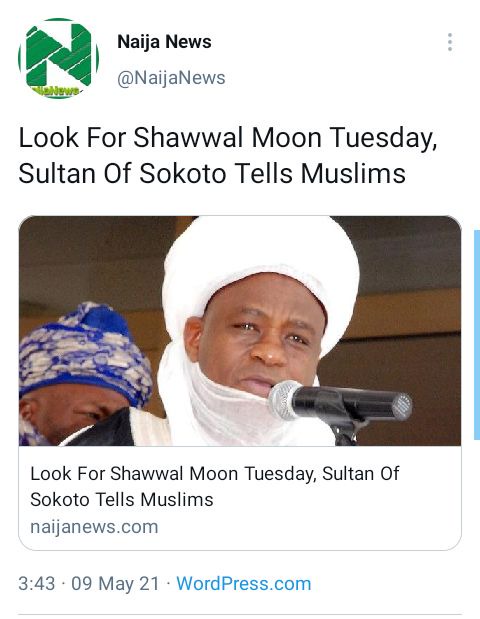 The Sultan of Sokoto, Alhaji Muhammad Sa’ad Abubakar III, has urged Muslims across the country to look for the new moon of Shawwal on Tuesday. He made this known in a statement issued on Saturday by the Deputy Secretary-General, Nigerian Supreme Council for Islamic Affairs (NSCIA), Prof. Salisu Shehu. 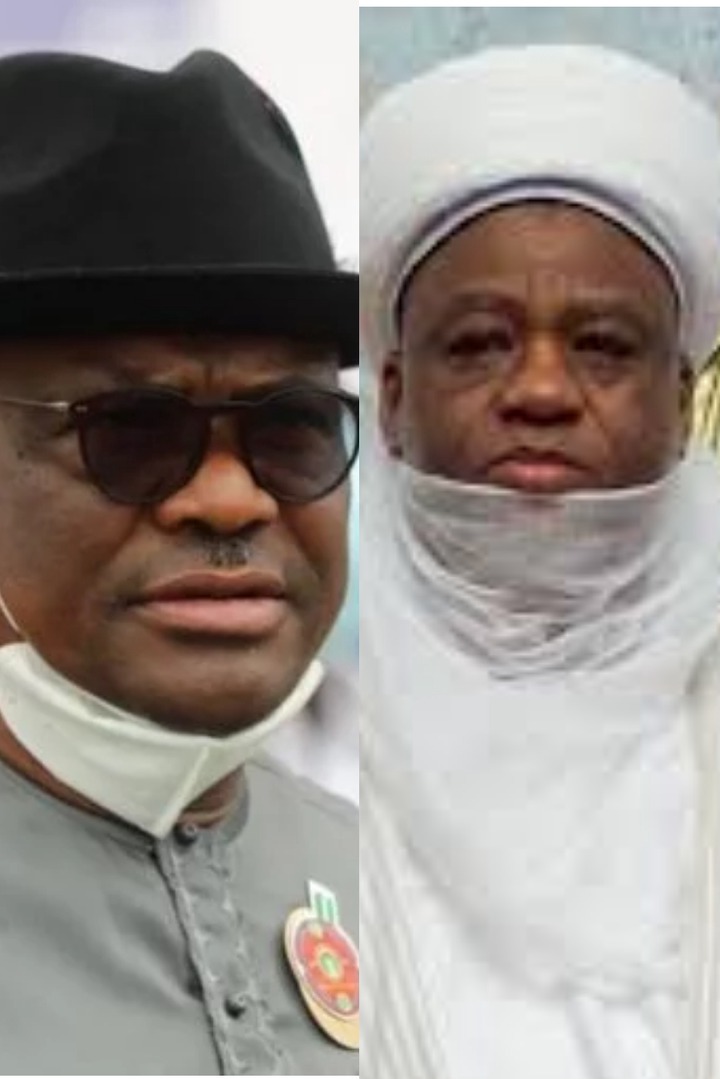 Abubakar said following the advice of the National Moon Sighting Committee (NMSC), the crescent of Shawwal should be searched for on Tuesday, 11 May 2021 equivalent to 29 Ramadan, 1442 AH. 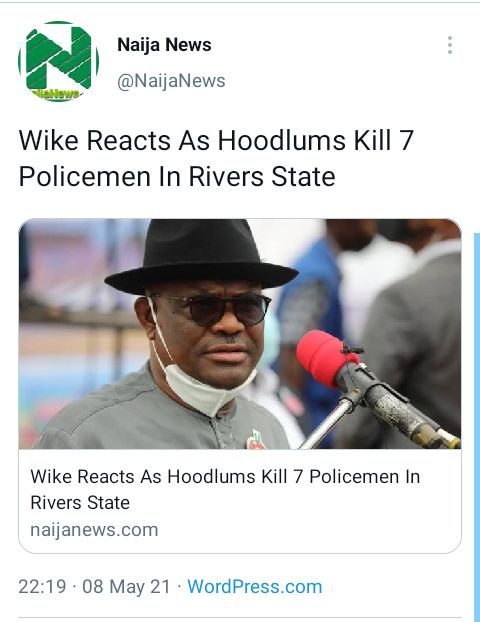 Rivers State Governor, Nyesom Wike has condemned the recent attack on police formations in the state by some hoodlums.

Wike in a statement on Saturday by his media aide, Kelvin Ebiri stated that the unidentified gunmen who attacked the police formations are bent on plunging Nigeria into another unwarranted crisis.

He however added while commiserating with those who lost loved ones in the attack that Rivers State will be secured from the criminal elements. The Governor made the declarations through his media aide at the end of an emergency security meeting held at the government house in Port Harcourt. 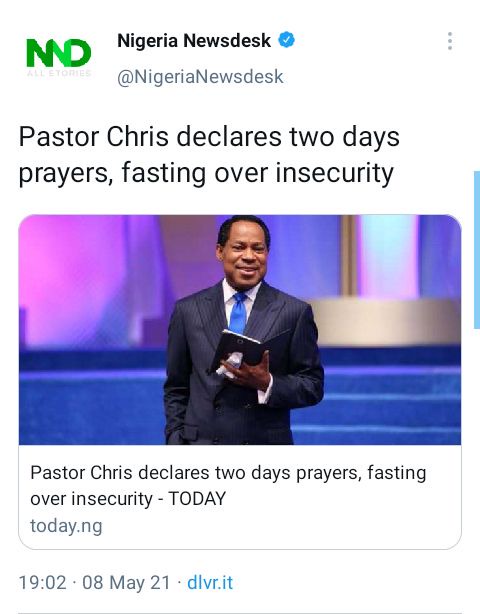 Irked by the spate of insecurity besetting the country, the founder of Christ's Embassy, Pastor Chris Oyakhilome, has declared two days of prayers and fasting.

Addressing reporters in Abuja, Oyakhilome, who spoke through a senior pastor, Deola Philips, explained that the church would not sit back while the country

He explained that the two activities would also train and equip ‘ministers of the gospel of Christ. Over the years the ISM has given thousands the opportunity of being tutored by our Man of God, Rev Chris Oyakhilome, and be imparted with peculiar grace at work in his ministry.’ 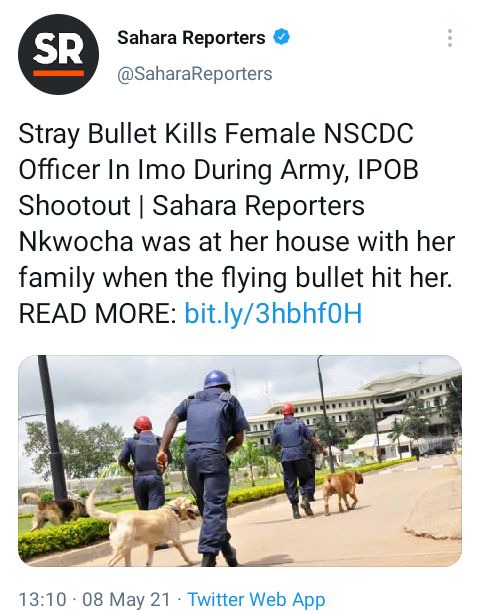 A stray bullet has killed a female officer of the Nigeria Security and Civil Defence Corps in Imo State, Mrs. Glory Nkwocha.

Nkwocha died from a stray bullet during a Thursday night gun duel between combined security operatives and hoodlums in Orlu town. According to PUNCH, Nkwocha was at her house with her family when the flying bullet hit her.

She was immediately rushed to the intensive care of the Federal Medical Center, Owerri, where she died on Friday.