By DunamisMessages (self media writer) | 1 day ago 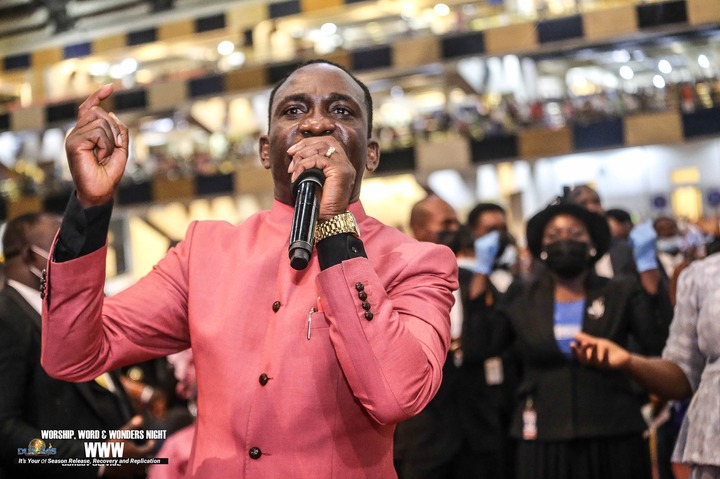 SERVICE OBJECTIVE: Understanding the power of excellence to produce release, recovery and replication

1. Excellence is a critical requirement for successful living

Excellence is a non-negotiable asset of life and destiny

2. Excellence is a responsibility of Christianity (Matt. 5:16)

3. Excellence is a department of righteousness and godliness (God-likeness) (Prov. 12:26)

Your excellence is more evangelistic than your utterance

4. Excellence gives God the license to facilitate the eminence of His people

By your level of excellence, you make it easy for God and even your boss in the office to put you

where you belong without anybody murmuring

When you give God excellence, He gives you prominence and eminence

SCRIPTURAL EXAMPLES OF PEOPLE WHO EXPERIENCED RELEASE BY EXCELLENCE:

2. David was released from the wilderness into the palace on the platform of excellence (1Sam. 16:17-21)

3. Daniel was released into the world of perpetual relevance on the platform of excellence (Dan. 1:20-21)

Excellence is key to perpetual relevance

SCRIPTURAL EXAMPLES OF PEOPLE WHO EXPERIENCED RECOVERY BY EXCELLENCE:

1. Joseph regained his liberty through the display of quality/excellence (Ps. 105:17-22)

Excellence will bring you out of where wicked, jealous and envious people kept you

2. The wedding in Cana – the restoration of the wine happened on the platform of excellence (John 2:5-7)

Order is a department of excellence

Where excellence is found abundance is effortless

C. REPLICATION is increase or multiplication

SCRIPTURAL EXAMPLES OF PEOPLE WHO EXPERIENCED REPLICATION BY EXCELLENCE:

2. The multiplication of disciples in the early church (Acts 6:1-7)

It is not every situation of stagnation that is an attack of the enemy; many times, stagnation could be a product of disorder

1. Embrace the culture of excellence – refuse the life of compromise, conformity and mediocrity (Phil. 3:14; Eccl. 9:10)

Order your life’s schedule; don’t let the day plan you, you must plan the day

Mega differences are made out of minor details

Distinction in life is a function of attention to details

Father, thank You for Your Word to us tonight. To You be all the glory Lord, in Jesus’ Name.

Father, I need a fresh baptism of the Spirit of excellence, in Jesus’ Name.

Father, deliver me from a life of disorder; help me Lord to order my life, my time and my finances, in Jesus’ Name.

Father, I receive the grace to pay attention to details; I receive that grace now, in Jesus’ Name.

- Communication of the same Spirit of excellence that the Master Jesus functioned with.

- Anything that is a stranger to your body, anything that was not planted originally by God – cancer, tumour, fibroid etc. dies to its roots now!

- Everything that is not of God dries up now!

- Your strength shall not fail you!

- The spirit of mediocrity is arrested!

- What belongs to you that has been held back by the enemy is released now!

Soludo's Victory Over Umeoji: What APGA Need To Do To Ensure Victory At The Polls.

Opinion: What Anthony Ehilebo Meant By Atiku Becoming A Victim Of Circumstances Beyond His Control

How David Mark Aided Jonathan To Become President In 2010

Adesina Claim: Could It Be Possible That PMB Is More Attractive Than Zik, Awolowo, And Aminu Kano

2 Reasons Why Whitemoney Should Pursue A Career In Music

One Statement Made By PANDEF About The Zoning of Presidency That Northerners May Disagree With.

How FIFA ascertains footballers' true ages, and the limitation to technique used

Can APC Defeat APGA In The Anambra State Governorship Elections?