Meet Man who rode bicycle from India to Europe for Love

By Penwise (self media writer) | 1 year ago

Mr PK Mahanandia is an Indian man who went from Indian to Sweden on his bicycle to meet the love of his life.

The journey took him about 5 whole months but he didn't see it as anything special as he did it for love.

Here is the beginning of the story 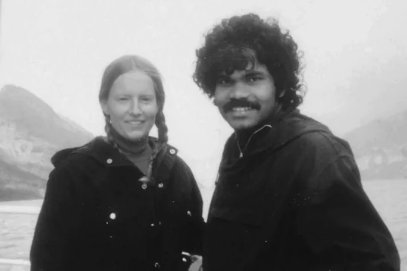 Von and Mahanandia when they were younger

When Mr Mahanandia was born, his mother invited an astrologer (this is common in Indian when a new child was born). There was a prediction that he and his wife's marriage wouldn't be an arranged one, that he would get married to a woman who is from a far away place, has a Taurus zodiac sign, owns a jungle and plays flute.

He grew up to become an artist and he had gain popularity for his painting of famous people.

So when a young beautiful Ms Von Schedvin came as a tourist to indian, she heard Mr Mahanandia claims; that he could paint portrait in 10 minutes, so she went to get a portrait of herself made.

But to her disappointment, the painting didn't turn out well, she went back the second and the third time.

It was because Mr Mahanandia hands was shaky when he was drawing her and it took three trials before he could get it right.

Knowing she came from a faraway land, Mr Mahanandia asked her if she owns a jungle and she confirmed that she owns a forest, plays flute and piano, also she is a Taurus.

Confirming all that, he knew she is the one, so he invited her out on a date. That is how the love started.

Mr Mahanandia later stated in a interview that there's was love at first sight. "They were drawn to each other like magnet".

He took her to his parents and they got married the traditional way. They spent 3 weeks together.

But afterwards Ms Von had to go back to Sweden while Mr Mahanandia had to stay back for his final year as art student.

After a year (they stayed in touch via letters) Mr Mahanandia knew he had to go meet his love. He couldn't afford flight ticket, so he sold all he had, bought second hand bicycle and off to Sweden he went.

He had to travel through many countries such Pakistan, Afghanistan, Turkey, Iran and some other parts of Europe. 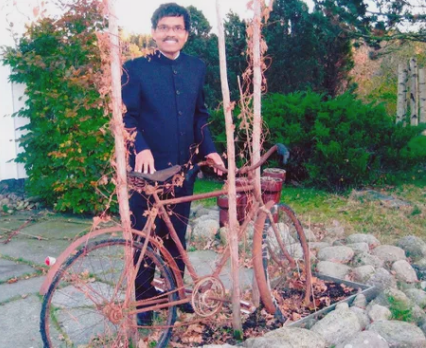 Second hand bicycle that he bought and cycled to Sweden on.

Took him 5 months to arrive at his destination. The couple later got married official in Sweden where the live till day. They have been married for 40 years and are blessed with two children. 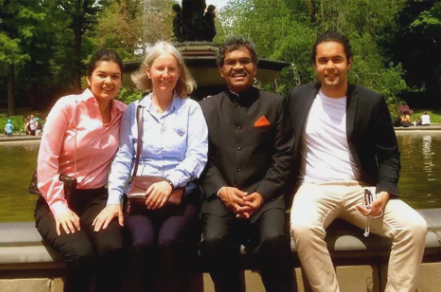 Mr Mahanandia stated that he doesn't why people see this as a big deal, since had no money but had to meet her, he did only what he had to do.

"I was cycling for love, but never loved cycling. It's simple" he stated.

Valentine's 2021 photo of the couple. 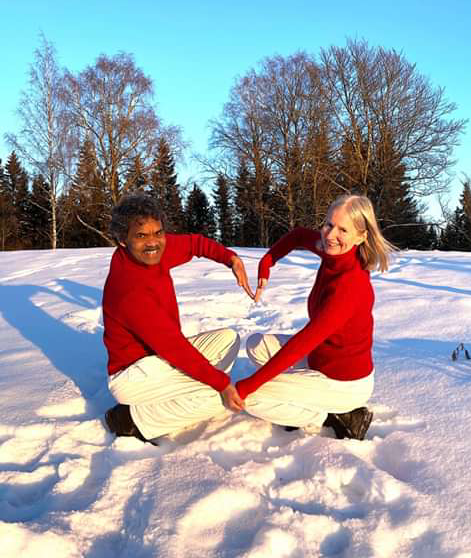