The truth on how to choose a new pope

By TyohembaAmbrose (self media writer) | 2 years ago

The truth on how to choose a new pope 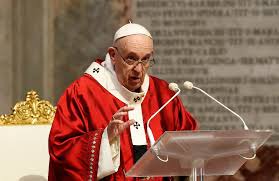 10 Things to Know About Electing the Pope 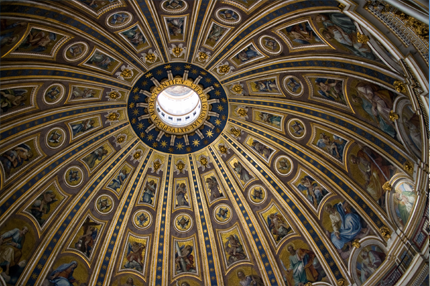 1. Who will elect the new pope?

The next pope will be elected at a papal conclave, a meeting of the College of Cardinals. The authority of the pope as leader of the Catholic Church is based on the fact that he is the Bishop of Rome and successor to Peter. The Diocese of Rome includes the Vatican State and the city of Rome. Since 1059 the election of the pope is reserved to the pastors of churches in either the Diocese of Rome or one of the seven adjacent (or suburbicarian) dioceses. When cardinals receive their red hats, they also become titular pastors (an appointment without formal authority) of a parish in the Diocese of Rome or in one of the suburbicarian dioceses adjacent to Rome. It is as titular pastors of these churches that they have the authority to elect the new pope.

2. How quickly will a new pope be elected?

After the death of a pope, there is a 15 day period to celebrate the funeral Mass and burial of the pope, as well as a period of mourning. Since Benedict XVI has not died, this period of mourning will not take place.

The death of a pope has been the usual time for the election of a new pontiff. The Cardinal Camerlengo, or Chamberlain, declares the death of the pope in the presence of the Master of Papal Liturgical Celebrations, the Cleric Prelates, and the Chancellor of the Apostolic Camera. The Cardinal Camerlengo takes possession of the Ring of the Fisherman, the symbol of papal authority. Then the ring and the papal seal are destroyed before the College of Cardinals.

Although Benedict XVI has not died, his papal ring will be destroyed and his papal seal defaced.

3. Which cardinals are eligible to elect the pope?

Only cardinals under the age of 80 can be electors in the conclave. There will be 115 eligible cardinals in the 2013 conclave.

4. How will the conclave begin?

On the morning designated for the beginning of the conclave, the cardinal electors will celebrate the Eucharist in St. Peter’s Basilica. In the afternoon they will gather and process from the Pauline Chapel of the Palace of the Vatican to the Sistine Chapel, while singing Veni Creator Spiritus.

Upon arriving in the Sistine Chapel, the cardinals will take an oath to defend the liberty of the Holy See, to keep all the proceedings secret, and to ignore any instructions they might have received from secular authorities on how to vote.

5. What is the process of balloting?

On the first afternoon of the conclave, the first ballot may be held. There can be as many as four ballots on each day following. Before voting on each ballot, the cardinals take an oath to follow the rules of the conclave.

If there is no one elected pope at the end of three days of balloting, the cardinals have a day of reflection and prayer. If there are seven more ballots without result, the process may be suspended once again.

The voting continues until a two-thirds majority is reached for a candidate. If there are more than 33 votes without an election, the pope may be chosen by a simple majority.

6. What happens when a cardinal is elected pope?

When a cardinal has been elected, he is asked in Latin by the Cardinal Dean “Acceptasne electionem de te canonice factam in Summum Pontificem?” (“Do you accept your canonical election as Supreme Pontiff?”) The cardinal who is elected has the choice of saying “non accepto” (“I don’t accept”). If a cardinal does not intend to accept the papacy, he will explicitly state this before he receives a sufficient number of votes to become pope-elect. Cardinal Giovanni Colombo declared his intention not to accept the papacy in the conclave of 1978.

After the newly-elected pope accepts his election, the Cardinal Dean asks him about his papal name, saying in Latin: “Quo nomine vis vocari?” (“By what name do you wish to be called?”) After the papal name is chosen, the officials are readmitted to the conclave, and the Master of Pontifical Liturgical Ceremonies writes a document recording the acceptance and the new name of the pope.

7. Who can be elected pope?

In theory, any baptized Catholic male can be elected pope. Current law states that he must be an ordained bishop. Only cardinals have been elected since the 15th century.

8. Can members of religious communities be elected pope?

Of the 115 electors for the next pope, 17 belong to religious communities, including Jesuits, Dominicans, Franciscans, the Society of the Divine Word, and the Missionary Oblates of Mary Immaculate (ex. Cardinal Francis George, OMI). Any one of these could theoretically be elected pope. One of the two Jesuit electors will not be attending the conclave due to health reasons.

9. How do popes choose their names?

Choosing a name is a personal decision. John XXIII chose his father’s name. John Paul I was the first to choose two names to honor his immediate predecessors, John XXIII and Paul VI. John Paul IIchose his name to show his esteem for John Paul I. Benedict XVI took the name to honor Benedict XV (pope from 1914 to 1922) and St. Benedict of Nursia, who founded and inspired the Benedictine monastic tradition in the Western Church.

10. Who’s in charge of the Catholic Church when there is no pope?

During the transition period, certain limited powers pass to the College of Cardinals. Vatican offices suspend activities until a new pope is elected. The Particular Congregation deals with the everyday matters of the Church. 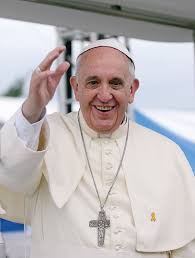 Content created and supplied by: TyohembaAmbrose (via Opera News )