It is only God the Almighty that chooses faith for people, but getting salvation and peace of mind is the most important thing in this world. Religion is supposed to shape the life of anybody in this world, it is the way of getting the truth and a journey to spiritual life. In Nigeria, people choose faith largely according to the region they are given birth in. It is generally known that most people in the Southern part of Nigeria are adherent of Christianity while the majority of people in the North are adherent of Islam and so on.

When we talk about the majority, it is not that there are not people who follow other religions in these regions in Nigeria. Some people also change their faith from one religion to another. From Islam to Christianity and from Christianity to Islam respectively. That is what happened when a Fulani man from Adamawa State named Haruna Sori Shuaibu, found peace in the religion of Christianity as an evangelist since 1999, after reading a book given to him by a Christian missionary. 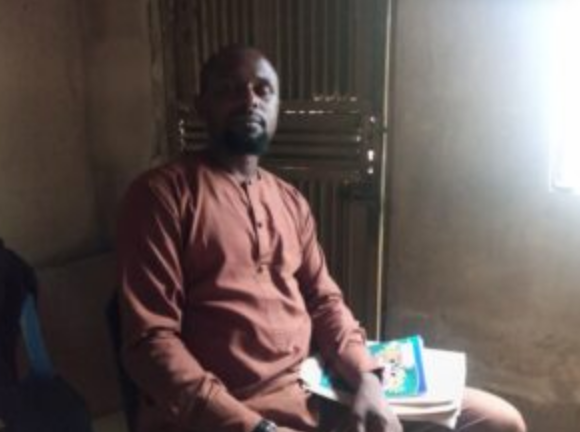 According to a report by Vanguard news, Shuaibu after embracing Christianity began to study the religion of Christianity and understood its tenets and preachings, which he now preaches primarily to Fulani people as a missionary with Burning Bush Ministry. Shuaibu who shared the story of how he found Christianity with Church Times Nigeria at the 2021 Conference on Practical Evangelism at the Gospel City, Offa, Kwara State, said he was unable to read and speak English but after he was given the book by the missionary, he received a miracle that made him read and speak fluently.

And since then he has been a Christian till date. Although he has faced persecution from people. But instead of the persecution to lead to a weakness, it rather turns to strength for him. And religion should never be a tool to cause disunity among people, but a tool to bind us together as one.