PRAYER: "O LORD, Let Those Who Seek My Destruction Fall Before Me". 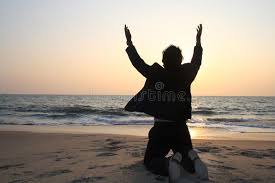 "And Haman told Zeresh his wife and all his friends every thing that had befallen him. Then said his wise men and Zeresh his wife unto him, If Mordecai be of the seed of the Jews, before whom thou hast begun to fall, thou shalt not prevail against him, but shalt surely fall before him." Esther 6:13. KJV. 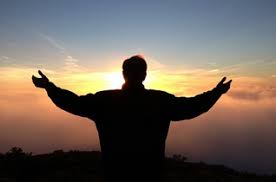 We live in a world where a lot of wicked acts are committed. This statement is sad but true. Wickedness did not start in the world today, it has being in existence even in the Bible days.

The case of Haman and Mordecai in the Bible book of Esther 3-8, is one of those cases of wickedness narrated in the Bible. 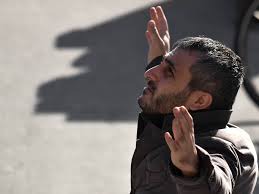 As a result of Mordecai's refusal to bow and reverence him, Haman decided to destroy all the Jews in the entire kingdom of Persia and Media, which consisted of 127 provinces. Esther 1:1. If this is not wickedness, what else is this called? Esther 3:5-6.

Fortunately for Mordecai, the God that he reverence, that made him refuse to bow in reverence to Haman rose up for his defence and Haman's downfall began in our key Bible text above (Esther 6:13).

God caused Mordecai to be remembered for rewarded for his past good deed (Esther 6:1-3), just when Haman went to ask the king for permission to hang Mordecai on the gallows that he had prepared for him (Esther 6:4). Whether you believe it or not, there are a lot of people in the world today who manifestation acts of wickedness when the get angry. They are ready to cause different forms of sorrow to people including killing people that they are not happy with.

Like Haman fell by being hung on the gallows that he prepared for Mordecai before he could hang Mordecai on the gallows, it is better for us to see those who seek our destruction fall before us instead of us being destroyed. Esther 7:9-10. 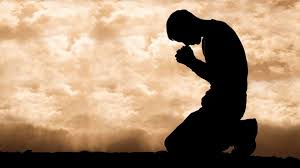 An important question is, "What did Mordecai do to see Haman fall before him?" Esther 4:15-17 tells us that Queen Esther who was a Jew herself, and also an adopted daughter to Mordecai (Esther 2:7), in response to Mordecai's message to her, to go and plead with the king to intervene concerning Haman's wicked intention to kill the Jews in his kingdom, ask that Mordecai gathers all the Jews that were present in Shushan and they should fast (which will likely be with prayers), before she goes in to see the king.

The solution to seeing those who seek to destroy you fall before you is for you to seek the face of the LORD (God Almighty) through fasting and prayer, like Queen Esther, Mordecai and all the Jews in Shushan did. If done sincerely, when we fast, we humble ourselves, and God lifts up the humble. The Bible in the book of James 4:9-10 says,

"9 Be afflicted, and mourn, and weep: let your laughter be turned to mourning, and your joy to heaviness.

10 Humble yourselves in the sight of the Lord, and he shall lift you up."

When God lifts you up, He will make all those who seek to destroy you fall before you.

Here are few prayer points for you:

1. O LORD, I thank You for Your continuous divine protection that I enjoy

2. O LORD, thank You because You're the lifter up of my head

3. O LORD, cause the plans of those who seek to destroy me fail, in the Name of Jesus 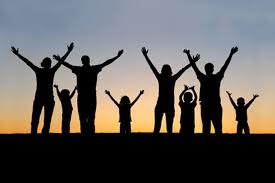 4. O LORD, for all those who seek my destruction, let their promotion be for their destruction like Haman, if they fail to repent, in the Name of Jesus

5. O LORD, if those who seek my destruction fail to repent, like You did to Haman, let them replace me in their evil plan, in the Name of Jesus

6. O LORD, let all those who seek to destroy me fall before me, in the Name of Jesus

7. O LORD, as You bring those who seek to destroy me down to their fall like Haman, like You did for Mordecai, promote and lift me up, in the Name of Jesus.

8. Thank God for His word and for expected answer to your prayers.

*May the LORD bless you through the knowledge of His word, and through the prayers, in the Mighty Name of Jesus Christ.