Ada Jesus Went To Indaboski's Church To Beg For Forgiveness, See How The Prophet Responded (Video)

By Divineword (self meida writer) | 1 months

Popular Nigerian comedian Ada Jesus has got Nigerians reacting after photos of her current condition were shared on social media. According to reports, the comedian was down with a stroke and her body has refused to respond to treatments. 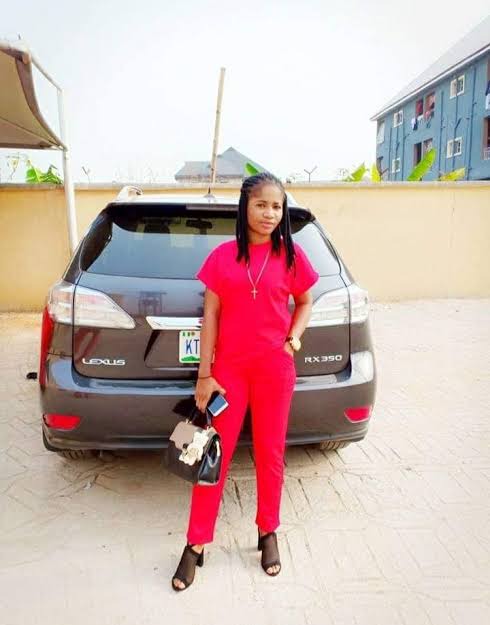 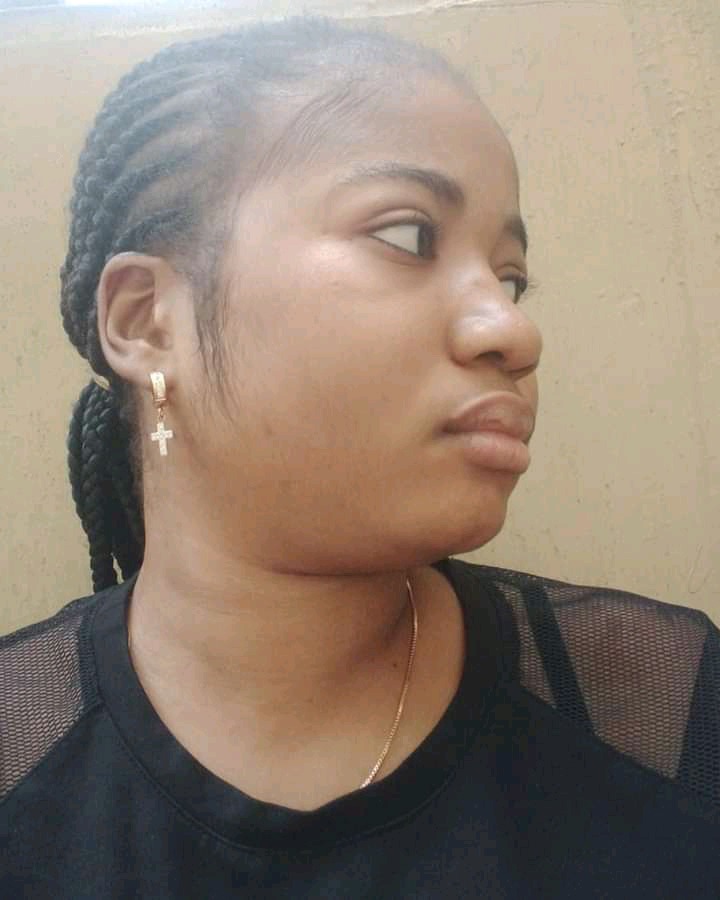 Ada Jesus when she was healthy 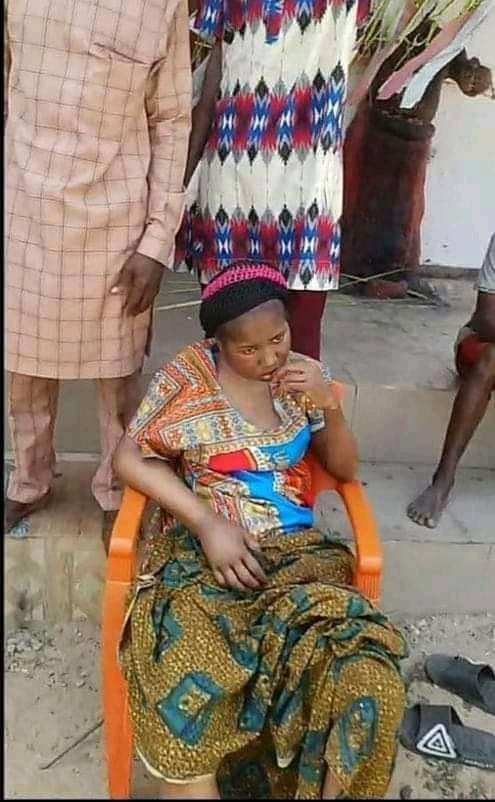 Her condition is believed to be caused by a spiritual attack and she's been advised to seek forgiveness from those which she offended in the past. 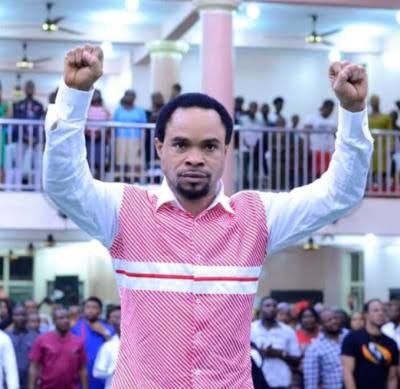 She went to prophet Odumeje with her family to seek forgiveness from him, it was reported by some that she did a video against the prophet which made people speak badly of him. However, prophet Odumeje refused to forgive her.

In a video shared on Facebook, Ada Jesus was seen sitting on the floor inside his church as his brother pleaded with the prophet saying it was the devil's work. The prophet insisted he won't forgive her, he said nobody speaks against him and goes free. 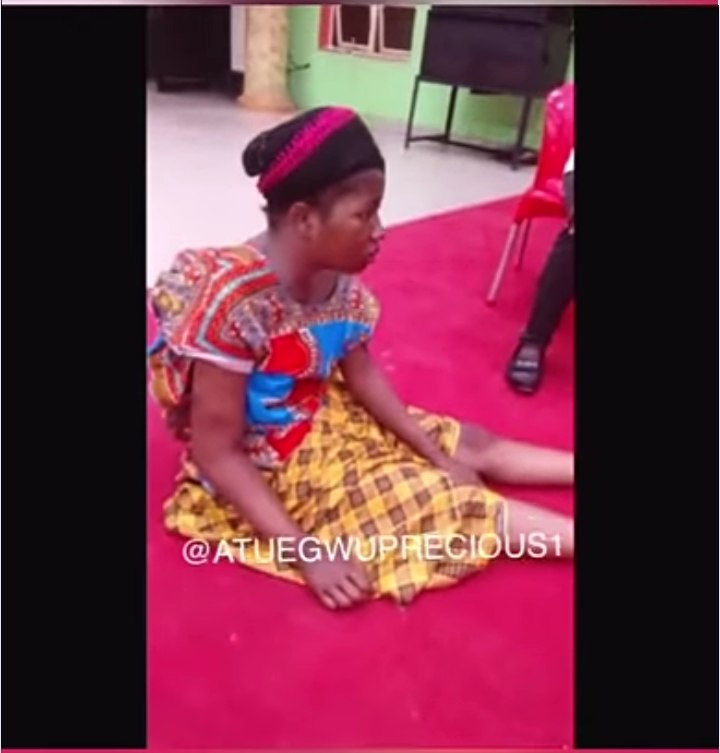 To the surprise of many, Chi Marine an Asaba-based spiritualist which Ada Jesus has reportedly dared and insulted in the past forgave her as she went with her family to his temple to seek his forgiveness. He also gave her the sum of 100 thousand naira. 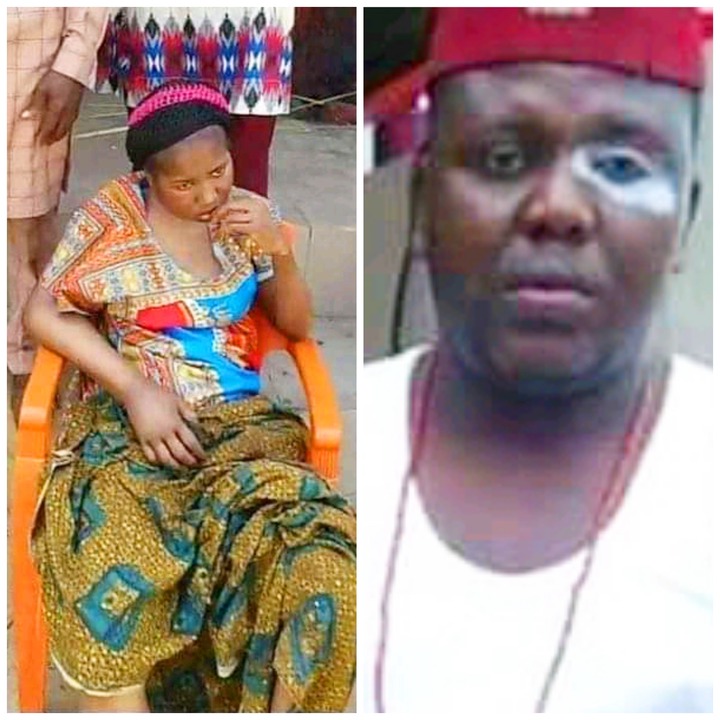 CLICK HERE to watch the video of Ada Jesus at the chief priest temple. 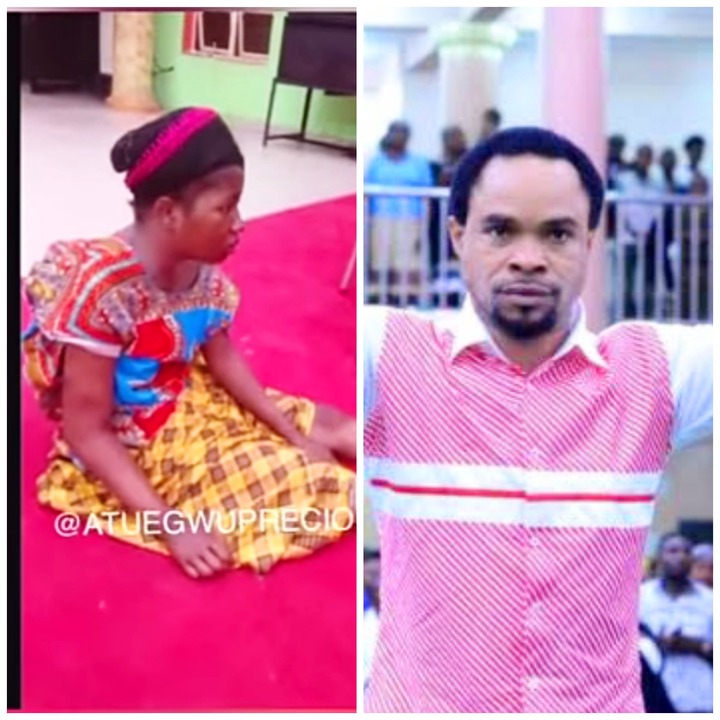 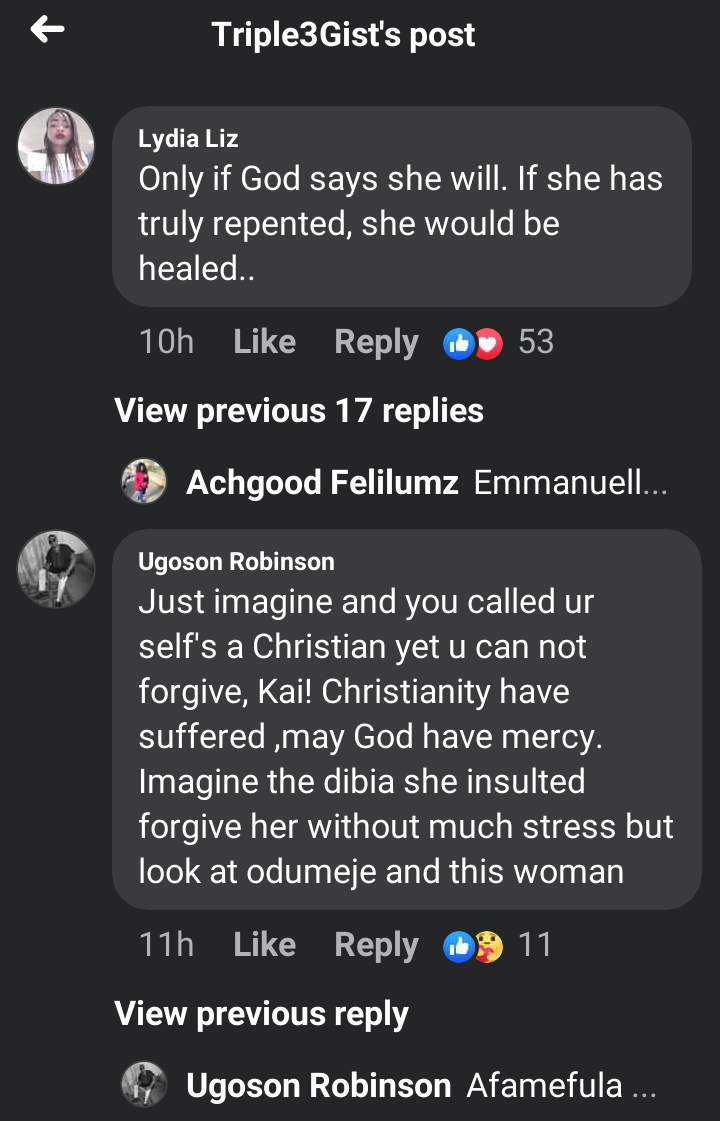 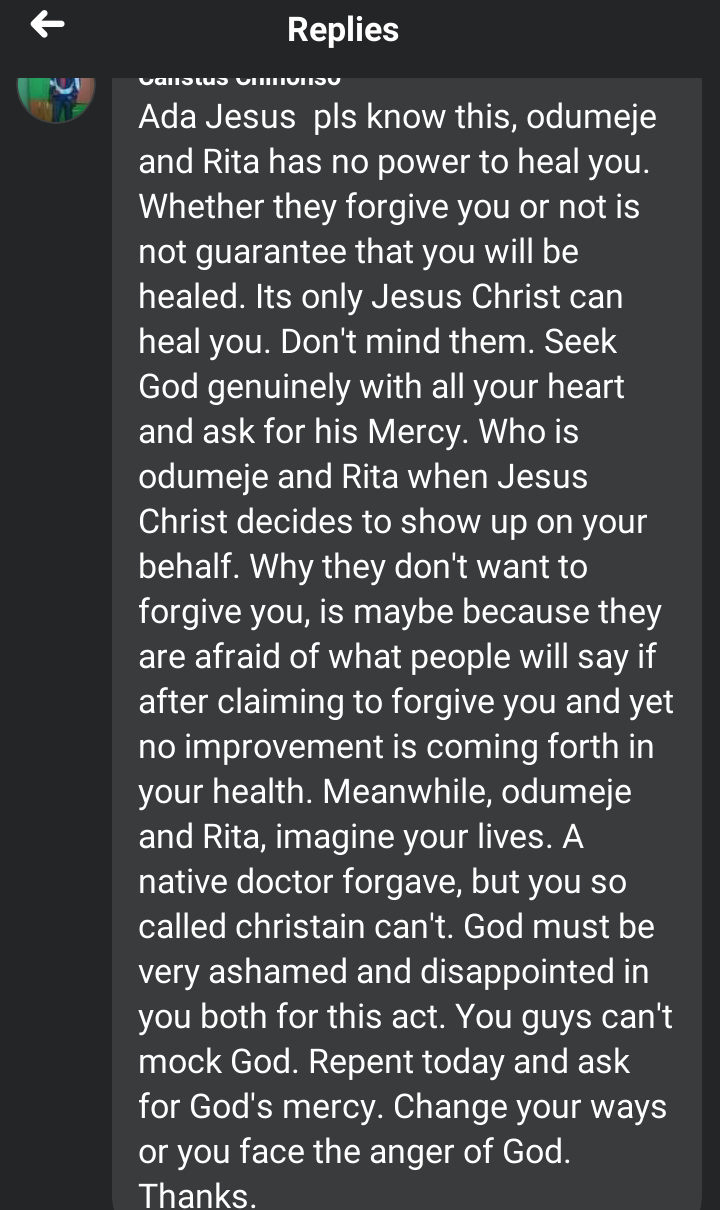 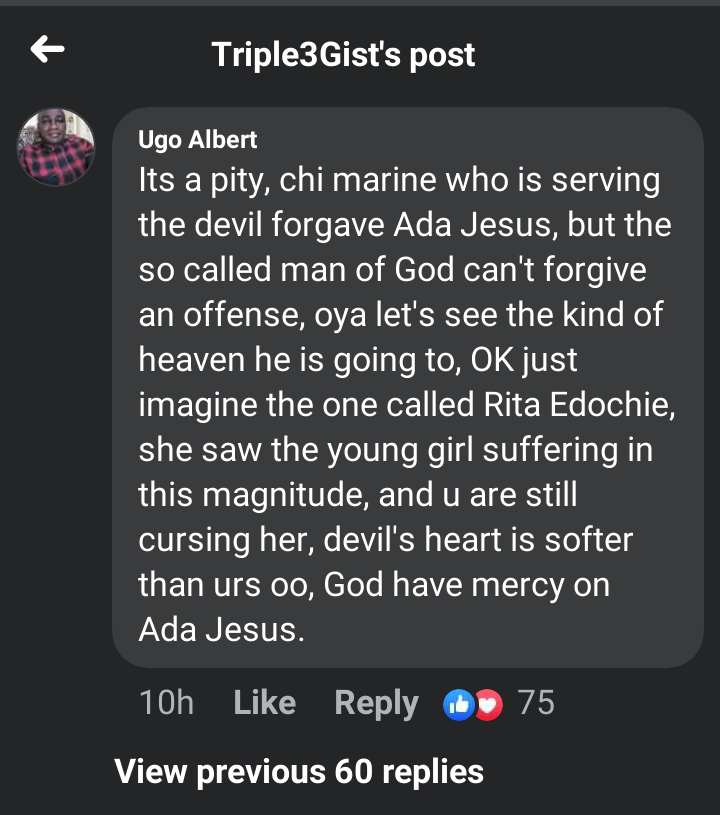 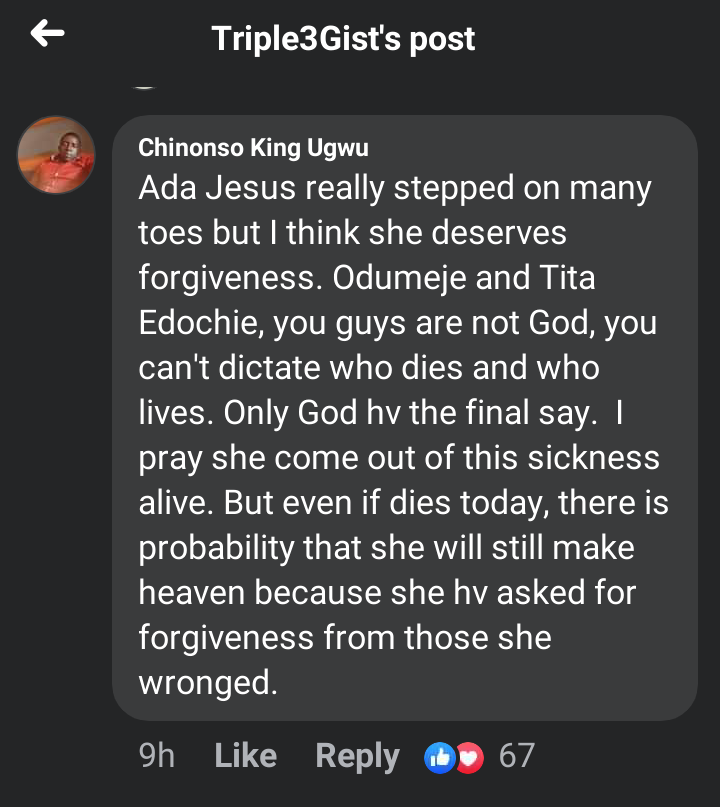