Pope greets Afghan Christian families who have escaped to Rome

By Sirax (self media writer) | 9 months ago 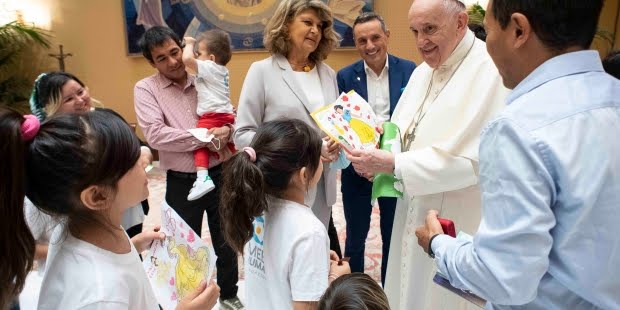 Pope Francis was said to have received over three Christian families in the hall of former Pope Paul VI. A woman who was the mother of four children tried to offer Pope Francis the ring of her husband who was killed in Afghanistan by the Taliban, the supreme pontiff accepted the ring but he then told her to keep the ring as a sign of friendship and hope, more of a remembrance. The 57 year old said that her husband was fired and later arrested, after his arrest, they never had sights of him again. She said that she locked her and her family in the basement for over 4 days and 4 nights because they were afraid of getting arrested.

The family were said to have arrived in Rome on the 21st of August and were now able to attend mass. The three Christian families who were able to leave Afghanistan were made up of 14 people. Pope Francis has with great concern followed up the crisis in Afghanistan.