I welcome you to our Sunday gospel reading and bible reflections,so kindly get your jotter and bible ready.

Firstly,today which is 28th February is the feast of the transfiguration of our savior Jesus Christ.in the order of the catholic liturgical calendar,today is the second Sunday of lent. 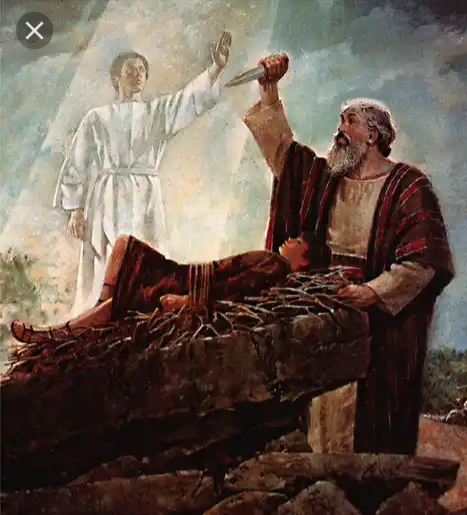 V.1 After these things,God tempted Abraham, and said to him Abraham Abraham,he answered,here I am.

V.2 He said to him: Take thy only begotten son Isaac, whom thou lovest, and go into the land of vision and there thou shalt offer him for an holocaust upon one of the mountains which I will shew thee.

V.9 And they came to the place which God had shewn him, where he built an altar, and laid the wood in order upon it.so,when he had tied Isaac his son,he laid him on the altar upon the pile of wood.

V.10 And he put forth his hand and took the knife to sacrifice his son.

V.11 And behold an angel of the Lord from heaven called to him, saying,Abraham Abraham,he answered "here I am".

V.12 And he said to him: Lay not thy hand upon the boy, neither do thou any thing to him: now I know that thou fearest God, and hast not spared thy only begotten son for my sake.

V.13 Abraham lifted up his eyes, and saw behind his back a ram amongst the briers sticking fast by the horns, which he took and offered for a holocaust instead of his son.

V.15 And the angel of the Lord called to Abraham a second time from heaven, saying:

V.16 By my own self have I sworn, says the Lord,because thou hast done this thing,and hast not spared thy only begotten son for my sake.

V.17 I will bless thee, and I will multiply thy seed as the stars of heaven, and as the sand that is by the sea shore,thy seed shall possess the gates of their enemies.

V.18 And in thy seed shall all the nations of the earth be blessed, because thou hast obeyed my voice.

Faith,Love and Trust in God is the first thing a believer should have,just like Abraham.What I know is that,in our human nature,we cannot obey such a command,but Abraham obeyed such order with faith and trust. 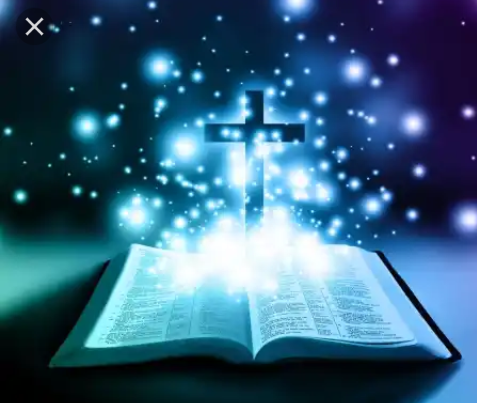 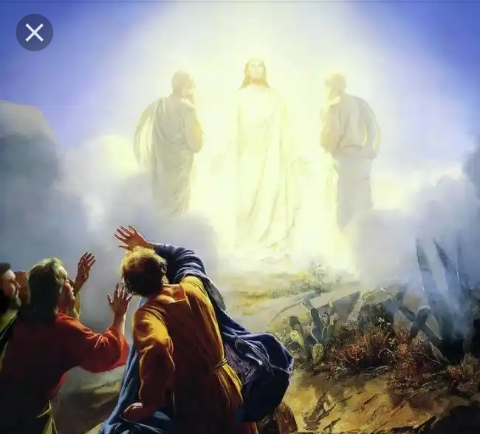 Six days later, Jesus took with him Peter and James and John, and led them up a high mountain apart, by themselves. And he was transfigured before them, and his clothes became dazzling white, such as no one on earth could bleach them. And there appeared to them Elijah with Moses, who were talking with Jesus. Then Peter said to Jesus,"Rabbi, it is good for us to be here; let us make three dwellings, one for you, one for Moses, and one for Elijah." He did not know what to say, for they were terrified. Then a cloud overshadowed them, and from the cloud there came a voice, "This is my Son, the Beloved; listen to him!" Suddenly when they looked around, they saw no one with them any more, but only Jesus.As they were coming down the mountain,he ordered them to tell no one about what they had seen,until after the Son of Man had risen from the dead.So they kept the matter to themselves.

This is the gospel of the Lord.

Be Careful, See What These Two Suspects Were Caught Selling To School Children In Abuja

Photos of Zlatan Ibile With Salah, Cardi B, Quavo and Other Celebrities

Make your pregnancy journey enjoyable with these eight healthy tips

Pastor Kumuyi's Message on Living Only For The Living God