TRADITION: Four Communities In Nigeria Where Pythons Are Worshipped 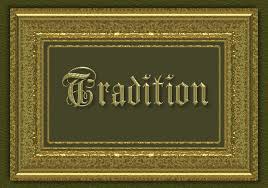 Snakes are elongated, legless, carnivorous reptiles of the suborder Serpents. Like all other squamates, snakes are ectothermic, amniote vertebrates covered in overlapping scales.

To some people, reptiles are one of the most dangerous animals in the world and they can't wait for it as it look scary to them. To others, they regard reptiles as nothing but exotic meat. In some parts, once they sight snakes, the meat for the day is settled.

As odd as it may sound, there are other sets of people who sees snakes as their gods. They worships snakes the way Christians and Muslims worship their God.

People in these communities worship one snake in particular — the python. Despite its size, this huge creature is considered a harmless being.

Here, a python is a totem, a sacred object and the manifestation of a spirit to be revered. These communities believe that they are not worshipping the snake itself but the spirit inside seen as the god of wisdom, bliss and benevolence.

In some of these communities, the python often has a temple, chief priest and snake wives — beautiful women that the snake consistently appears. The appearance could be physically or spiritually. 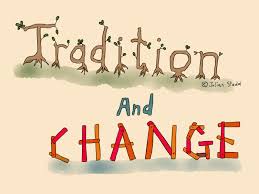 You must have come across someone or read about how much of a taboo it is to kill, not alone eat a python in their home town. Well, here is a list of towns in Nigeria where pythons are worshipped.

1) Nembe in Bayelsa State: As scary as it may sound, People of Nembe Kingdom in Bayelsa State still worship Python till date. Though, Christianity have taken over everywhere but it does not end this tradition. People who are deeply rooted in their customary and tradition in this community belief that python has played a major role in unifying the Kingdom.

Reports have it that Nembe mangrove forest is a dwelling place for pythons in different sizes. Attempts to kill the python would incur the wrath of not just the gods (Ogidida), but also the people in the community.

Python is so sacred to Nembe People. If Python is being killed by outsiders in another land, a Nembe man will take to his heels to avoid witnessing it.

2) Idemili in Anambra State: This is another community where python is loved, respected and worshipped. People of idemili Local Government area of Anambra State lives in harmony with (Eke) as snake is called in Igbo land. It is a taboo to kill snake in this part of the country. 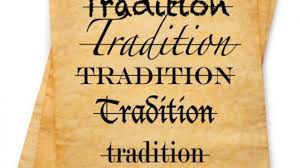 3) Ujevwu in Delta state: In this community, it is an abomination to kill a snake. It is reported that snake helped people of Ujevwe community of Udu local Government escaped during inter-tribal wars and they see snakes as their gods.

The python did this by going after the people and erasing their footprints which prevented their enemies from tracing where they went. The descendants of these people show their gratitude by refusing to kill or eat the python even till date.

As such, it is forbidden to kill pythons. On the rare occasion when a python is accidentally killed, the person responsible faces very serious penalties including human-like funeral rites for the dead snake.

4) Machina In Yobe State: In Machina, it is forbidden to kill a snake. People of this community snakes because it is believed that it is part of their royal family. Whenever the royal family is celebrating, snakes comes out to celebrate with them and they lived in peace.

Whenever the royal is mourning as well, snakes also do comes out to mourn with them.

These four communities are part of the places where snakes are seeing as their gods in Nigeria. Though, there are other villages where python is being worshipped but this article concentrate on these four places.

Have you experienced or come across where snakes are being worshipped? Please share your experience and your thought in the comment section.