Twitter Ban: All You Should Know About The UN 'Article 19' Invoked By Pastor Adeboye

By TMJ_Reports (self media writer) | 11 months ago

A few hours ago, the general overseer of the Redeemed Christian church of God RCCG, Pastor Enoch Adeboye made a post concerning the recent Twitter ban by the Buhari-led administration.

According to the revered clergy, he had noted that the Redeemed Church is domiciled in over 170 Nations & territories and so the tweet he sends out is in accordance with Article 19 of the UN universal declaration of Human Rights. 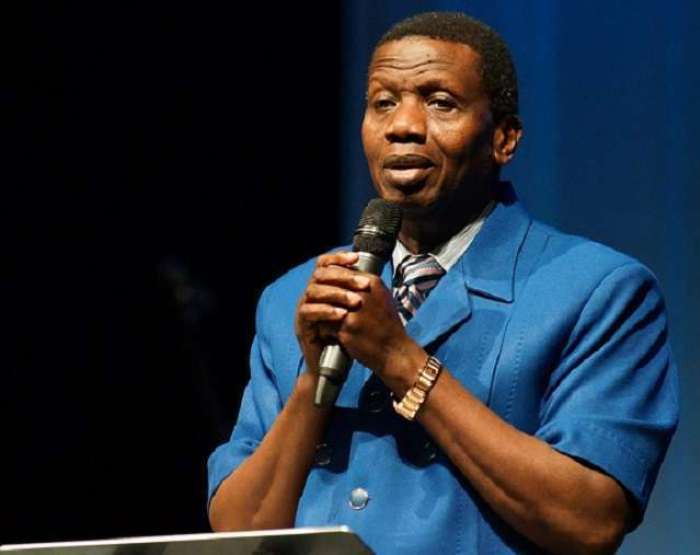 This comes as the FG's ban on Twitter is gathering traction as the National broadcasting corporation has just issued an order to all broadcasting organizations, both government-owned and private, to shut down their Twitter handles or face prosecution. 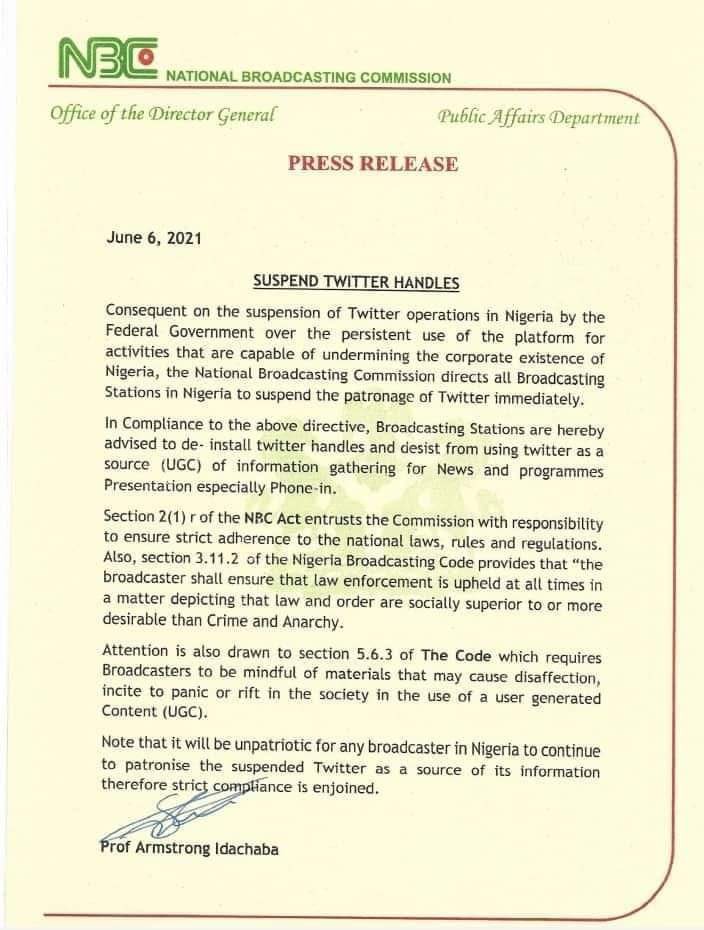 Recall the microblogging platform fell out with the FG since the platform deleted the president's tweet where he threatened to deal with troublemakers in the southeast.

The FG had retaliated by shutting down the site and ordering all Nigerians to stop using the site.

The Attorney general of the federation, Abubarkar Malami also threatened to prosecute anyone still using the site.

Nigerians had turned to an app that is able to bypass the shutdown and a good number of Twitter users have defied the ban.

Among them is the General Overseer of the RCCG, Pastor Adeboye. 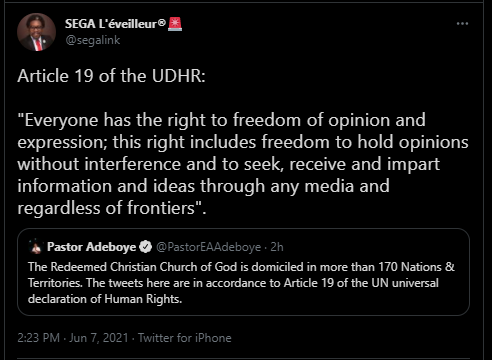 In his submission, the clergyman cited article 19 of the UN Universal declaration of human rights which states that:

"Everyone has the right to freedom of opinion and expression; this right includes freedom to hold opinions without interference and to seek, receive and impart information and ideas through any media and regardless of frontiers"

Recall the EU Envoy with the other Ambassadors from the US, UK, Ireland, and Canada had registered their displeasure over the ban and called on the presidency to rescind the action. 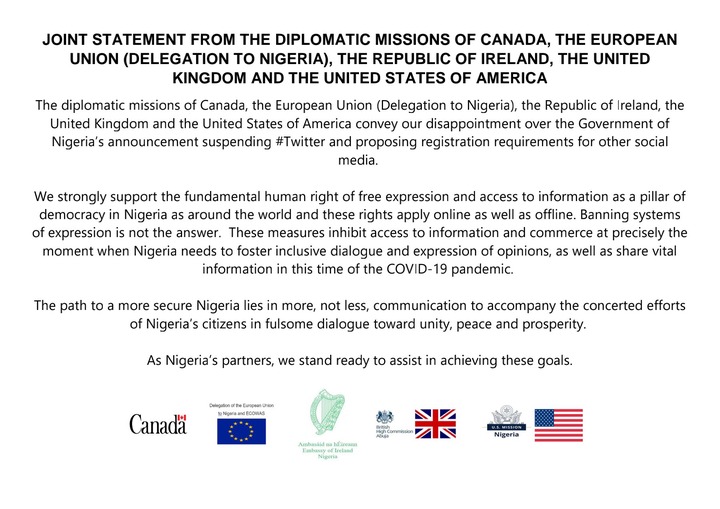 The group earlier met with the foreign affairs minister today where they still discussed the need for the FG to remove the ban.

By citing article 19 of the human rights declaration, Pastor Adeboye has invoked his rights to freedom of speech and freedom to hold opinions and to seek, receive and impart information.

What this means is that as a citizen of a UN nation, those rights are basic and every citizen should enjoy them. 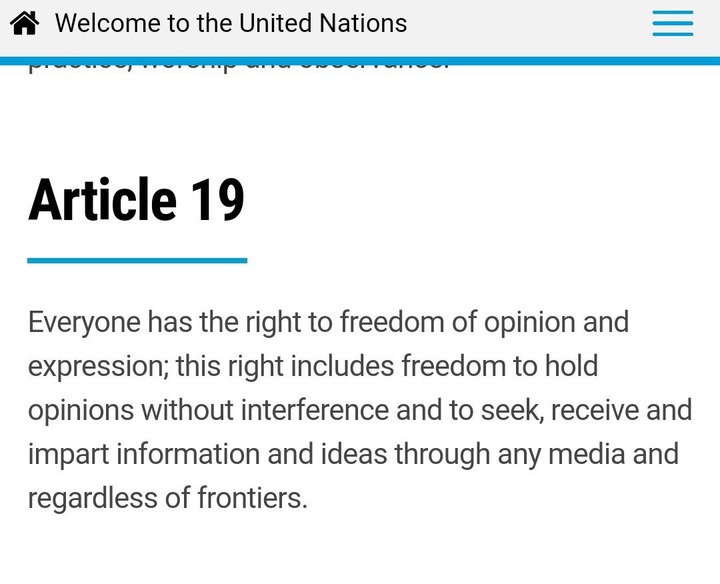 However, several lawyers have come out to fault the opinion of the attorney general on prosecuting those who are still using the platform.

For instance, Barr. Daniel Bwala, the special adviser to the Deputy senate president and a guest on channels TV had mentioned that the position of the attorney general was not known to law.

His argument was that before anyone can be arrested for using Twitter, the law enforcing the arrest must be codified by law and registered to be an offense 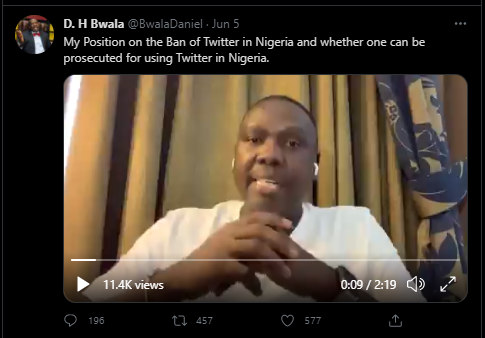 Further speaking, he added that the law of the land says that nobody can be convicted or prosecuted for any offense which is not known to the law, and also, no punishment can be given to anybody unless that which is registered in law.

He added that for now, the use of Twitter is not a known offense and as such, is not a punishable crime. 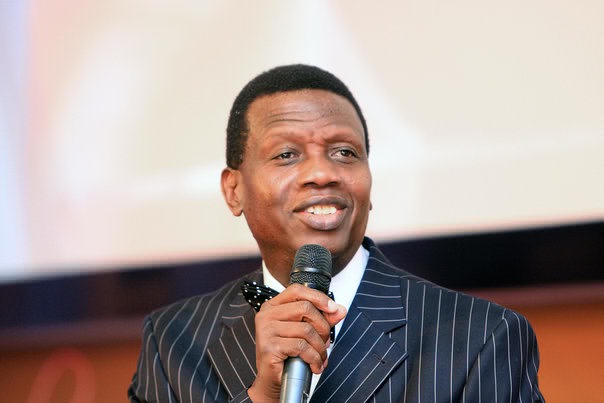 Pastor Adeboye may also be using this as the basis for his announcement.

He may also, be out of the country as he just revealed that his church is based in over 170 locations.

Irrespective of location, once an individual is a citizen of a UN nation, he is automatically covered by the UN Charter of human rights which is enshrined in article 19.