Praying The Psalms For Spiritual Warfare

By OluwafemiWorld (self media writer) | 2 years ago 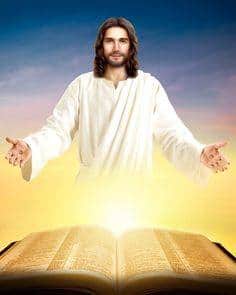 The use of Psalms as a weapon in spiritual warfare is a biblically based practice completely backed by the word of God. How can it be unscriptural to use the word of God to counteract (undo) Satan's works in the lives of the Saints?

There is a lot of debate questioning the legitimacy of praying the imprecatory psalms. An imprecatory psalm calls for God to bring judgment, shame, defeat, scattering, confusion and the like upon the wicked.

These kinds of prayers are found all over the book of Psalms. For instance, in the 35th., the 69th., the 109th., the 137th., and the 139th. Psalm, the man of God prays: "Let them be confounded and put to shame that seek after my soul…Let them be as chaff before the wind, and let the angel of the Lord chase them"; or in his description of the persecuted church praying against her oppressors: "Happy shall be he that rewardeth thee as thou hast served us"; or in his protest: "Do not I hate them, O Lord, that hate thee? And am I not grieved with those that rise up against thee?"

Those who disagree with the psalmist read these verses and compare them to such New Testament admonitions like: "But I say unto you, Love your enemies, bless them that curse you, do good to them that hate you, and pray for them that despitefully use you and persecute you." Mat. 5:44.

They claim that David and other writers of the book of Psalms were wrong to have prayed these imprecatory prayers. Some have gone to the extreme of removing these Psalms from the Bible they use. For example, the Reformed Episcopal Church's 1963 Prayer Book has carefully removed these "cold-blooded" prayers. Many modern commentators are emphatic in their views that the imprecatory psalms are defective, uninspired outbursts that do not belong in the Bible. It is disappointing to find even C. S. Lewis in this camp. He speaks of these psalms as "devilish" and "diabolical."

These critics are quick to explain that the writers of these psalms should be excused and forgiven because they were living in the Old Testament times before the New Testament teachings of Christian love. They conclude by admonishing that these prayers should not be prayed by present day believers.

The claim that under the New Testament dispensation, there is no place for imprecatory prayers is not the strongest, but rather the weakest argument of Psalmist critics. They are wrong because:

The Lord Jesus taught and practiced unconditional love, but He also imprecated the unbelieving cities of Capernaum, Chorazin and Bethsaida. Also in Matthew chapter 23, we hear Jesus, thundering down "woes" upon the "teachers of the law and the Pharisees." The seven woes of verses 13, 15, 16, 23, 24, 27 and 29 all condemn and call forth judgment of God to fall on them in unequivocal terms. Do we have an inconsistency in the Savior's ministry? Not at all. It is also interesting to note that the judgment Jesus pronounced on Judas in Matt.26:23-24 was actually taken from Psalm 41:9-10:

"And he answered and said, He that dippeth his hand with me in the dish, the same shall betray me. The Son of man goeth as it is written of him: but woe unto that man by whom the Son of man is betrayed! it had been good for that man if he had not been born." Matt 26:23-24

"Yea, mine own familiar friend, in whom I trusted, which did eat of my bread, hath lifted up his heel against me.0 But thou, O LORD, be merciful unto me, and raise me up, that I may requite them." Ps 41:9-10

The imprecations of Psalm 69 could be said to be the very words of Christ. This is because Psalm 69 is a Messianic Psalm spoken in the first person. The pronouncement of the unpardonable sin (Mark 3:22-30) was also an imprecation of the Lord Jesus. It was a judgment upon the Pharisees who had attributed His miracle-working power to the Devil.

It is important to note that the Old Testament is quoted in the New Testament approximately 283 times. 116 of these quotes are from the Book of Psalms alone. In so many of these scriptures, Jesus did not just quote from the Psalms, he personally identified with them.

Paul was a man known for his love for the Lord and for the people Christ came to save. He was a spokesman for the Lord, writing many of the books in the New Testament. In his writings, we find imprecations similar to those used in the Book of Psalms:

If any man love not the Lord Jesus Christ, let him be Anathema Maranatha. "Anathema" means to be "cursed with a great curse."

But though we, or an angel from heaven, preach any other gospel unto you than that which we have preached unto you, let him be accursed.

I would they were even cut off which trouble you.

Alexander the coppersmith did me much evil: the Lord reward him according to his works:

It is easy to see from these verses that Paul believed in the Book of Psalms; "as is."

"Then said Paul unto him, God shall smite thee, thou whited wall: for sittest thou to judge me after the law, and commandest me to be smitten contrary to the law?"

That sounds like imprecation. By the way, what Paul apologized later for was not the use of the imprecation but for the one against whom it was used.

The Book of Revelation uses imprecation in a similar way to those used in the psalms:

"And they cried with a loud voice, saying, How long, O Lord, holy and true, dost thou not judge and avenge our blood on them that dwell on the earth?" Were the inhabitants of the earth judged? A study of the Book of Revelation reveals that that this prayer did not go unanswered.

To those who claim that the New Testament teaches so much on love that it has no room for imprecations, I rest my case, with the above scriptures and explanations.

2. "All scripture is given by inspiration of God, and is profitable for doctrine, for reproof, for correction, for instruction in righteousness: That the man of God may be perfect, throughly furnished unto all good works." 2 Tim 3:16-17

Just as other passages of the scriptures, the book of Psalms was given by the inspiration of God and for a specific purpose. To question the authority of God's Word because some disagree with the way it is being used is to throw the baby out with the bathwater.

Long ago, Eve began the tradition of questioning the authority of God's word. That is a tradition that has continued till today. But the fact is, we have neither the right nor the freedom to doubt the inspiration of the scriptures.

Content created and supplied by: OluwafemiWorld (via Opera News )