By Usheritto (self media writer) | 1 year ago 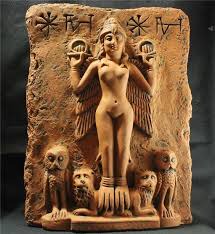 During the imprisonment of the people of Jerusalem, about 700 BC, when all had been banished to Babylon, including the prophet Jeremiah himself, the word of the Lord was still coming to Jeremiah concerning the future of the people of God. Jeremiah delivered the message about the Queen of Heaven in Mizpah, an Egyptian city.

The LORD had cautioned them not to flee to Egypt to avoid Nebuchadnezzar's jurisdiction, in whose kingdom they had been sent by God's providential hand. As a result, he forewarned them, saying, "This is what the LORD of Hosts, the God of Israel, says about you and your wives: You women spoke with your mouths, and you men acted on it, vowing to uphold our vows to burn incense to the queen of heaven and pour out drink offerings for her. Let your vows be confirmed! Your vows must be fulfilled! Jeremiah 44:25 is a prophecy from the Old Testament prophet Jeremiah. 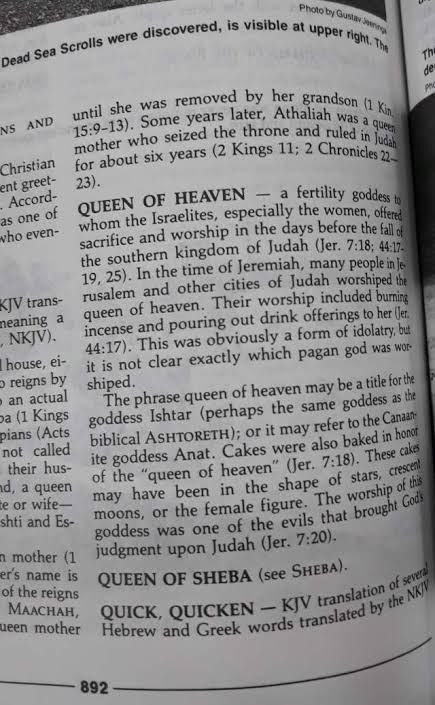 So, who was this Heaven's Queen, exactly?

In an allusion to Revelation 12:1-3, others have believed that the queen of heaven was not Mary, the mother of Jesus. It wasn't the case; that was a completely different post. Furthermore, Jesus Himself issued a lenient rebuke to a woman who cried out to Him, "Blessed is the mother who gave you birth and nursed you", (Luke 11: 27) replying to her, "Blessed rather are those who hear the word of God and obey it." By doing so, He diminished any intuition to elevate Mary as an object of worship. He could certainly have said, “Yes, blessed be the Queen of Heaven!” But He did not.

The title "queen of heaven" was granted to several ancient sky goddesses who were worshipped all over the ancient Mediterranean and in the East. Inanna, Anat, and Astar are examples of goddesses that have been referred to by this title. So, for this discussion, we'll focus on two of them, one of which is often stated in the Bible.

In the time between the Romans and the Greeks, Hera and Juno also had this title, though the forms and content of their worship differed. 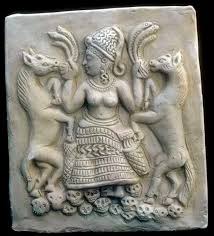 This is why Old Testament prophets often warned people against worshipping the hosts of heaven or celestial bodies. Inanna was the Sumerian goddess of love and battle, and despite her association with human and animal fertility, she was not a mother goddess, and childbirth is seldom associated with her. Inanna was also connected to rain and hurricanes, as well as the planet Venus.

Throughout antiquity, the title of Queen of Heaven was bestowed on a variety of goddesses, but Inanna is the one on whom it was bestowed the most. Her cult was widespread in Mesopotamia and the Canaanites to the west.

As Astarte, The Goddess 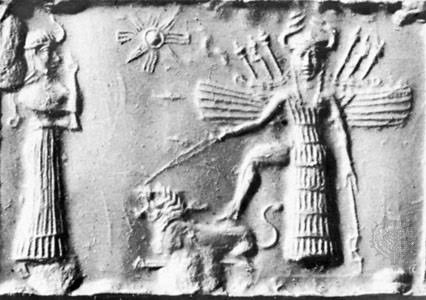 As previously stated, the title was given to several ancient goddesses, but only to a few in particular. Jeremiah's other goddess, the Queen of Heaven, whose worship he had so vehemently opposed, may have been her. Astarte is the Greek goddess of the beginning. Astarte is a goddess from the Northwestern Semitic region. Another name for the goddess is ‘Ashtart; Ashtoreth is another name for her in Hebrew. Since 1200 BC, Astarte has been around. Astarte had a relationship with Fertility, sex, and wars are all topics that come up in conversations. The lion, the horse, the sphinx, the dove, and the star inside a circle, which represented the planet Venus, was her symbols.

Jeremiah forbade the people from worshipping these goddesses because they had been misled by the hypocrisy and perversions of their time, which had caused them to worship the beast rather than the Creator.

What's your say on this? Kindly drop your comments below!