By OlowookereAdebayo01 (self media writer) | 4 days ago

One very significant reason why believers are so-called is the belief that Jesus Christ is coming back again. The Lord Jesus Christ, who was crucified and rose on the third day; after dwelling with His people for several days, ascended to heaven with the promise of His second coming.

His second coming to every believer wait for patiently, in thick and thin, in travails, tribulations, persecutions and several not so friendly situations of life. The Bible says, concerning the stay, and the kind of life believers must expect in the world that, they should be of good cheer, for Christ Jesus has overcome the world.

The rapture, which is the title, accorded the event that would mark the second coming of Jesus Christ, entails the sudden disappearance of some selected group of people, who are the elects. They are those who have given their all in all for the services of God and has been divinely approved as faultless and entitled to be caught up into heaven to meet Jesus Christ in the sky.

The Nature of The Rature:

According to the Bible, believers who are found faultless, who had lived their lives so far for God and through the Grace of God would be caught up in the sky by the divine rapturing power of God. The Bible, in the book of 1 Thessalonians 4:16-17

KJV: For the Lord, himself shall descend from heaven with a shout, with the voice of the archangel, and with the trump of God: and the dead in Christ shall rise first:

KJV: Then we which are alive and remain shall be caught up together with them in the clouds, to meet the Lord in the air: and so shall we ever be with the Lord.

"We will not all sleep, but we will all be changed — in a flash, in the twinkling of an eye, at the last trumpet. For the trumpet will sound, the dead will be raised imperishable, and we will be changed".

The nature of the rapture shall be that, those who have long died as believers, and holy in Christ, would be the first to respond to the sound of the divine trumpet and burst out from the tombs to be caught up in heaven, and followed by those still living, and who are believers, and blameless in God.

What Would Happen to those who are not raptured, although, are believers but found wanting:

It would be a day of agony and regret. No other thing could be compared to the disappointment people would found in themselves. Already, the whole world would have been traumatized by the event, and the living believers who are left behind would already have known what has happened.

According to the Bible, a day of tribulation and immense persecution awaits those who were not raptured with the trumpet. The Antichrist would take over rhe control of the world, and to live would be by confirmation of if you are for his rule. The confirmations hereby come with you being given marks, among which is the popular 666, and some other marks that represent his rule, otherwise referred to as, "the mark of the beast". 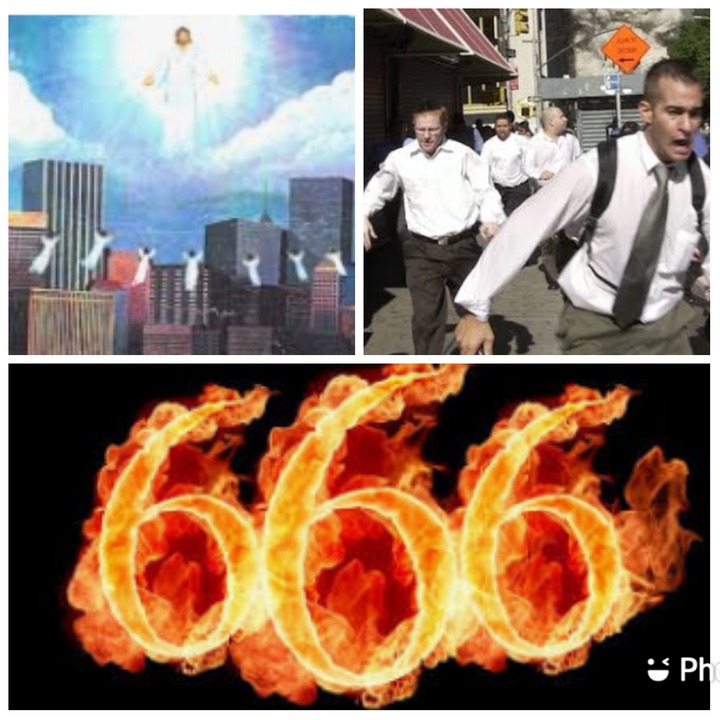 AMP: Also he compels all [alike], both small and great, both the rich and the poor, both free and slave, to be marked with an inscription [stamped] on their right hands or their foreheads,

AMP: So that no one will have the power to buy or sell unless he bears the stamp (mark, inscription), [that is] the name of the beast or the number of his name.

They shall roam the earth, hiding from the authority of the Antichrist. No way would they be able to hide because all the technology of the world would work purposely for his power and rule. Even, the air that blows in the atmosphere then, shall be eyes for his government. So, there won't be any place to hide.

However, if they could survive the excruciating pains that they would be subjected to as a result of torture in not agreeing to take the mark of the beast which is a mark of destruction, they would be saved. The Bible calls this period, the second death.