The Two Kingdoms You Must Know.(Fiction)

By StarB (self media writer) | 1 year ago 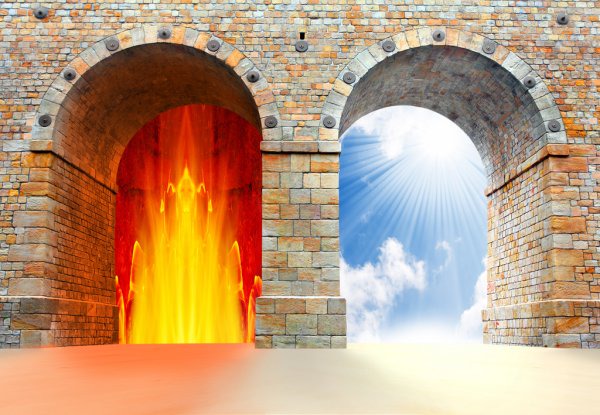 The bible makes us to understand the two kingdoms that exist; the kingdom of "God"( Jehovah)and the kingdom of "Satan"( Lucifer). God is the creator of "heaven" and "earth"(Genesis 1:1 In the beginning God created the heavens and the earth) as nothing would have existed without the his creations. Heavens is made of Angels and we can't see them, because they are spirits, just like the Earth is also made up of human beings and other living creatures. Satan was among the Angels which God created, but he became the adversary of God and he was thrown down from heaven(Ezekiel 28:13 You were in Eden, the garden of God; every precious stone adorned you: carnelian, chrysolite and emerald, topaz, onyx and jasper, lapis lazuli, turquoise and beryl. Your settings and mountings were made of gold; on the day you were created they were prepared.

Ezekiel 28:14 You were anointed as a guardian cherub, for so I ordained you. You were on the holy mount of God; you walked among the fiery stones.

Ezekiel 28:15 You were blameless in your ways from the day you were created till wickedness was found in you.

Ezekiel 28:16 Through your widespread trade you were filled with violence, and you sinned. So I drove you in disgrace from the mount of God, and I expelled you, guardian cherub, from among the fiery stones.

Ezekiel 28:17 Your heart became proud on account of your beauty, and you corrupted your wisdom because of your splendor. So I threw you to the earth; I made a spectacle of you before kings.

Ezekiel 28:18 By your many sins and dishonest trade you have desecrated your sanctuaries. So I made a fire come out from you, and it consumed you, and I reduced you to ashes on the ground in the sight of all who were watching.)

Now that we know God exist, then we have to make a choice of which kingdom we are going to spend our eternity with. Would u like to spend ur eternity with God or Satan? Remember, God has the power over Satan and has kept an eternal punishment for him and his other Angels he felled from glory with ( Revelation 12:4 Its tail swept a third of the stars out of the sky and flung them to the earth. The dragon stood in front of the woman who was about to give birth, so that it might devour her child the moment he was born.)

The bad news about Satan is that he is bringing more souls on earth to his kingdom ( hell fire) by doing this to you:

" St. John 10:10 The thief comes only to steal and kill and destroy; I ( Jesus) have come that they may have life, and have it to the full. First, Those whom they steal, whose hearts and affections they steal from Christ and his pastures, they kill and destroy spiritually for the heresies they privily bring in are damnable. Deceivers of souls are murderers of souls. Those that steal away the scripture by keeping it in an unknown tongue, that steal away the sacraments by maiming them and altering the property of them, that steal away Christ's ordinances to put their own inventions in the room of them, they kill and destroy ignorance and idolatry are destructive things. Secondly, Those whom they cannot steal, whom they can neither lead, drive, nor carry away, from the flock of Christ, they aim by persecutions and massacres to kill and destroy corporally.

Content created and supplied by: StarB (via Opera News )