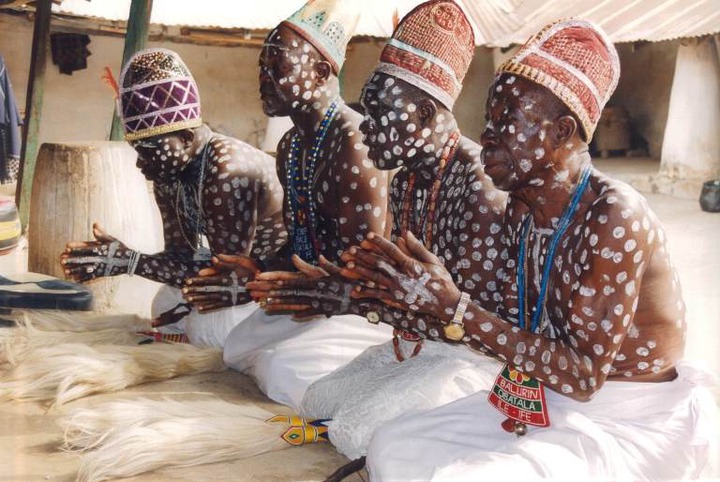 The beliefs that formed the yoruba traditional religion are:

1. The belief in a supreme God: The Yorubas believe in a supreme being that is responsible for the creation of the world, the people, and the order of things that take place. He is believed to possess infinite powers and knowledge and is eternal. The Yorubas call this God Olorun or Olodumare.

2. The belief in deities: The Yorubas believe that Olodumare the supreme God is too high to be accessed by humans. Olodumare has messengers that he sends to carry out some specific tasks. These are spirits and are the ones that man can access to carry their message to Olodumare. The Yoruba people call these spirits orisha. They have shrines where a priest can go and make sacrifices and relay messages to God. They have the power to carry out some actions. If that messenger is responsible for agriculture, he can make crops to grow well when pleased and grow bad when angry. However, anything that is beyond them is carried to Olodumare.

3. The belief in ancestors: The Yorubas also believe that when someone dies, if he had lived well becomes an advocate for his relatives in the spirit realm. He can provide protection and bless his relatives. He can relay the needs of his people to the deities. Small altars are sometimes set up in family homes to offer sacrifices to the ancestors.

4. The belief in spirits: The Yorubas believe that there are spirit beings other than them being a deity. They believe that humans have spirits in them and when one dies, the spirit goes to their realm to either become an ancestor in the spirit realm or an evil spirit over there.

5. The belief in other forces not known to them: They also believe that other unknown powers are operating. They can either be good or bad. Charms are therefore prepared to ward off these evil spirits.