Church and fame: How Christianity is fuelling Kanye West’s vanity

By RotimiAkinola (self media writer) | 2 years ago I watched the “Jesus Is King” Sunday service held at Joel Osteen’s Lakewood Church which featured Heaven’s supposed latest convert, Brother Kanye West. I wish it was just the festival of gospel music that it touted but now suspects it could be an indication of something sinister.

The musical showpiece was befitting of an assembly a minority in the religious community see for what I think it really stands for: showbiz. I, therefore, wasn't surprised to see West – a man apparently still drunk on the intoxicating world of entertainment – gravitate towards the allure of a megachurch pulpit.

According to Time, one of the thousands of people who attended the “Jesus Is King” concert on Sunday night said “this is like the Super Bowl today”. Is that the kind of impression God wants to make on anyone?

And after new converts were led into saying “the sinner’s prayer” and “accepting Jesus into their lives”, the man who led the seemingly solemn session bragged about the super-rich Lakewood Church being “one of the best in the world”. Is that what validates the conversion of people into a faith authored by a man who was born in a manger? We’re talking about a Jesus who didn’t have it as good as hole-dwelling foxes and nest-resting birds.

After one of Kanye's performances, the same man who led the "solemn" prayer had to tell worshippers to "let's go back to church" as he led them into "normal" gospel music. Sigh.

Moments after the Sunday evening event got underway, Pastor Joel Osteen himself said he had always been attracted to the dynamics of stage lighting, performance and all that. He retold a touching story of how the death of his father forced him out of the backstage and into the limelight.

And that seems to be the high of his kind of Christianity: the limelight; the fame; the glam.

I know Jesus said his believers are the “salt of the earth” and “the light of the world”. Throughout his three-or-so years of earthly ministry, the Lord himself was in the limelight. He had to be. But we know he didn’t count it as something that had to be grasped or bragged about. He also didn’t monetise or brand it. He, as a matter of fact, traded it for a painful death on the cross.

Can we say the same of Osteen and Kanye? 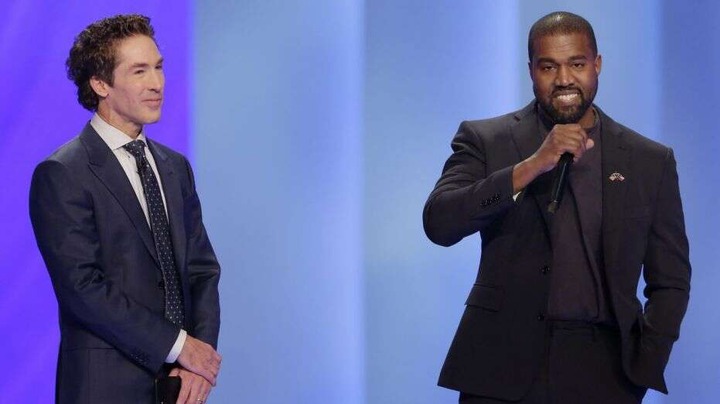 Since the news of West’s switch to Christianity rent the airwaves, many have lauded the seeming change and even likened it to the conversion of Biblical Apostle Paul who lost his enmity for believers after a dramatic encounter with Jesus Christ. Those who have swallowed Kanye's story hook, line and sinker urge “cynical Thomases” to stop doubting West’s sincerity like many believers did of Saul’s metamorphosis into Paul.

Kanye West himself sought, even if unintentionally, to make a connection with the apostle during the visit to Osteen’s church earlier on Sunday. Saul met Jesus in a vision on the road to Damascus; Kanye apparently had his own divine encounter while battling a mental dysfunction.

“The only superstar is Jesus,” he said to the delight of an applauding congregation.

“Now the greatest artiste that God has ever created is now working for him,” West declared.

That assertion indicates that West’s egotism and propensity for self-adulation is a strong as ever. That sounds about like what a worldly, self-aggrandising performer would say, doesn’t it?

Y’all need to be thankful because I’m greater than all the singers you’ve ever had.

Can you imagine respected worship leaders like Don Moen and Donnie McClurkin saying that? Well, I can’t. These men are known for their humility – a trait of spirit-filled people. Kanye’s case must be different. 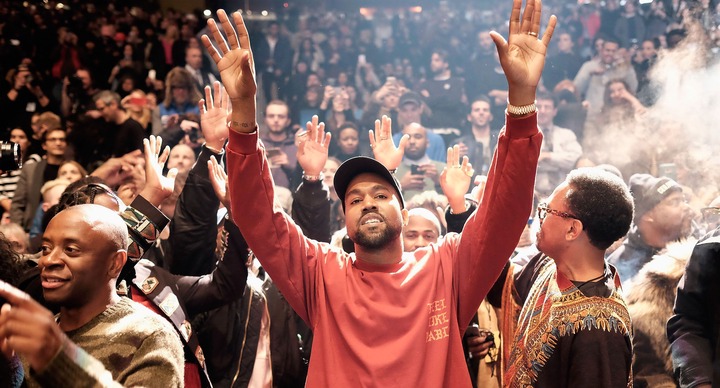 Before his stint with Osteen, the “gospel” rapper appeared on “The Late Show” where he said the following:

"God is using me as a human being. …as humbly as I can put it, he’s using me to show off.

“Last year, I made $115 million and still ended up $35 million in debt. This year, I looked up and I just got $68 million returned to me on my tax returns.

“And people say, ‘Oh, don’t talk about these numbers.’ No, people need to hear someone that’s been put into debt by the system talk about these kinds of numbers now that they’re in service to Christ.”

So, service to Christ is now all about the bottom line? We need to find the guy who preached Jesus to Kanye and sentence him to ten years of rigorous Bible study!

Mr West must have been told a lie about the lowly Jesus or is simply taking “the church” for a mocking ride. And it’s no surprise he’s found his targets within the prosperity gospel community.

While the crowd to which Kanye now panders may not be as “holy” as his previous fanbase, it still shares something with the former as both feed the rapper's unrelenting vanity.

West is "saved" but everything I have seen so far seems to validate one NBC headline about the whole Kanye “conversion” being “less about Jesus than it is about Kanye”. Local man just came out of debt and there's a clothing brand on the line!

Yeezus seems to be having a blast in the name of Jesus and at the expense of a throng addicted to talent worship.

Content created and supplied by: RotimiAkinola (via Opera News )