By CTnews (self media writer) | 1 year ago

Now that Beba Has Gone Home 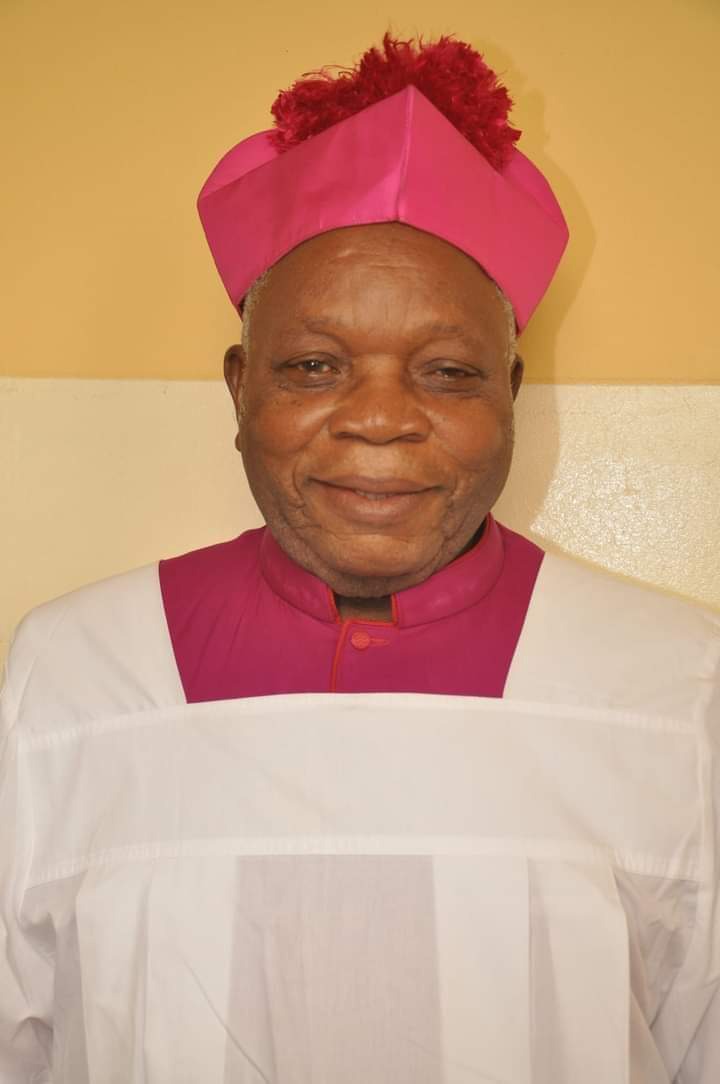 I wanted to write this week on the mismanagement of Terwase Akwaza , better known as Gana. In the light of the attention that Sunday Igboho, the Yoruba warlord and acclaimed activist had gotten in the media , I wanted to bring out the reasons why Gana was also not rebranded or packaged to be also useful.

When Monsignor Beba's mate , Bishop Atule Usuh died in 2016, I wrote an article under the tittle , " Now That Beba is Alone " . Time has passed , events have taken over but now that Beba has gone home , I wish to reproduce the article verbatim. As you read , please read as if , you are still in 2016!

Between 31st January 1885 and 27th January 1887, an east African king ordered the massacre of some of his subjects . They were a group of 45 young converts to Christianity in the old Buganda kingdom.

The historical kingdom of Buganda which is now part of Uganda was then under Mwanga II , the Kabaka of Buganda. Of the 45 killed, popularly called by historians as young martyrs of Uganda, 22 were Catholics and the notable amongst them were Charles Lwanga , Kizito and Andrew Kaggwa.

The reasons for their executions are still debatable, but not the impact of their sacrificial deaths on the growth of the church of God in East Africa and beyond. Such was the impact of their martyrdom that even Rome recognised it. In 1920, Pope Benedict XV beatified them and they would eventually be Canonized as saints years later by Pope Paul VI on 18th October , 1964.

On 19th December, 1971, a different set of young Africans were also offering their tender shoulders to carry the burden of the Catholic faith amongst their people, the Tiv people of Nigeria. They were the seven sons of Tiv who were ordained as Catholic priests. These were Frs. Athanasius Usuh, Benjamin Adzor, Moses Adasu, Steven Beba, Simon Ivever , Edward Maaer and Dominic Yuhe.

Their ordination was done at St John's Gboko by Donald J. Murray, CSSp.

With the death of Usuh , who was later made a bishop, on 14th July 2016 at the age of 75 years , only Very Rev. Fr Stephen Beba who is 71 years old is alive of this group. It is important to note here that these were not the first Tiv to be ordained as Catholic priests. There was one man who was ordained before them but he rescinded his priestly vows along the line.

Although time is closing in on that era, but the impact of their sacrifices shall outlive them. They saw ahead and paid the requitsite sacrifices. Like Prophet Isaiah had prophesied, they sacrificed their youthfulness so that The people who walked in darkness would see a great light; those who dwelt in a land of deep darkness, on them light shone.(CF Is. 9.2)

In the 1920s when the German Catholic priests started to preach in and around Tivland, just a decade after on the heels of Dutch Reformed Church which brought the gospel to Tivland for the first time in 1911, Tivland faced a challenge.

The forces of continuity and those of change were at a melting point. As both the young and old of the tribe tinkered with which decision to take, these young men stood forward and took side with Christianity.

Although the anthropocentric pre- Christian ontology of the Tiv society made allowance for a belief in a supreme being, Aondo, but generally, the society was based on fear. There were a lot of taboos to be observed and mbaakombov, mbatsav, mbakpehen ishor to enforce or intimidate the society. There was a thin line between good and evil, and in some cases, they overlap.

The Ityo, ingor and ya institutions which administered justice in line with the traditional wisdom of elders and maintained orderliness, had initially looked at Christianity from the beginning as tar vihin, spoiling the world view of the Tiv people, yet these young men were willing to surrender their selves to the new faith for the hope they believed it held.

Perhaps the real heroes of the Seven Sons of Tiv where their parents who allowed them to join the priesthood. Especially their mothers. In a patrilineal society where so much premium was put on the continuation of the family through marriage and procreation, these parents sacrificed their children for the cause of God. If we praise them for what they have done, then, we should also not forget their parents.

Today, through their sacrificial example, perhaps , maybe just apart from the Igbo tribe , no other tribe can compare to the  number of Tiv Catholic priests working through out the world. The Catholic church in Tivland which in 1930s/1940s  was only visible in areas like Taraku, Markudi , Udei and Gboko, has taken over the land with three Dioceses in Makurdi, Gboko and Katsina-Ala and uncountable parishes and missions .

They also played roles in health with the establishment of hospitals, education, by opening schools and governance, with one of the seven , Fr Moses Adasu being elected as the second executive governor of Benue state. He is today adjudged as one of the best governors of the state.

Now that time has passed , most of them have died and only Beba is alive we pray that God continue to age him gracefully; we also pray for the souls of the dead to rest in peace , we pray that the seeds they scattered in Tivland continue to grow and produce good fruits, and in the end we hope that if not all of them , but some day one of them might be canonized by the church as it was done to the young martyrs of Uganda a century after their deaths.

Content created and supplied by: CTnews (via Opera News )