Muslims, Check Out Some Facts About The Floating Rock In Jerusalem You Probably Don't Know

By Adeedu (self media writer) | 9 days ago

The photos of floating rocks are among the most extensively shared images on the Internet, especially among Muslims. The term "flying rock," "floating rock," or "stone" is used to describe a rock that is supposed to have been discovered in Jerusalem. Many people believe that this is an Islamic miracle or that he is Allah's prophet. Several photographs of the rock with numerous legends related with it can be found on the internet. 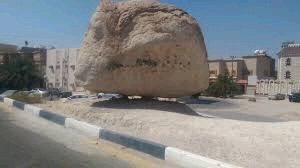 But what are the contents of these images and stories? Let us see what we can learn. Let's have a look at what we can find out.

The original claimed floating rock may be seen from a variety of perspectives using the photo search engine. Many individuals do not believe that photographs of the claimed flying rock have been merely edited or doctored, as these images illustrate.

The rock, which is particularly unusual, is supported by three underlying rock structures. The rocks farther up are smaller than the gigantic rock. The rocks are a continuous component of the previously described rock, tying it to the earth. 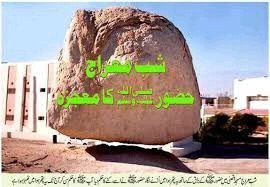 It's easier to work with the rock that photographers float in Photoshop with this option. Taking a photograph from the correct vantage position can result in an image in which the smaller rock beneath the larger rock can be deleted without impacting the rest of the image. The ostensibly flying rock, which Muslims believe as Allah's miracle or Islam, is the consequence of little tampering.

Let's take a closer look at this well-known floating rock and learn the shocking truth about it:

The first was that if the rock floats and lands near one of the villages in the open air, it could have captured and published photos and stories, similar to how the rock is seen on the road, with electric power cables, cars, and houses, as it is believed and captured in blogs, people, TV channels, and other forms of media. By now, the photographs and stories would almost definitely have been blogged.

Second, all we can find on the Internet and other blog sites is a foggy image of many different authors with opposing opinions ranging from the rock being captured by the Israeli military in order to hide Allah's miracle from the rock in Saudi Arabia to a variety of other claims.

Third, no legitimate reference to the rock myth can be found in any Muslim source, including the words of the prophet or hadiths. Legends attributed to Allah's miracle and, as a result, Islam should be treated with caution.

It is possible to be a Muslim believer who does not believe such lies.

Say These Prayers Against Death As You Go To Bed Tonight