5 Things You Never Knew About Satan Satan as been around as far as the beginning of time itself. He has made quite a name for himself when it comes on to being blamed for the evil that mankind does. He has even been has brazen as to temp Jesus offering the world which rightfully belongs to the kingdom of God anyway. He is blamed for inciting lust and greed and wants to see the entire destruction of mankind. Who exactly is Satan and why did he end up so bitter and angry? What benefit would the devil really gain in seeing the earth destroyed when so many planets still exist? And if he even succeeds in destroying the earth or taking over the earth, wouldn't God have the power of sound to speak another earth into being? Is the Devil or Satan just a fictional character created by man to elude us in thinking that all evil things done on this earth must be influenced by Satan, intern giving many men a free pass for their atrocities? The devil gets whacked and kicked so much for many things we have never seen him do. A man walks into a convenient store and murders the clerk and then begins to drink is blood, I am sure many would say he is possessed by the devil. But the fact is that he was high as a plane on drugs causing hallucination or probably was being controlled telepathically by the government. But hey, let's throw that wrap on the red horned guy, after all, he is the devil right? There are many interesting and irregular things i am sure you did not know about Satan and I am here to share them with you. Many may ask how is it that I would know any secret about the devil himself. I will leave just a number with you. 616 1. How He Got To Having So Many Names

Religious Syncretism is when different religions come together and fuse the diverse religious beliefs and practices. When several religions groups came together, they looked at each others doctrines and found that they were many in commonalities. However, they all had given what we call Satan many different names based upon that religious history or origin. When they read the doctrine they realized that the groups had all given a name to represent evil of their own. Even though some of those names were common to most people. They kept using these different names to represent the evil being that fought against God. Some names used to represent Lucifer: Who exactly gave the devil this consistent pointy chin, horned head, fiery redskin, standing on hooves with long red pointy tail and a pitchfork look? Almost everywhere you go this is the picture that has been given to the world on how the devil should be perceived. It is not much different than how they gave us Jesus to look for many years, the model on the the calendar. But this is not about Jesus this is about the Devil. Nowhere in the bible has Lucifer been described as a red skin pitchfork carrying monstrous looking being. In fact that pitchfork Lucifer was given by us to carry is actually a trident probably given to enhance his wicked look. Tridents were more popular in Greek mythology as several of their gods carried tridents such as Poseidon and his son Triton. That piece of pitch seems to be all over the place. As a matter of fact, the pitched fork image portrayed by many artist never came around until the year of paganism which is the 19th century. Artist who wanted to portray evil tried simply to paint what is supposed to be really scary. Truth, God classified Lucifer as an angel of light and one of the most beautiful angels. He was deeply adored by God himself until he wanted to be God himself. So the fact is that the concept of the devil being Ugly and Scary is a deep misinterpretation and he maybe far more beautiful than any male or female on this entire planet. 3. He Does Buy Souls

How does one actually sell their soul to the devil? Do you shout devil soul for sale? Or you put out an ad in the classified or on eBay for sale of soul? The Selling of your soul to the devil actually stem from German Legend or Folklore. The story was that Faust who is the protagonist of a classic German legend, was a greedy scholar who was highly successful yet dissatisfied with his life, so he makes a pact with the Devil, exchanging his soul for unlimited knowledge and worldly pleasures. Faust lead to the term Faustian, implying a situation in which an ambitious person surrenders moral integrity in order to achieve power and success for a delimited time. Of course, the devil is a tempter and a deceiver and wants your soul, but in return for the temporary riches, an eternity of agonizing pain. 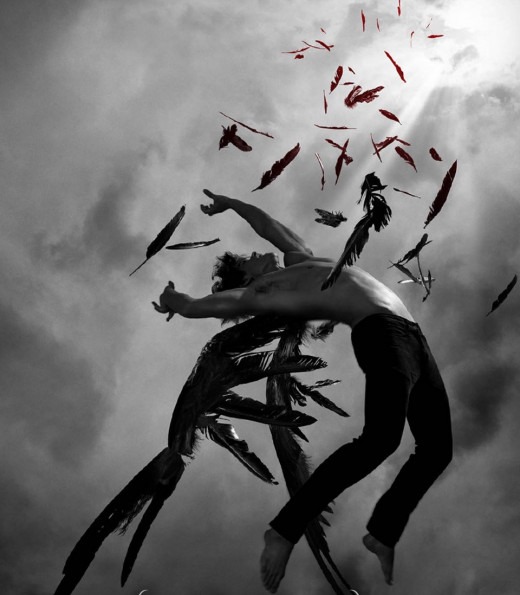 4. Satan is an Angel

Sorry to disappoint the pitchfork devil looking lovers. Lucifer was actually a high ranking angel in heaven who even had his own angels. In Isaiah 14:12 KJV: It reads; How art thou fallen from heaven, O Lucifer, son of the morning! how art thou cut down to the ground, which didst weaken the nations. In Job 1:6 we learn that Satan was in heaven with other angels.as the biblical scripture read; "One day the angels came to present themselves before the Lord and Satan also came with them. Satan had resided in the house of the Lord and was even considered to be the morning star. His heart however grew with envy and jealousy and wanted to ascend to the thrown of God and then was actually booted by the big man himself out of heaven along with his followers of angels. Have you ever heard the term "fallen angel"? Well that is not some Angel walking and tripping on a banana peel. Those were the angels evicted. 5. The Upside Down Cross Is Not Satan's Symbol

It is said that the Lord God's son, Jesus was crucified on a cross. The cross from that point has since become a symbol of sacrifice and love for all Christians across the globe. It is a reminder of the love and sacrifice that their king Jesus made for the world in which we live in today. Then we have the upside down cross that many believe is tied into something Satanic as what many movies such as the omen would like us to believe. This is frankly not so, in fact, the upside down cross is totally christian and nothing to do with Lucifer. The story of the upside down cross is a remarkable on, writers such as Eusbius and St. Ignatius of Antioch made reference to part of the life of St. Peter regarding the cross. St Peter was crucified in Rome by order of Emperor Nero (Not to stray from the topic but if any one of you have ever used a DVD burning software called Nero Burning ROM, this is actually where it got its name from) Emperor Nero was against the religion of Christianity. He burned many buildings and destroyed bibles and books of Christianity. He had sanctioned that St Peter be crucified. St Peter however not wanting to dishonor the great sacrifice that Jesus had made, requested to be crucified upside down as a means to show humility worn by those who, in the same spirit of Peter, wish to pay respect to the sacrifice made by Christ

History is plentiful with many books depicting a vast amount of information. Some true but some changed to suite some race or cause of men. But the truth can never be totally suppressed as just like when volcano is ready to truly expose it's power, so will the truth rise and burn away the doctrine of lies. Lucifer, Jesus, Adam and Eve. We have never been given the real story of life and is fed part information or doctored data. But one day the truth will all set us free.

Do You Believe that the devil can be saved?