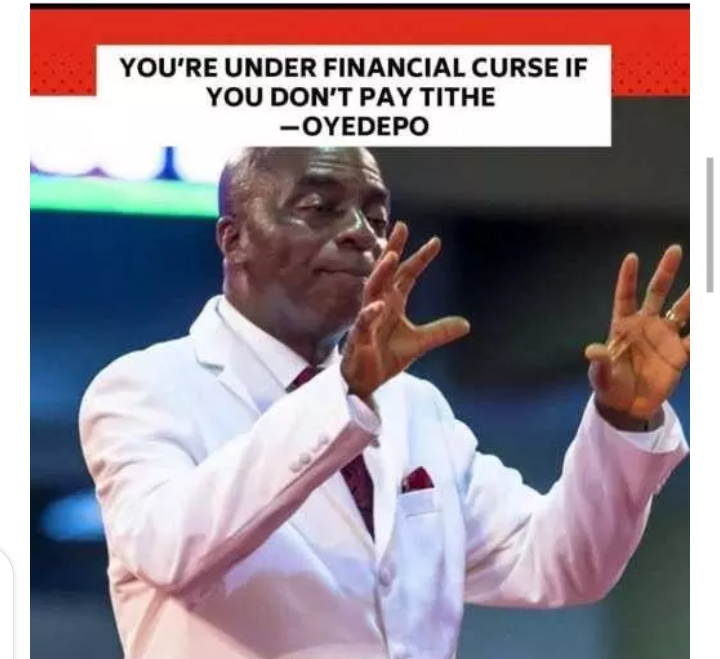 Bishop oyedepo in a tweet yesterday, admonished christians to pay their tithes, he said that any christian that does not pay tithe is operating under financial course. Bishop David Oyedepo, General Overseer of Living Faith Church World Wide has sparked so much controversy online due to his recent teaching on tithe. Many are taking turns to condemn Bishop Oyedepo's teachings even without the knowledge of the scripture.

Nevertheless, there's been controversy on paying of tithes. Notable personalities has come out to air their opinion on the payment of tithes, including the City FM OAP, Daddy Freeze. However, I'm more concerned on the statement given by the Men of God because they are believed to have been studying the scripture unlike ignorant men. Bishop Oyedepo might not be wrong to have said that. Here's a scripture that talks on Tithing: 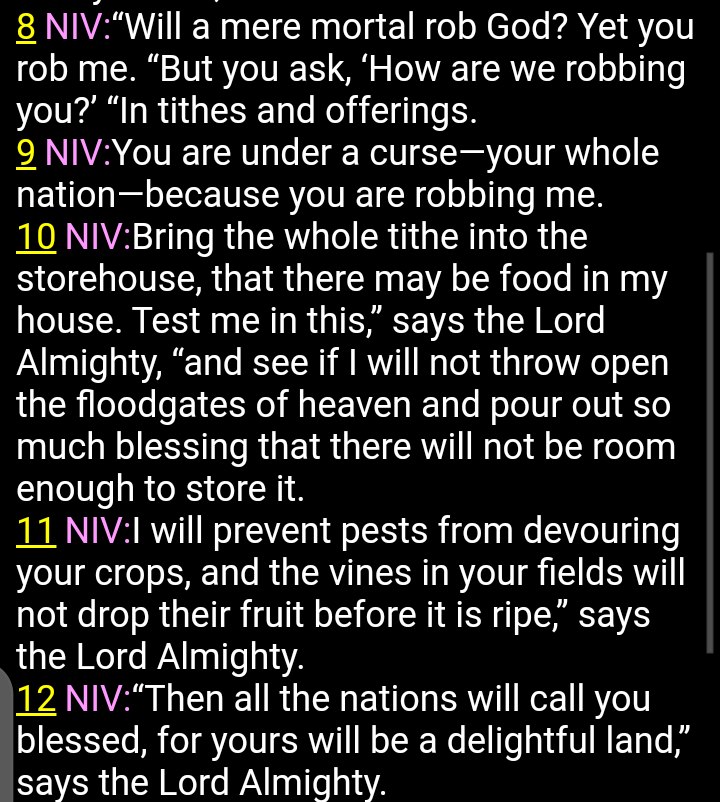 NIV: “Will a mere mortal rob God? Yet you rob me. “But you ask, ‘How are we robbing you?’ “In tithes and offerings.

NIV:Bring the whole tithe into the storehouse, that there may be food in my house. Test me in this,” says the Lord Almighty, “and see if I will not throw open the floodgates of heaven and pour out so much blessing that there will not be room enough to store it.

NIV:I will prevent pests from devouring your crops, and the vines in your fields will not drop their fruit before it is ripe,” says the Lord Almighty.

NIV:“Then all the nations will call you blessed, for yours will be a delightful land,” says the Lord Almighty.

Some are saying God is not angry with anybody that doesn’t pay tithe, that the person is also not under any form of curse. They claim paying of tithe is in the old testament and Jesus have come to suspend the law. I'll also show you a scripture in the new testament where Jesus himself preached about tithe.

NIV:“Woe to you, teachers of the law and Pharisees, you hypocrites! You give a tenth of your spices—mint, dill and cumin. But you have neglected the more important matters of the law—justice, mercy and faithfulness. You should have practiced the latter, without neglecting the former.

Many often misinterpret this verse because Jesus accused them of paying tithe and not exhibiting mercy, justice as well as faithfulness. He didn't tell them that paying of tithe is sin, he only charge them to do the latter ( show mercy, justice and faithfulness). He later told them not to neglect the former (tenth payment)

In conclusion, Jesus said in that verse that Christains should practice faithfulness and not neglect Tithing as well. Now the truth is Bishop Oyedepo have a biblical backing to justify his teaching. But which is more correct?