THE GALLANT WARRIOR OF JESUS CHRIST.

Some years ago, I was invited to preach at the funeral of an elderly woman who spent about seventy-five out of about eighty-five years of her life serving the devil as a powerful idol priestess. Her last child who invited me to the funeral is a diehard Evangelist. He ensured that she was converted into Christianity when she became sick. To ensure that she did not backslide, he took her to live with him. I have met the elderly woman on several occasions and she had even featured as an extra in one of our evangelical movies before she died. Although the deceased was a stark illiterate, her son fed her so much with the word of God that she grew into an Evangelist. She tried to make up for all the years she had spent serving the devil by praying for souls to be converted, going from one place to another in her old age, preaching the gospel of Jesus Christ in her own little way. On several occasions, she had been called names, molested and insulted but she was not deterred. With God backing her up with signs and wonders, she was able to make tremendous impacts in many lives. 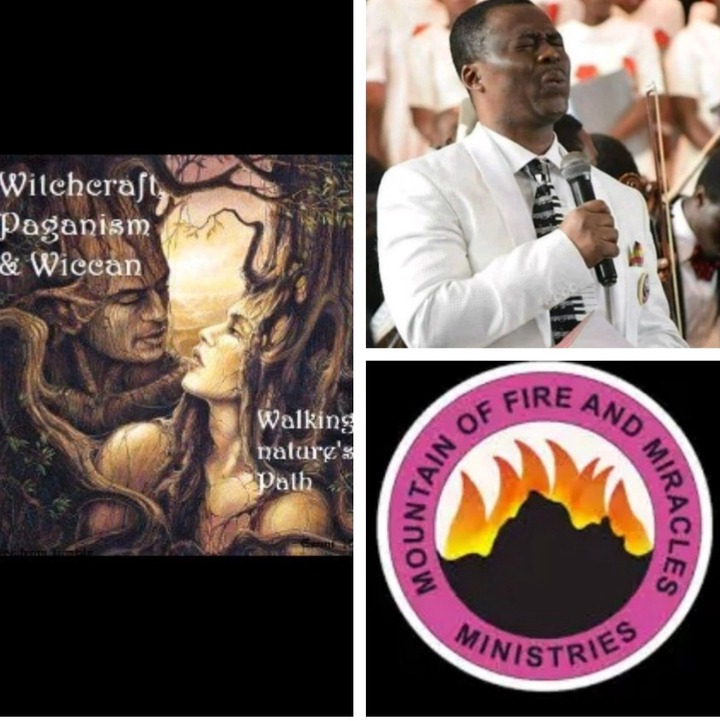 When it was time for this elderly woman to go to the Lord, according to the testimony of the Evangelist during the Wake-Keep, she told him to make her a special meal. His wife prepared the food. She ate it that night and blessed the family. The following day, she was found on her knees; appearing as if she was praying as she normally did. No one knew she has gone home to be with the Lord until it was time for breakfast. She left this world as a gallant warrior of Jesus Christ who fought the devil she once served. With prayers and persistent evangelism, she terrorized the enemy that terrorizes the people, according to Revelation 12:12. She consciously or unconsciously followed the Bible passage 1 Thessalonians 5:17 that instructs all Christians to “pray without ceasing”. She also followed the commandment of the Lord Jesus who said to all Christians in Mark 16: 15, “Go into the world and preach the gospel to every creature.” In verse 17, the Lord added, “and these signs will follow those who believe: In My name they will cast out demons; they will speak with new tongues….”

Penn Jillete, an American atheist, illusionist and comedian said, “I don't respect people who don't proselytize (in Christian term: evangelize) … If you believe that there's a heaven and hell and people could be going to hell and not getting eternal life or whatever, and you think that it's not really worth telling them this because it would make it socially awkward ... How much do you have to hate somebody to believe that everlasting life is possible and not tell that?”

To illustrate the point Penn is trying to make, let us imagine a blind person who is walking across the highway with cars speeding ahead of him while you stand by the road, watching him. Even though you have the chance to save the person, if you do nothing to get him out of the road, it is plain wickedness. If you watch the car crushing him, you are responsible for his death. What Penn is saying in essence is that if you believe heaven and hell exist and you don’t try to warn people about the places in any way you can, you either do not believe there is hell or you are just being hateful or wicked.

The followings are the important things to note in the life of Christian and a gallant warrior of Jesus Christ:

1. If you are not born-again as in what Jesus said in John 3:3, you will die again in the lake that burns with fire and brimstone, according to Revelation 21: 8.

2. If your life even as a Christian does not count for the Lord by abiding in Jesus and bearing fruits including reaching out to souls, it may end up in the same lake of fire, going by what Jesus said in John 15:1-6.

3. As the elderly woman made best use of the little she has as her spiritual gift, given to her by Jesus Christ as in Matthew 25: 14-23, she traded for souls within the few years she had left. Every Christian is endowed with at least a gift or ability which must be used to trade for souls.

Now the question to you and me as Christians is this: How are we using the gifts and grace of God in our lives? While many use their gifts and natural talents for commercial purposes at the expense of salvation of others, some use theirs to boast their egos or build cathedrals instead of building souls.

I pray that everybody reading this message will not perish in Jesus name.