Prophet Ian Genesis has come out to make it known that he will never reverse the curse he has placed on one Mr. Simon unless he comes back asking for forgiveness. Prophet Ian Genesis is a Great Prophet whom the Lord has been using to Liberate the people of Zambia. 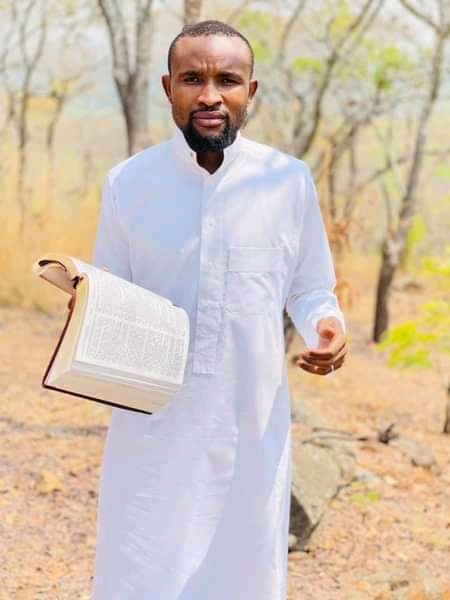 One of the problems he does have with some media agents is the manner in which they attach his name to false scandals on social media. Some would come up to write stuff about him which are meant to dent his image as a man of God. The man of God is not happy with it and has been warning them severally to avoid him.

Recall that some days ago, the man of God took to his Facebook page to tell his followers how Mr. Simon has been banned on Facebook and arrested as well. He made it known In that post that if not until he apologize, the complications would continue. 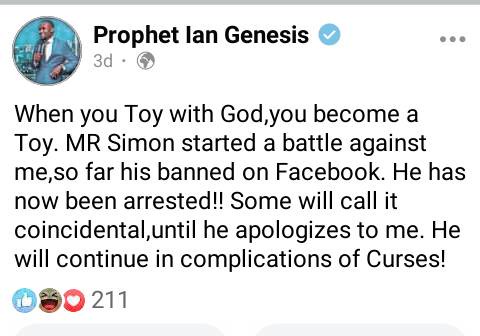 Some started telling him to reverse the curses he has placed on him. He further replied to them in a post a moment ago that his forgiveness is dependent on his ability to identify his wrongs and ask for forgiveness. Read his post below: 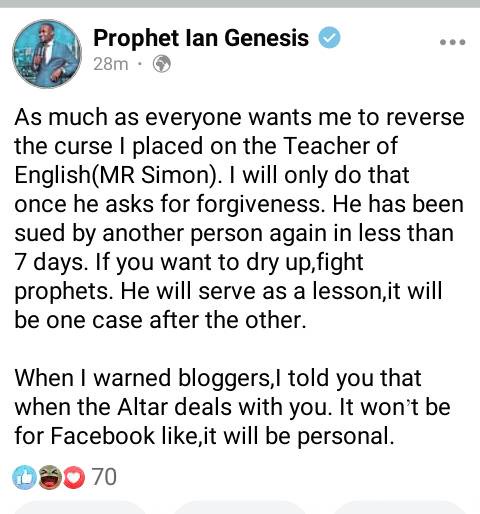 I keep telling people, daring a man of God is like daring God himself. Even if he didn't place any curse on you, do you think God won't fight for him? There is no gain in challenging a man of God who is spiritual. I just hope Mr. Simon would apologize once and for all.

What do you think? Even God only forgives us when we realize we have sinned and decided to turn away from It through confession. Should he reverse it without apology? Please share.