By aremzy (self media writer) | 1 year ago

I forward glories and thanks to Almighty Allah the God of the world, and the creator of mankind. And more so,I seek his unending mercies and blessings upon the soul of the noble prophet, Muhammad (saw)

Today, i shall bring to you highly recommended supplications that are to be recited after every obligatory salat and their benefits.

Below are some benefits of reciting Azkars. This should be implemented at all time to purify the Qalb (Heart). 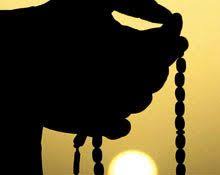 Translation: I ask Allah to forgive me

Ibn Abbas(R.A) narrated:The Messenger of Allah (Saw) said:"If anyone constantly seeks pardon from Allah, Allah will appoint for him a way out of every distress and a relief from every anxiety, and will provide sustenance for him from where he expects not." Translation: O Allah! You are peace and from You comes peace. Blessed are You, O! owner of Majesty and Honour.

On the authority of Aisha(R.A) it is reported:Whenever the Messenger of Allah (saw)made the Taslim, he would recite this Dua. BENEFIT: On the authority of Abdullah bin Az-Zubair r.a, the Prophet (saw) used to say this Dua at the end of the prayer, after making the Taslim. O Allah Assist me in remembering you, in thanking you, and worshipping you in the best of manners.

One day the Prophet (saw) took Mu'adh Ibn Jabal (R.A) by the hand and said:"O Mu'adh, by Allah I love you, and I advise you, O Mu'adh, never forget to recite this Dua after every Fard prayer. Praises are due to Allah.

Allah is the greatest.

None has the right to be worshipped except Allah, alone, without partner, to Him belongs all sovereignty and praise, and He is over all things omnipotent.

Narrated by Abu Hurairah The Prophet (saw)said:“Whoever follows this Tasweeh, will have his sins forgiven, even if they were like the foam on the sea.” O Allah! We ask You to be pleased with us, reward us with the Paradise and we seek Your refuge from Your anger and the punishment of the Fire. O Allah, let Your Blessings come upon Muhammad and the family of Muhammad, as you have blessed Ibrahim and his family. Truly, You are Praiseworthy and Glorious.

Allah, bless Muhammad and the family of Muhammad, as you have blessed Ibrahim and his family. Truly, You are Praiseworthy and Glorious.

"The blessings be said in the manner, that is of Durood-e-Ibrahimi".

Abu Hurairah(R.A)reported the Messenger (saw)saying:"He who invokes one blessing upon me, Allah will shower ten blessings upon him".

Ibn Mas'ood( R.A) reported:The Messenger of Allah (saw) said:"The nearest one tome on the Day of Resurrection will be the one who invoked the most blessings upon me. Content created and supplied by: aremzy (via Opera News )