By Temperance (self media writer) | 1 year ago

Some people are naturally empowered by God. Samson was so fortunate to be among those who god has personally chosen to exhibit His great power, and divine use, to save His people, Israel. But, among the prophet's that God has so much used valiantly in the Bible, Samson was the only one, who was so unconsciously oriented in his dealing with God.

In the accounts of Samson in the Bible, he was so deviant and dogged in whatever he has set his heart to accomplish. Samson does not listen to anyone, neither does he have any prophet, that he is directly subject to. His only advisors are his parents, and there is never anywhere written that he listened and heeded their advice.

Surprisingly, he has fallen in love with one of the daughters of his enemies. The Philistines then were thorns on the sides of the Israelites. God has intentionally raised someone like Samson, to deal a terrible blow on the enemies of his people, Israel. God knew of the atrocities of Samson, his whoredom and immorality. But, Romans 8:28 says, all things work for good, for those who love God(in the case of the Israelites) and for those called according to His purpose... 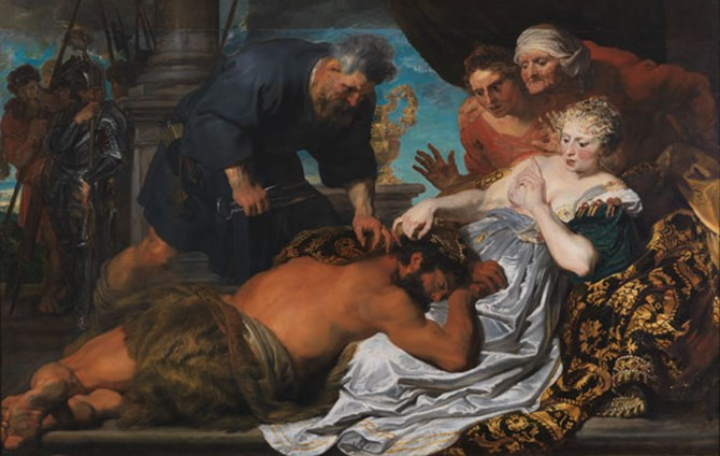 (The locks on the head of Samson, which is his source of power was shaven off, while he slept, soundly, sedated in the laps of Delilah)

A man's behaviour has everything to do with his downfall, so also, the kind of person Samson appeared to be. He is naturally a lust. He loves women and he is unrepentant about that. He couldn't marry the sister of Delilah and still chose to go for Delilah herself. We could say maybe God is trying to save him in the murderous venture he was trying to dabble into by shielding him from marrying from the Philippines when Delilah's sister fell through, he chose the luscious lap of Delilah to lay his head.

1. The charms of Delilah: 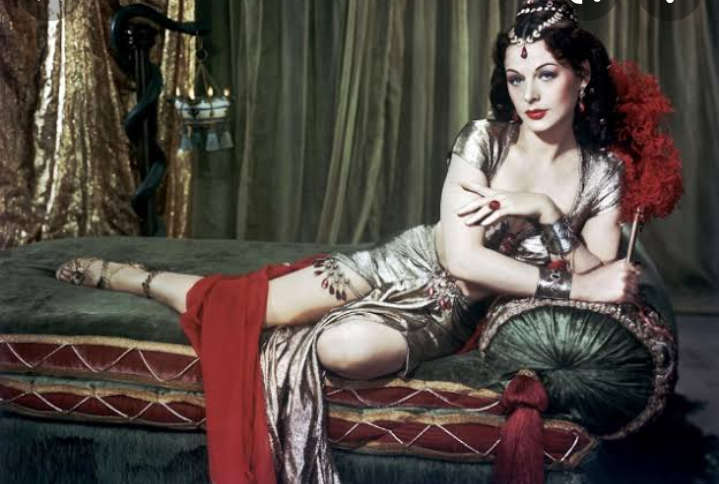 (An illustrative picture of Delilah, seductive ways that entrapped 'luscious' Samson in her deadly charms)

Delilah did not love Samson. She sees him as the enemy of her people, hence, she has always hated him and plans ways to even exterminate him, permanently before the contract of his arrest came to her.

Delilah is a good cook who knew the variety of delicious recipes that Samson loves so much. Through this, she has always enticed and entrapped him, in his house. Samson is a regular visitor to the house of Delilah, so it is very easy to devise any means to get him.

. She has charmed him in her luscious beauty and make-up:

Delilah has since increased her level of make-up, in ways that she knew Samson loves so much. Samson has lustfully fallen for Delilah, and he is ready to lose anything, even his anointing and strength to continue to sleep in her laps.

. She knew how to cuddle and lusciously sedate him, through her softness:

This Samson has fallen for, headlong. Samson has been long dead and lost in Delilah's pit of seduction. The haircutting time was just a physical completion of his grace to grass accomplishment.

Then went Samson to Gaza, and saw there a harlot, and went in unto her.

As could be deduced from the above Bible passage from Judges, Samson's weakness is women. Not just women, but those of strangers, that he knew does not believe In the moral laws of Israel, towards God. Throughout the Bible, you would never read where it is written that Samson reared up an altar to pray to God. He is a wayward and carefree individual who does not reverence anyone, but, sometimes, he does call on God.

Samson understood that he has power but, does not cherish his worth and the possible consequences of the power he carries if he loses it:

Samson has been told, right by his parents that, never must he shave the lock on his head. This he also knew as the source of his power. Delilah has entrapped Samson into the out of destruction. This she knew that Samson can never escape from her trap. Delilah did not pretend, not hide from the fact that she wanted to destroy Samson.

This she has confessed frankly to him that, she wanted to capture him by knowing how to get into his power. Samson knew all this and still goes ahead to reveal to her the real secret of his ability and power, as could be seen in Judges 16:4-6;

Judges 16:4 And it came to pass afterwards, that he loved a woman in the valley of Sorek, whose name was Delilah.

Judges 16:5 And the lords of the Philistines came up unto her, and said unto her, Entice him, and see wherein his great strength lieth, and by what means we may prevail against him, that we may bind him to afflict him: and we will give thee every one of us eleven hundred pieces of silver.

Judges 16:6 And Delilah said to Samson, Tell me, I pray thee, wherein thy great strength lieth, and wherewith thou might be bound to afflict thee. 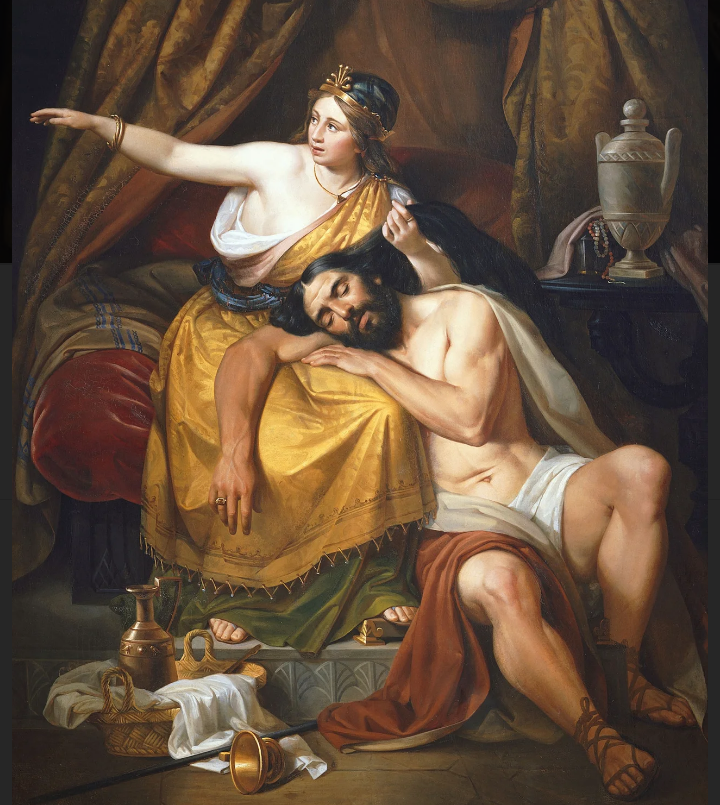 (She successfully, sedated him in her laps and Samson was overpowered)

That is mysterious! She did not even hide nor pretend, she declared of her intention in killing him, and he didn't budge nor run for his dear life.

Samson was a very cheap mark for Delilah, he was in his lap, throughout the whole plan and process of his destruction.

The weaknesses of Samson gave the charm of Delilah the required potency to work and sting, deeply into Samson's quick destruction.

Content created and supplied by: Temperance (via Opera News )