The Story Of How Charles Darwin Lost His Daughter, and Why He Blamed His Marriage to His Cousin

By FirmBeliever (self meida writer) | 11 days 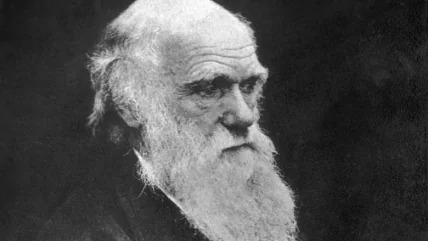 To date, the groundbreaking research that was done by Charles Darwin remains one of the very center of genetics study. He was perhaps one of the most controversial and groundbreaking scientists of his day, due to his views, and study of biology in a way that no other person has ever dared to do in the past. However controversial his studies were, it was an evolution that not only challenged existing religious dogma, it shattered the scientific foundations that governed how the thinkers of his day considered Blacks, as in slaves or by extension, Natives, and the rigid class system. He basically allowed us understand that we all are related and that class and race supremacy is fictional.

However, the Scientist had a long list of misfortune that befell him. It is quite a pity that the universe or perhaps nature does not pick and choose who to hurt, it simply hurts anyone. Darwin had a very strained relationship with his father and was therefore very involved with his children. Perhaps to make sure he never experienced the same thing he experienced with his father, with his kids. When most men of his stature often claimed busy and avoided personal relationships with their kids, Darwin was different, he stayed, and cared for them. Unfortunately, disease claimed the lives of some of his children, before modern sceinwv would effectively eradicate them. Interestingly, his biological views made it seem as though he perhaps made a mistake when he married his wife, in light of the tragic death of his kids.

In an heartbreaking story, one lf realization and pain, the death of Annie Darwin, Charles Darwin's oldest daughter was one that changed him forever..

ANNIE DARWIN DIED AT THE AGE OF 10, POSSIBLY OF TUBERCULOSIS 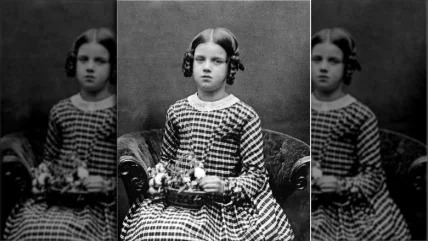 Born on the 2nd day of March, 1841, the second child of Charles Darwin and his wife, Emma Wedgewood, Annie Darwin, was a beautiful girl who Darwin loved very much. However, the mistake began with the fact that Darwin's wife, was also his first cousin. As noted in Janet Brownevs book, "Charles Darwin: Voyaging," at the age of 8, the young lass and her two sisters contracted scarlet fever, and her health declined.

As a scientists and a well informed man, Darwin and his wife tried everything they could, they fought hard to keep their sickly and dying daughter by taking her to the English spa town of Great Malvern, England. According to JSTOR the young girl was subjected to water treatment whilst there. This treatment consisted of heating her body to the point of perspiration under hot lamps, then soaking her in icy water and rubbing her vigorously with cold towels.

Unfortunately, all was to no avail, it simply didn't work, and Annie eventually succumb to her illness on April 23 1851, just a few weeks past her 10th birthday, possibly from tuberculosis. The pain was grave on his household, so much that he (Charles Darwin) wrote in his memoir: "We have lost the joy of the household, and the solace of our old age ... she must have known how we loved her; oh that she could now know how deeply, how tenderly we do still & shall ever love her dear joyous face."

ANNIE'S DEATH CAUSED HER FATHER TO QUESTION HIS MARRIAGE The death of Annie was a huge blow on Darwin, it affected him so much that he lost his youngest daughter, something that was quite uncharacteristic for men of his time. However, he was a different kind of father, he was caring, attentive, and he shared such great bond with his daughter Annie. Her death quickly became a reason for him to begin to question his marriage.

In an exanation given by Ohio State News, Darwin had in his several years of study, come to the realization of how important cross-breedung is. This is to say that he understood the value of producing offspring by pairs of parents who aren't closely related genetically. This process ensured that children born of the biodiversity have an edge over diseases that can be transmitted through inbreeding.

Sadly, Darwin didn't cross-breed, at least not exactly. He married his third cousin and produced children with her. Reports have it that he frequently worried that he had doomed his children to sickness and death.

Tim Berra, a researcher said, "He fretted that the ill health of his children might be due to the nature of the marriage, and he came to that because of his work on plants. He realized that with breeding of any kind, it's better to cross-breed than to put close relatives together."

Do You Know That The Sound Of Cash Being Dispensed At The ATM Is Fake?

Start The New Week With 37 Hilarious Photos And Memes, Check Them Out