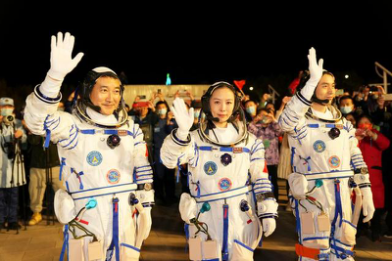 At 9:58 a.m. on Oct. 16 (Beijing Time), three Chinese astronauts aboard the country’s Shenzhou-13 manned spacecraft, including a female Wang Yaping, entered the Tianhe core module of China’s Tiangong space station, which marked that the space station received the second crew and the first female astronaut.

Wang attended China’s Shenzhou-10 mission in 2013, during which she gave a 40-minute lesson from space to demonstrate many physical experiments in zero gravity with the help of two other crew members of the mission. She has received many letters from children since and is widely known as a “space teacher”.

Wang, once a transport aircraft pilot, started to dream of becoming an astronaut when she watched on TV Chinese taikonaut Yang Liwei fly to space in 2003, when she was 23 years old.

After she returned to the Earth from the Shenzhou-10 mission, a child asked whether she dreamt when she was in space. Wang said, “no matter I dreamt or not, I was already in my dream when I was in space.” 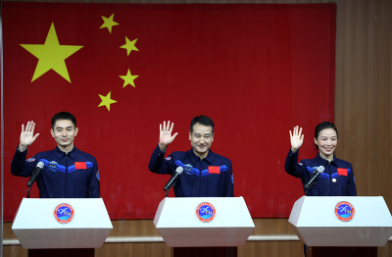 For Wang, the Shenzhou-10 mission was her first step toward the dream of flying to space. This time, she has made a trip to space again for the construction of China’s space station. During the training for the mission, Wang showed her strong will and unyielding spirit again.

Wang didn’t quite understand how difficult it is for female astronauts to work in EVA suit at the beginning. The EVA suit tests were beyond her imagination. After working for five to six hours in a spacesuit that weighed 200 kg, her hands trembled so bad that she couldn’t even hold a pen. 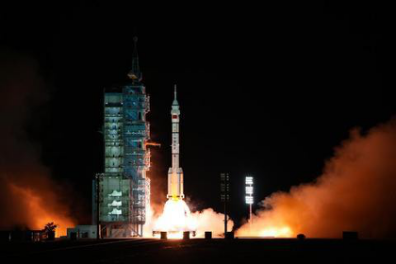 To better prepare herself for EVAs, Wang has intensified her training and even sacrificed many weekends and holidays.

According to Wang’s physical training instructor, the astronaut would always stay late for training tasks and take a lot of exercise involving the shot, push-ups and barbells to enhance her arm strength for EVAs.

Wang felt a sense of achievement every time she finished underwater training tasks for EVAs, said the instructor, who disclosed that sometimes Wang would compare her muscle strength with that of other astronauts.

The post-80s female astronaut is not only meticulous in work, but has developed wide interests. Photography, music, sports and traveling are all her hobbies. 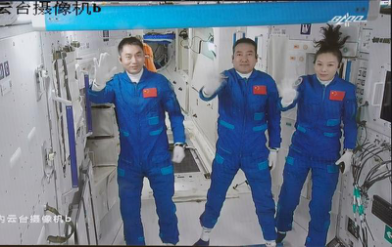 She is particularly fond of sports that require team work, such as basketball, badminton doubles and relay race. She can gain a sense of happiness by cooperating with team members in these sports, Wang said.

Wang expressed confidence in her space station construction tasks before the Shenzhou-13 crewed space mission. People say that flying is an uncertain art; but for astronauts, it is their performance in space that defines their flight missions, she said.

She looked forward to viewing the Earth from space once again, spending a unique Chinese New Year’s Eve during a six-month stay in the Tiangong space station, as well as conducting EVAs and exploring the unknown, according to the female astronaut.