By People'sDaily (self media writer) | 7 months ago 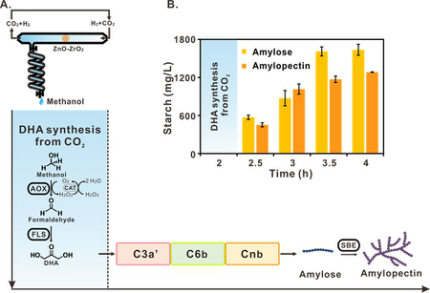 A diagram of a pathway to artificial synthesis of starch from carbon dioxide. (Photo/Courtesy of Tianjin Institute of Industrial Biotechnology, Chinese Academy of Sciences)

Have you ever imagined that one day people don’t need to grow grain in soil, but can manufacture it in a workshop? Today, the seemingly impossible imagination is becoming possible.

Scientists at the Tianjin Institute of Industrial Biotechnology (TIIB), Chinese Academy of Sciences, recently realized artificial synthesis of starch from carbon dioxide (CO2) in a lab for the first time in the world, a major breakthrough in synthesizing starch. The research result was published online on international academic journal Science on Sept. 24.

“The breakthrough means we will be able to use CO2 as the raw material and produce the starch we need in a manufacturing shop through a process similar to brewing beer,” said Ma Yanhe, director general of the TIIB.

As the principal component of grain and an important industrial raw material, starch is currently produced mainly by crops, which turn sunlight, CO2 and water into starch through photosynthesis. Researchers have been trying to improve the life process of photosynthesis for long, hoping to increase the utilization efficiency of CO2 and light energy and eventually make starch production more efficient. 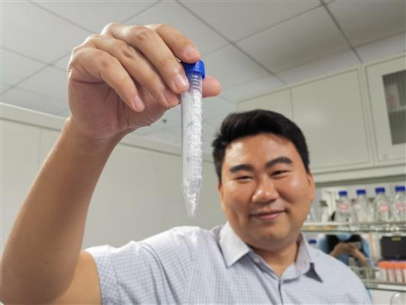 Researchers at the TIIB have pioneered a pathway to artificial synthesis of starch from CO2 and hydrogen produced through electrolysis of water. Consisting of 11 core biochemical reactions, the pathway is about 8.5 times faster than corn in producing starch.

From the perspective of energy conversion, photosynthesis is the process in which green plants turn the energy obtained from sunlight into chemical energy stored in starch. Therefore, how to efficiently turn light energy into chemical energy and store it became the key to the success in artificial synthesis of starch.

The research team of the TIIB dug into and modified 62 enzymes from 31 different species, and selected the 10 most suitable ones to turn methanol into starch. The pathway can synthesize not only digestible amylopectin, but also amylase, which is digested more slowly and doesn’t result in a rapid increase in blood glucose.

“After analyses and identification, the sample of the synthetic starch is the same as natural starch in terms of composition and physical and chemical properties,” said Cai Tao, an associate research fellow at the TIIB. 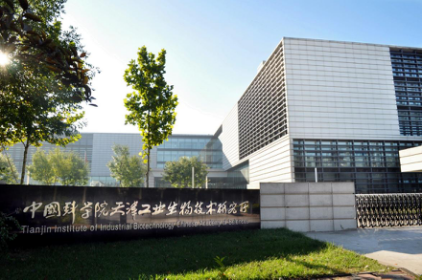 Based on the current technical parameters, the annual starch production of a bioreactor with the size of one cubic meter under sufficient energy supply is theoretically as much as that of about 0.3 hectares of cornfields in China, according to the research team.

The research result makes possible the transformation of starch production from the traditional agricultural mode to an industrial one, and offers a new technical route to synthesizing complex molecules with CO2 as a raw material, Ma said.

Experts estimated that if its cost can be reduced to a level that is comparable to the economic viability of starch production through agricultural means, the starch synthesis method will be likely to save more than 90 percent of farmland and fresh water resources, prevent the negative impacts of pesticides and chemical fertilizers on the environment, improve food security, and promote the development of biological economy that helps mankind achieve carbon neutrality.