The One Mistake Albert Einstein Wished He Never Made 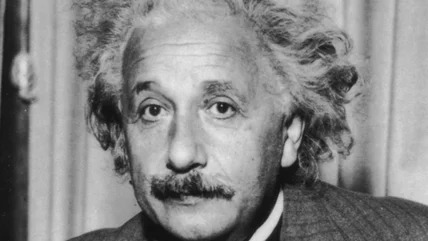 We are all prone to making some form of mistakes, whether financially vibrant or not, we seem to be quite prone to making one mistake or the other. For instance, perhaps one of the world's greatest minds, the Iconic physicist Albert Einstein who ranks as one of the greatest minds the world has ever seen, also had his own fair share of mistakes. One would think that a man that smart, so smart in fact, that his theories and ingestion didn't just change the world, they keep changing the world even decades after his death.

According to a report by Business Insider about the great physicist who some argue to be the greatest, Einstein left his home country, Germany, our fear of the Nazi Party just before the declaration of the Second World War. He moved to the United States of America, where he began his career as a great scientist. Along with his fellow brilliant scientist, Leo Szilard, he wrote a letter to President Franklin Delano Roosevelt. The U.S. Department of Energy: Office of History and Heritage Resources stated that this letter made it clear just how much danger humanity's contemporary scientific developments were putting the world in." 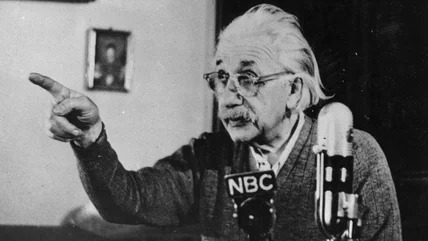 The letter reads, "In the course of the last four months, it has been made probable ... that it may become possible to set up a nuclear chain reaction in a large mass of uranium, by which vast amounts of power and large quantities of new radium-like elements would be generated," the letter states, per U.S. Department of Energy: Office of History and Heritage Resources. According to Business Insider, it was noted that scientists in Germany had succeeded in splitting the atom and unleashing the energy therein (nuclear fusion), and this discovery could pave the way for weapons the likes of which humankind had never seen before. "Extremely powerful bombs of a new type may thus be constructed," the letter warned.

It was Albert Einstein's fear, along with those who worked with him, that Nazi Germany had such terrible plans for these weapons which it had so comfortably created. He along with his friends warned the US government of the dangers of not ensuring that these weapons be destroyed, or at the least, countered. So in response to his pleas and warnings, the then US president decided that it would be of horrible consequences if the US is left behind. So, Funding was provided for research into the program and the creation of an even more dangerous weapon than that of Nazi Germany. Eventually, in perhaps no small way, this rallying cry led to the Manhattan Project, and ultimately, the atomic bombs that devastated Hiroshima and Nagasaki to bring WWII to a final close. The Nazis themselves would never create atom bombs at all.

As History reports, "Einstein was not directly involved in the development of these deadly weapons, but like many who were, he was shocked and appalled by the use of atomic bombs. According to Haaretz, he would later tell chemist Linus Pauling, who visited his home shortly before Einstein's death in 1955, "I made one great mistake in my life — when I signed the letter to President Roosevelt recommending that atom bombs be made."