Scientists Uncover Strange Detail about where Humans really Come from

No one can really say when humanoids first split off from early primates. We do know they eventually evolved into the precursor to our Homo sapien ancestors, Homo erectus. These ancient humans roamed the Earth long before the existence of our written history.

As such, records of this distant past are few and far between. Fossils, however, have served to bridge some of these historical gaps, leaving scientists with a somewhat convincing picture of how the human race as we know it came to be.

One theory, the multi-regional hypothesis, asserts that the first humans originated in a single location and subsequently migrated across the globe. Once there, these early humans mixed with existing humanoid populations to become the modern humans of today.

Yet the most popular and widely accepted hypothesis among scientists remains the "Out of Africa" theory. The OOA model echoes the multi-regional hypothesis in the belief that humans migrated from one location (Africa), yet instead of mixing with existing populations, these humanoids replaced them entirely.

For decades, these theories were simply educated guesses based on existing physical evidence. But with the introduction of advanced DNA testing around the turn of the 21st century, scientists were able to trace their hypotheses back to a single individual.

Known as "Mitochondrial Eve," this prehistoric woman lived at a time when the human population was only about 10,000 strong. And while she wasn't the first woman on Earth — or the Eve from the Bible — her DNA is present in nearly every human today.

Pinpointing humanity's earliest common ancestor was nothing to bat an eye at, yet scientists were more concerned with what else Eve's DNA implied. Not only had we all descended from a single individual, but that individual had come from a familiar place: Africa.

Along with lending legitimacy to the OOA theory, this revelation allowed scientists to begin plotting the paths these early humans likely took out of Africa. The first migration is believed to have occurred between 60,000 and 80,000 years ago, when humans made their way across the expanses of Asia.

From there, they made their way southeast around 45,000 years ago, reaching places like Indonesia, Papua New Guinea, and even Australia. About 5,000 years later, humans began migrating north into Europe.

By about 15,000 years ago, humans who'd settled in Asia began making their way across the Pacific to North America. Those here then dispersed across the continent, with some even migrating as far as South America.

Yet while human origins in Africa have been generally accepted by the scientific community, the question remains as to where exactly on the continent we first popped up. After all, the total landmass of Africa is bigger than Canada, the U.S., and China combined.

But geneticist Vanessa Hayes was up to the challenge. Together with her team from the Garvan Institute of Medical Research, Hayes was about to do what no one had done before: discover where humans truly came from.

They began by collecting more than 1,200 DNA samples from southern Africans, including those that lived in indigenous communities. Hayes and her team were looking to isolate the L0 lineage, also known as the genetic code that carries back to Eve. 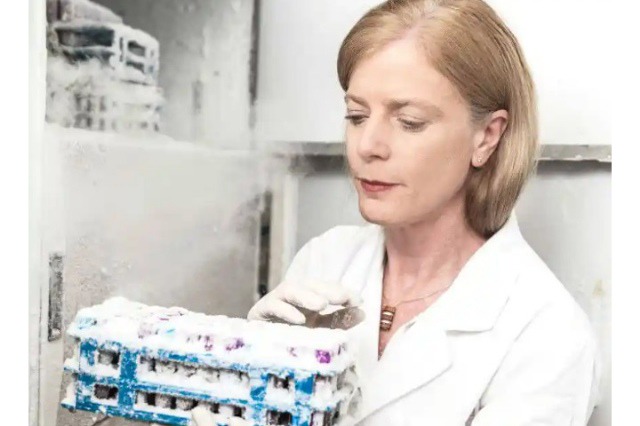 Even after taking the L0's sub-branches into account, the geneticists were able trace the lineage back to a region of southern Africa. More specifically, the DNA samples all pointed to a territory within Botswana.

Using fossil records and other prehistoric evidence, the team was able to isolate a large chunk of what is now the Kalahari Desert. Today, the area is nothing more than a stretch of sand and dust — in ancient times, it was nothing of the sort.

Instead, this area was known as Lake Makgadikgadi, an enormous body of water roughly the size of New Zealand that became a rich wetland around 200,000 years ago. And according to Hayes and her team, this was the place Homo sapiens first came to be.

For 70,000 years, this fertile region provided humankind with the perfect environment for both growth and sustainability. Yet as climate change began to take its toll, the continent began to change dramatically.

As new rains made formerly barren plains spring forth with lush plant life, new corridors for travel became available to these early humans. This led to a great global migration around 60,000 to 80,000 years ago — the rest is history.

Yet not everyone is convinced that Hayes' findings are the absolute truth, as some scientists believe that examining solely the L0 lineage leaves a narrow view of mankind's origins. In fact, another study of male-inherited Y chromosomes showed that humans first appeared in west Africa instead.

So while Hayes' conclusions offer a convincing argument for humanity's origins, her findings stand only as a piece of an ever-expanding puzzle. Yet with each additional discovery, we inch ever closer to finally unlocking the truth about our history.

Scientists also find that the more information we collect, the more we realize that we don't know. But experts are getting closer.

Opinion: A Call To End Criticism In Learning Institutions.

Are You A Matured Woman? Here Are 50 Outstanding And Sophisticated Outfits You Can Rock To Church

“Nigeria Is Sinking And Our President Is Snoring”. Checkout What Dino Malaye Said About Buhari.