6 Concepts That Have Been Disproved By Science For A Long Time, But Many People Still Believes Them

By Matthew_The_Psalmist (self media writer) | 6 months ago 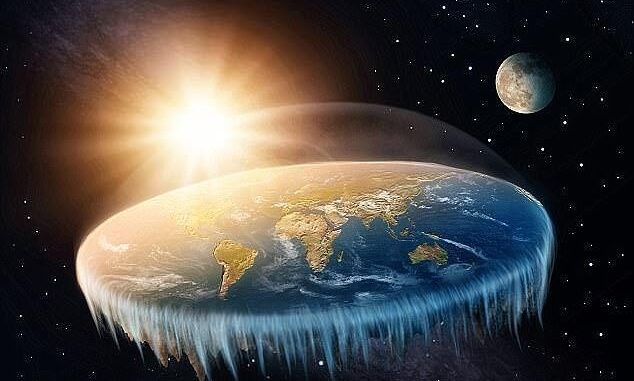 Humanity has reached the Moon, and may soon conquer Mars. Over hundreds of years of development, humans have gradually conquered many important milestones.

Going through a new decade, a new age, there are still many people who believe in truths that seemed to exist only hundreds of years ago. Even when science has proven them wrong, they still insist and make the average person feel downright ridiculous.

This is, of course, a completely wrong notion. NASA has many pictures taken from space proving that the Earth is spherical. Also, there is a simpler way to prove it: by looking at the horizon. The higher you go, the farther the horizon gets, because the ground is essentially a curve. If it’s flat, the height won’t help the horizon further.

The full moon is a mysterious force

This is a very old concept and many people still believe it today. Accordingly, the full moon is the most powerful time, making people more violent. Even the police department needs to prepare reinforcements for every full moon.

And as you probably know, this concept is completely wrong. At the moment, there isn’t any link between crime rates and full moons, although it does increase from time to time. The reason could simply be that more than half of the full moon days of the year tend to happen on weekends or holidays.

Vaccines are a scam?

According to some surveys in 2019, a percentage of 45% of US adults are believing that vaccines cause negative consequences, expressing doubts about effectiveness and safety. The same thing happens in many parts of the world, when there is a community that refuses to vaccinate their children. And now according to WHO, vaccine rejection is among the top 10 global health threats.

Australia is also a trick?

To this day, there are still people who believe that Australia (and Australia) does not exist. Accordingly, Australia is simply a small British colony, not a continent, and all images of it are staged. This hypothesis has even been published and supported by many journals.

But of course, this is a misconception. Australia does exist, satellite images from NASA prove it. Or you can spend money to buy a ticket to come here once and you will know right away.

The Dark Side of the Moon

In the past (and still is), many people believe that the Moon has only one side facing the Sun, the other side is dark, cold and dreary. The reason comes from a theory that the Moon cannot rotate on its own, but only moves around the Earth.

However, this hypothesis was proven wrong, by a study of the phases of the Moon. Accordingly, when the moon is full, all one side of the Moon will face the Earth. But when the moon is waning, it means the Sun is shining on other parts, we just can’t see it.

Climate change is not real

Climate change and global warming – two phenomena at the heart of the world in recent decades. However, a lot of people are denying it. They argue that the Earth is not warming, and that human actions have absolutely no effect at all.

In fact, there have been many studies that confirm climate change is a real problem, with the cause completely belonging to humans – the main object of responsibility for the huge amount of greenhouse gases emitted each year.

Content created and supplied by: Matthew_The_Psalmist (via Opera News )