Jaekelopterus: The Biggest Scorpion That Ever Existed

By Overflowingpen (self media writer) | 17 days ago

Jaekelopterus is a genus of eurypterid which belongs to the group of extinct aquatic anthropods. Its fossils were discovered about 488-251 million years ago; during the Early Devonian age that was around the pragian and emsian age. 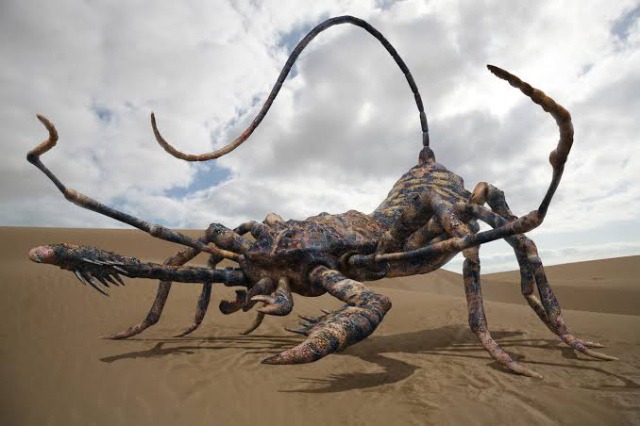 They have large, expanded telson and pincers and enlarged forelimbs; also, they possess chelicerae and compound eyes which shows that they had active and powerful high visual acuity.

Where did they live?

They were mostly marine animals that lived in rivers, lakes, brackish swamps and freshwater environments. Though some have been known to walk on land.

What did they feed on?

Jaekelopterus were predators, and as such they fed on fish, trilobites, ammonites and other smaller eurypterids.

How big were they?

Jaekelopterus, also called 'sea scorpions' was estimated to be about 2.3-2.6 metres (7.5-8.5 ft) in size, making it the biggest anthropods that ever lived.

They surpassed other large arthropods such as fellow eurypterids Acutiramus and Pterygotus and the millipede Arthropleura in size.

Why did Jaekelopterus go extinct?

Jaekelopterus were known to undergo several changes, but despite that the eurypterids as a group never existed beyond the Permian Period. This was due to the mighty Permian Extinction which also affected other marine and terrestrial animals.