By Yeshuasbreed (self media writer) | 4 days ago 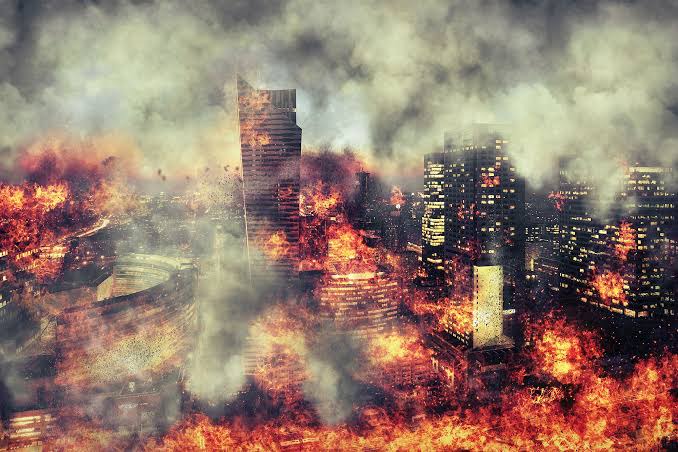 The history of the earth is littered with stories and pieces of evidence of several catastrophic events that may have been the very first few apocalyptic events that took our world by surprise. This means that before humans existed, this dear earth has been exposed to several "end of the world" types of events that destroyed everything it could find and several others that almost took the earth down. Perhaps due to the evidence of these destructions, humans find it hard to live peacefully without considering a time when the world would come to an end. There are thousands of predictions every year since the year 2000, pointing to the possibility of the world coming to an end soon.

One could recall a very popular period in human history in the 2000s, when a popular prophecy spread across the world, convincing the human population they were about to lose their home as comets may be dropping from the sky and would be destroying everything on earth. While some end of the world predictions depends solely on scientific predictions based on our continuous, and irresponsible use of earth's resources, and the possibility of meteor and space elements making their way to earth, there are those whose end time predictions depend solely on belief and religion. Some use the famous Mayan Calendar, others use Predictions in the Bible, some enjoy writings by some interesting figures in history. But recently, a popular prediction is that by 2100 the world might not exist. 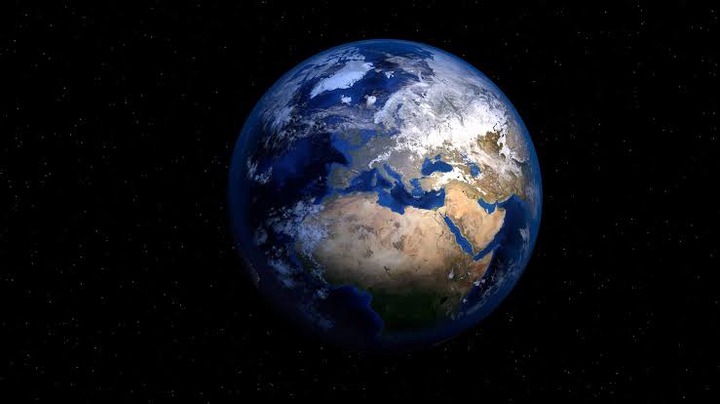 As earlier stated, the year 2100, wouldn't be the first time the earth is being threatened by the possibility of a mass extinction level catastrophe. Several events in history have been associated with earth's biggest and perhaps largest apocalyptic event. We could trace some to at least 500 million years ago, others could be traced to about 250 million years ago. From the mass extinction of the Dinosaurs, caused by the falling of comets, rapidly on earth's surface, to the popular boiling of the ocean, when the waters couldn't support life, there have been times when our world has been threatened with extinction.

The interesting thing about this new prediction about the year 2100, is that it isn't some Religious prophecy from a pastor, imam, or Worshipper of some deities, rather it is from scientists who believe that the world will likely end by 2100, and they are not joking around judging from their publications on the subject. 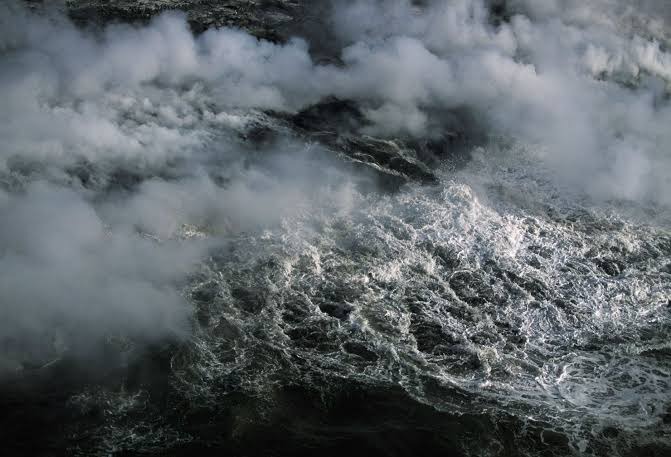 You might be wondering why suddenly some scientists are beginning to constantly talk about the earth's doom and how a catastrophic event would spell our end on earth by 2100. However, their ideas and conclusions are supposedly derived from several mathematical equations and theoretical approaches, one of which was first developed by an MIT professor, Daniel Rothman. Rothman predicted by the year 2100, the earth's carbon levels as found in the oceans would have reached a high level that would most likely spell doom for the earth. He explained that this would owe its existence to the activities of humanity, especially what he called man-made climate change, and stated that the event would affect earth but would most likely end all life on it. 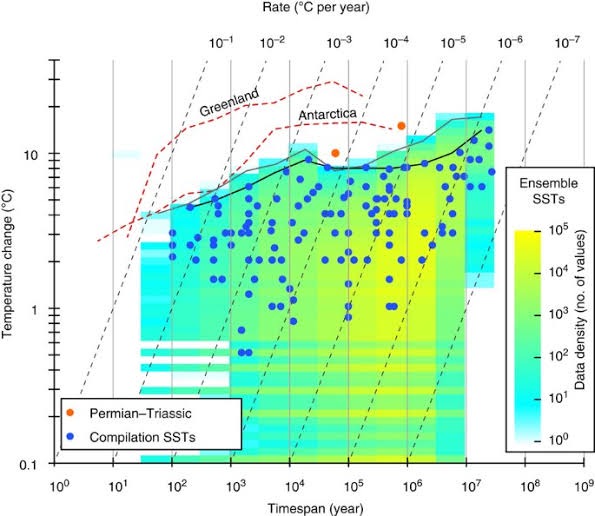 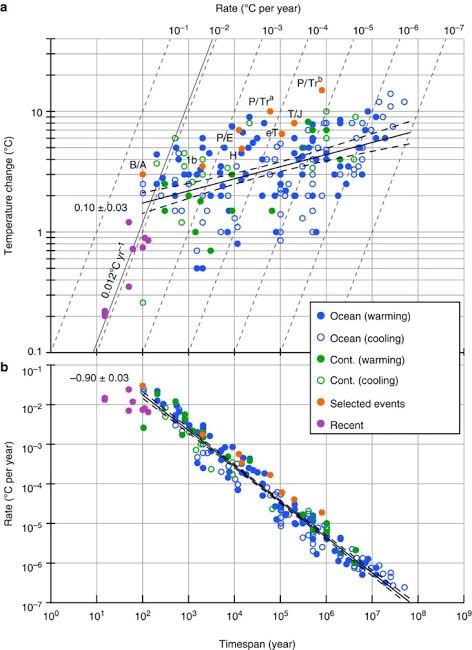 According to a publication by Rothman, he explained that based on his calculations along with that of other reliable science bodies and individuals, there is a very high possibility that our world's oceans would have been high in Carbon, reaching about 300 gigatons by the said date. He also explained that there is a possibility that this number could be higher reaching about 500 gigatons of carbon in sea waters, either way, he believes that any of these calculations must be taken seriously by the world's governmental bodies facing the issue of climate change or a great disaster awaits.

However, in this writer's opinion, life never really gets snuffed out on earth. It seems impossible that all life would end based on one particular event. Though this event may as well spell doom for the human population and some other animals on earth, it seems unlikely based on the evidence scientists have found, that life would simply end on the planet, or that the planet would simply become a dead zone.

While this said the potential danger is an event that would most likely take place, it might not be as predicted by Rothman in his calculations. These things as many have also said in various articles, take time. And if an event of that scale is to destroy life on earth, then there is a possibility that we are looking at at Atleast a few more centuries. Grunge Notes that it could as well still take another 10,000 years for this to happen but this would mean that Carbon emissions are reduced. Unfortunately, despite the warnings, the world keeps producing carbon-based machines and materials putting our world at great risk. 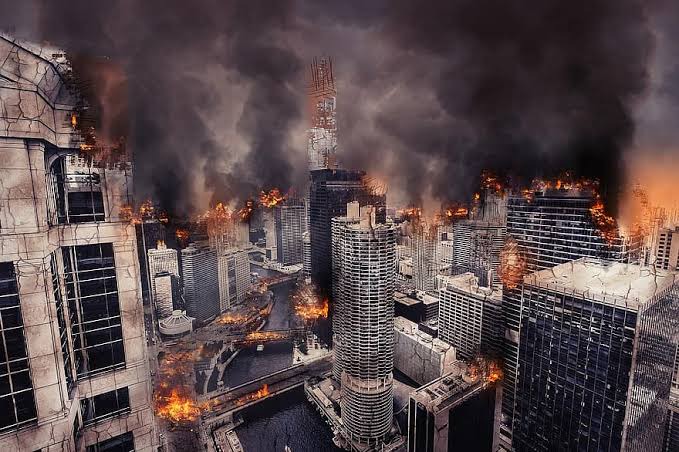 For those who believe in Rothman's calculation, which seems like a large percentage of the scientific communities, the idea seems likely to happen and has since continued to spread, informing conspiracy theorists and even some Religious bodies and personalities to build their popular end of the world prophecy around it.

While Rothman's calculation is just one of the many pointers to mass extinction in 2100, there is also the Nostradamus predictions, many of which point to a period similar to that of Rothman when the world would be experiencing quite an intense level of World destroying, life snuffing events. These events, he claims would leave us vulnerable. However, the Nostradamus's predictions are not particularly reliable since they have always been subject to interpretations and opinions. But we most certainly know that something big is coming and it is coming fast if humans do not begin to live better and live well, especially when it comes to climate change and waste disposal.

While earth's destruction has mostly been associated with supernatural interventions and activities, the most significant of all things we should fear at the moment is our damage to the earth's atmosphere.

5 Promises To Hold On To Whenever You Are Extremely Broke